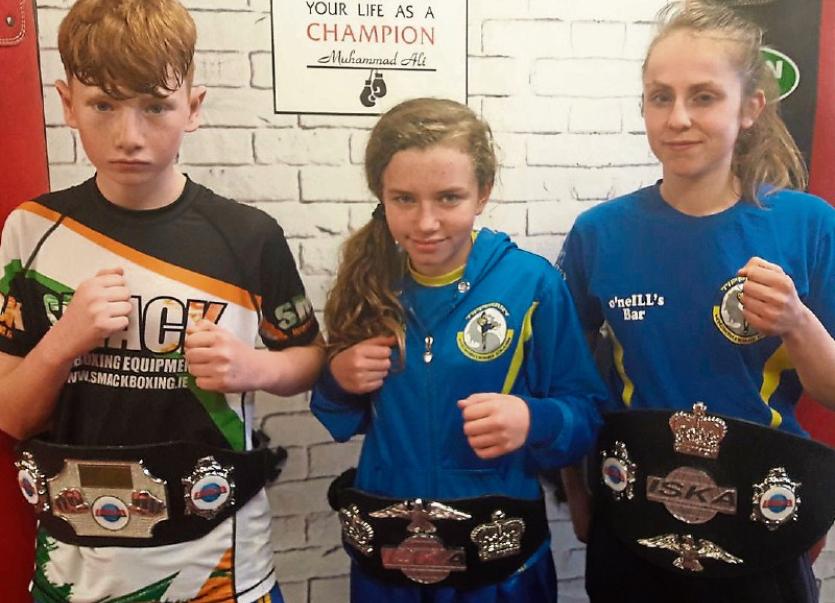 A super night of kickboxing sport took place in Tipperary town with Irish fighters from all over the country and the UK attending an IKA (Irish Kickboxing Association) tournament in the Times Hotel.

Kickboxing clubs travelled from Kilkenny, Carlow, Waterford, Dublin, Thurles, Shannon and Bristol in the UK to present their fighters to an audience of over 350 people. The atmosphere was electric and the home crowd, were in full support of the Tipperary Kickboxing Club, based in Tipperary town, who put forward its best fighters and walked away with more IKA National titles on the night.

Scott Carey Massey, who won sliver in the World Championship in 2014, was up against Brooklyn Saunders for the IKF Irish title. Scott took the title to the delight of his family and friends.

Lisa Maloney who has won the IKF Irish title, was up against Lauren Walsh in a battle for the senior IKA title. Lisa won all 5 rounds unanimously in another brilliantly fought fight.

World gold medalist and 4-times Irish national champion Alicia Chambers had her work cut out for her in the 4-nation title fight against Poppy Malsen from England.

Both girls came out to an electric atmosphere as the crowd geared up for an England versus Ireland showdown in a 5-round title fight.

The bell rang and in the first round Alicia crushed Poppy’s dream for a win at only 62 seconds and the entire place erupted in celebration.

The Tipperary Kickboxing club wish to thank John Buckley, Albert & Judy Nolan and all the staff at the Times Square Hotel, MC on the night Stevie O’Donnell , DJ Francis Hogan and all the sponsors..

The Tipperary Kickboxing club fighters are competing in the World Championships at the end of May and are looking for sponsors. If you would like to sponsor the fighters please contact Linda Swords