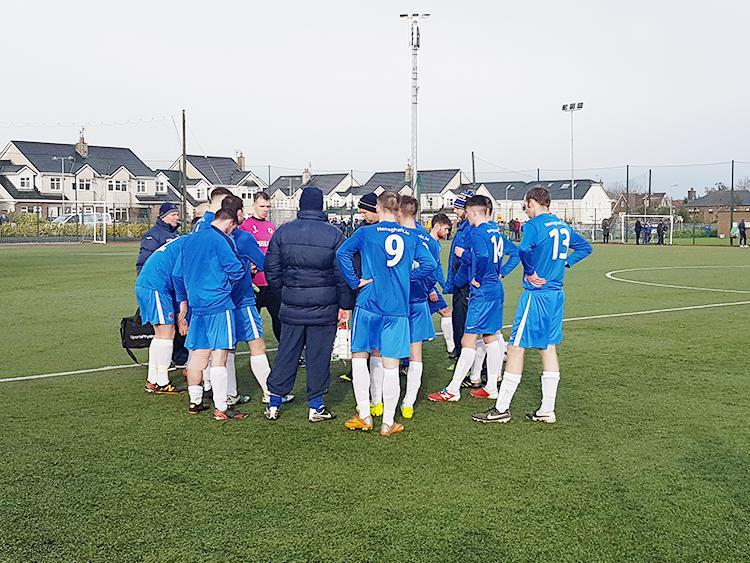 A gritty Nenagh AFC beat the Premier League leaders 2-0 at Pearse Stadium, Janesboro on Thursday evening to ensure that the Limerick District League title race goes to the final day - prior to this contest the Blues trailed Janesboro by four points, but this win closes the gap to one with a single round to play.

Right now Janesboro top the league on 47 points (+30 goal difference) and Pike Rovers are within striking distance in third place (44 points, +31) while Nenagh AFC are second on 46 points (+24). Therefore Nenagh AFC must win at home to defending champions Carew Park on Sunday in Nenagh (kick-off 11am) and hope that Janesboro drop points at home to Aisling Annacotty, a team who, ironically enough, beat the Blues twice in the league this season.

Janesboro will be hot favourites to seal the league title on Sunday, but irrespective of that fact Nenagh AFC have plenty to celebrate - the Blues have been excellent this season.

On Thursday evening, for instance, Nenagh AFC played terrifically well away to the champions elect. In the most trying of circumstances Nenagh AFC played football, took the game to Janesboro and took the lead thanks to a right-footed Barry Coffey finish before Nathan Kelly lashed the killer goal into the roof of the net.

That result ensured that Nenagh AFC completed the league double over Janesboro on Thursday (Nenagh beat Janesboro 2-1 at Brickfields in November).

It is ironic that Nenagh AFC’s two-one win over Janesboro propelled the Tipperary side to the summit of a division which features acclaimed clubs like Pike Rovers, Fairview Rangers, Ballynanty Rovers and Geraldines.

In 2012 Nenagh AFC became the first North Tipperary & District League side to qualify for the Munster Junior Cup final (a competition inaugurated in 1922), but found themselves beaten by Janesboro at Cooke Park, Tipperary Town. Such experiences forced Nenagh AFC to consider broader horizons as the club suffered from a lack of competition domestically.