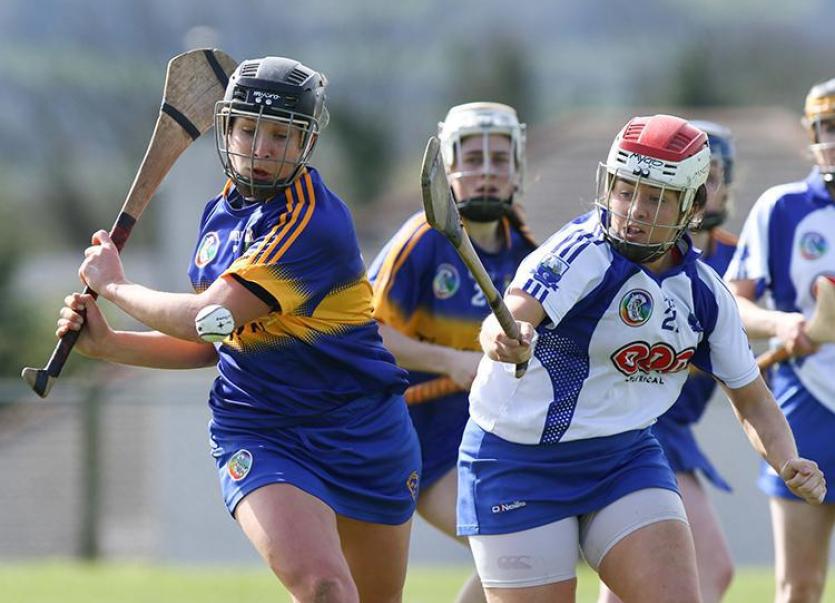 A highly-motivated and flying-fit Limerick team got the better of Tipperary in a Munster Senior Camogie Championship semi-final played at The Ragg on Sunday afternoon - Brian Boyle’s Tipp team gave it their all, but struggled to discourage the Shannonsiders in a cracking game.

Tipperary played reasonably well during the opening half, but a Dearbhla Egan goal in the 12th minute helped the visitors into a 1-5 to 0-7 interval lead. Playing with the wind in the first half Tipperary had fired twelve wides (Limerick one) and also dropped three shots short - such profligacy is sure to frustrate the Tipperary management who must now re-group ahead of the All-Ireland series.

The Premier County got off to a lively start and raced into a 0-4 to no-score lead inside the opening seven minutes with Jenny Grace and Nicole Walsh (three, two frees) accounting for Tipperary’s early scores.

Limerick fought back, however, and in the 12th minute Dearbhla Ryan struck for a rousing goal. Three minutes later the Tipperary defence was threatening to concede a second three-pointer, but scrambled the ball away at the expense of a ’50 which Niamh Mulcahy converted to tie the game.

The Tipperary wide tally had climbed to seven by the time Orla O’Dwyer swung over a superb point in the 18th minute to wrestle the initiative back. Five minutes later Rebecca Delee responded for Limerick before O’Dwyer struck one more.

Rebecca Delee was then fouled for a Limerick penalty which Caoimhe Costello tapped over before a Niamh Mulcahy free presented the Shannonsiders with a 1-4 to 0-6 lead. A Nicole Walsh free tied it up, but Limerick led at the break thanks to a Caoimhe Costello strike (1-5 to 0-7).

Limerick made the more positive start to the second half with points from Niamh Mulcahy (free), Caoimhe Costello and Caoimhe Lyons helping the visitors toward a 1-8 to 0-7 advantage.

Cáit Devane and Niamh Mulcahy (free) then traded points before Orla O’Dwyer was fouled and Nicole Walsh converted the resultant placed ball in the 40th minute - after this strike a score was added to both team’s tally on the scoreboard (following the game referee Cathal Egan insisted that the final score was accurate).

Teresa Ryan and Nicole Walsh combined beautifully to set up Ereena Fryday for a superb point in the 44th minute as Tipperary desperately tried to respond to the Limerick challenge.

Second half substitute Grace O’Brien tried to rouse her teammates with a neat point in the 53rd minute, but Limerick hit back thanks with a Niamh Mulcahy free. Nicole Walsh went for goal from a close-range free, but the Borris-Ileigh star’s stinging effort was saved. There was still time for Walsh to add another free to the Tipperary tally, by Brian Boyle’s team failed to create a late goal-scoring opportunity which could have rescued the situation.