THE PUNTER'S EYE: A weekend treble that could crown racing's return to the Curragh 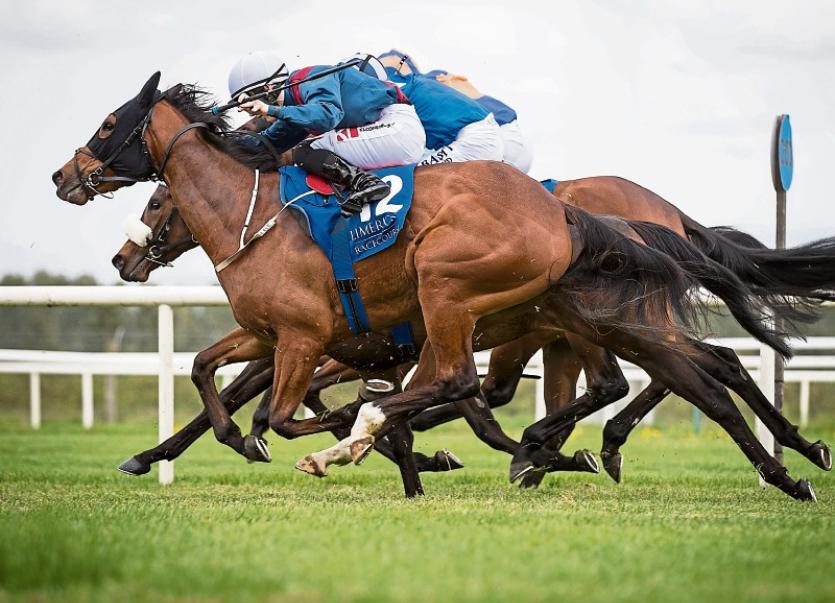 Horse racing returns to the Curragh this weekend despite ongoing upgrade works taking place at the Kildare track. A slightly reduced crowd will still have an array of racing talent to savour, however, and these three horses could just crown the weekend.

Running in the 15:55 race at the Curragh on Saturday, LAGANORE can kickstart the two-day meeting for followers of champion jockey, Pat Smullen. The Offaly man rides this one for Tony Martin over the 1M 2F trip. LAGANORE returned to action after being off since October by finishing third behind SOMEHOW at Gowran on April 30. He was just a length and a half down to Aidan O'Brien's charge that day, and will strip fitter today now at a favourable track. This horse likes good or even good to firm ground and despite rain being forecast, almost two weeks of dry weather in Ireland should mean the going remains good. He slammed LADY OF CAMELOT by four lengths on good to firm at Newmarket in October and had a similar margin to spare over RINGSIDE HUMOUR at Navan in May of last year. BEAUTIFUL MORNING may prove the biggest threat to the selection here for the all-conquering Jessica Harrington yard.

This one is a high-class sprinter with plenty of presence and experience. She runs in the 14:55 race at the Curragh on Sunday's card, and will take plenty of stopping over the five furlongs. She ran well in America while running for Wesley Ward but has her first start for Aidan O'Brien on Sunday. It is helpful that she has form on this side of the Atlantic, having made two starts in Britain in 2015. She won impressively at Royal Ascot in June of that year and was unlucky to be second to MECCA'S ANGEL at York a couple of months later. She is lightly raced but is easily the most exciting horse in this field and can make a winning debut for her new yard. A host of others are interesting based on their run behind WASHINGTON DC at Navan recently, including MAAREK, SPIRIT QUARTZ and ARDHOOMEY. However, if ACAPULCO is in tip-top shape, she can thoroughly vanquish them all here.

IRISHCORRESPONDENT was too impressive on debut to ignore him in this competitive field in the 16:55 race at the Kildare track on Sunday. Mick Halford's runner had three lengths to spare and was a comfortable winner at Leopardstown in April. MUSIC BOX was second and SO YOU THOUGHT third in a good contest. IRISHCORRESPONDENT seemed to have left his effort a little too late but zoomed past the leading pack to score with quite a bit in hand inside the final half furlong. He will come on from that run and is surely the biggest improver in this small field. SO YOU THOUGHT franked the form of that Leopardstown race by winning since, but others still seem to be preferred to the selection in Sunday's market. HOMESMAN is the likely favourite for Aidan O'Brien having managed to finally get off the mark last time out on his third start. His two earlier runs were decent but he really got the hang of things that day to score at the expense of MODERN APPROACH at Limerick on April 30. PERCY may be able to bounce back after two poor efforts, while BRANCH LINE is also not discounted for the shrewd Andrew Slattery operation. However, IRISHCORRESPONDENT could very well be a special talent and Shane Foley can steer him to victory on Sunday.

Odds on a treble with these three horses is around 64/1.