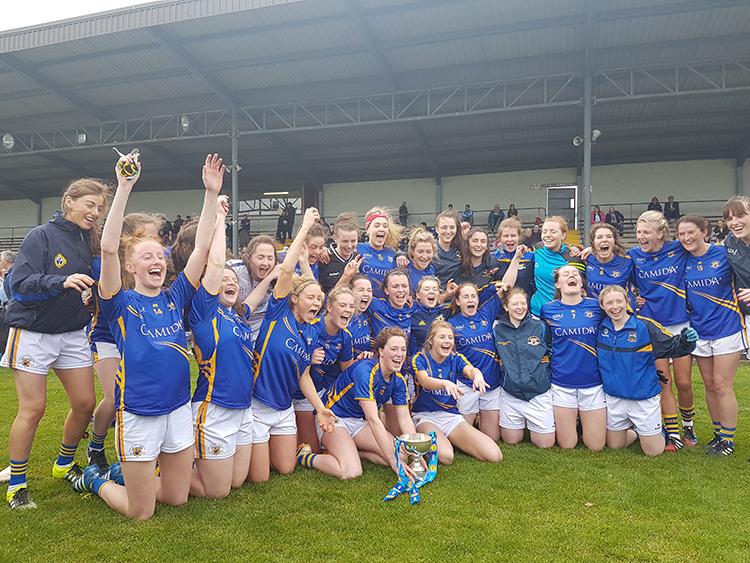 Indeed, playing with all of the guts, guile and raw pride that supporters of the blue and gold love to see associated with their inter-county teams the Tipperary ladies footballers fought back from six points down to beat Wexford.

In first half injury time Tipperary trailed 0-5 to 1-8, but proceeded to score eight points without reply either side of the interval to streak into a two-point advantage (0-13 to 1-8). And, Tipperary’s resilience was tested to a significant degree in the final quarter when a series of sin-binnings reduced Shane Ronayne’s team to just twelve players. To their credit, however, Tipperary dug deep and even though Wexford drew level with three minutes to play the Premier ladies earned two late frees to seal this famous win.

We were treated to a highly-entertaining Mid Tipperary Minor A Football Championship final at Templetuohy on Friday night which JK Bracken’s Óg won after extra-time (1-16 to 2-11). And, despite the terrible weather conditions this final was stuffed full of furious action, plenty of drama and featured several individual displays of real note.

Moycarkey-Borris led by three at the break (2-3 to 0-6), but JK Bracken’s Óg surged into a three-point advantage (1-11 to 2-5) by the 48th minute only for Moycarkey to win the remainder of the contest 0-4 to 0-1 to force extra-time (1-12 to 2-9). JK Bracken’s Óg then proved the more accomplished side in extra-time when inspired to a divisional title by Shane Sweeney in goal, Paddy Cadell at midfield and Neil Quinlan at full-forward. But, perhaps, the man who was most deserving of the man of the match award was Michael Egan. The JK Bracken’s Óg full-back endured a difficult opening quarter before re-grouping and playing brilliantly for the remainder of the contest.

Meanwhile Jack Hackett, Anthony McKelvey and Kyle Shelly caught the eye for a Moycarkey-Borris team who will be wondering how they managed to concede thirty-eight frees (JK Bracken’s Óg 29) - a greasy evening certainly contributed to the issue.

In the North Tipperary & District League Nenagh Celtic strode to a 5-0 win over Roscrea United B in the Tipperary Cup final. Meanwhile Nenagh AFC beat Carew Park in the Lawson Cup semi-final on penalties and will now compete in the final of the Limerick District League’s most prestigious cup competition on Sunday, May 21st.