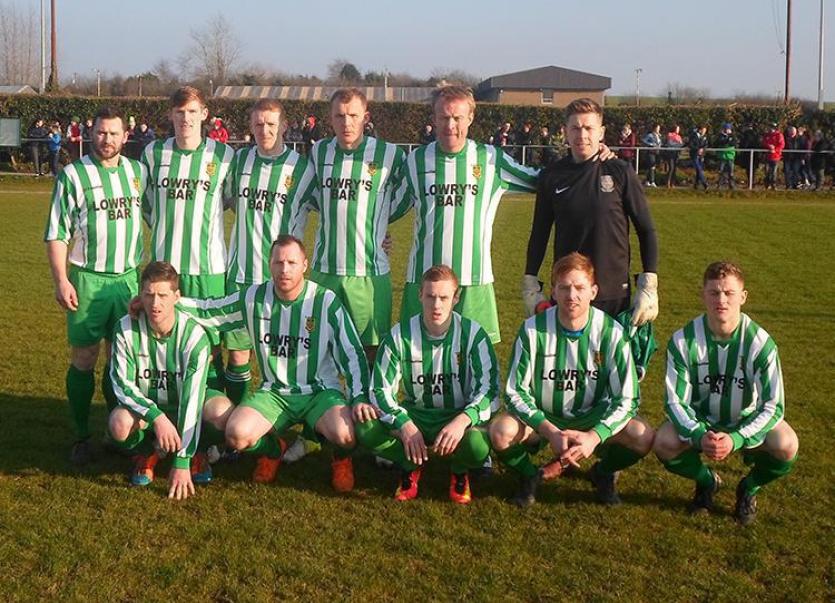 St Michael’s, who collected the Tipperary South & District League Premier League and cup double in recent weeks, are this week preparing to take on Limerick’s Pike Rovers in the Munster Junior Cup final - the Saints will hope to land a treble of soccer titles at Celtic Park, Clonmel on Saturday, May 20th (6.30pm).

Tipperary junior soccer sides, of course, share a proud tradition in the competition with Clonmel Town winning the coveted title in 1950, 1986 and 2006. Clonmel Bohs claimed top honours in 1968 and Carrick United, who operate in the Waterford league, also won the title in 2004, 2010 & 2015 while St Michael’s have won the title eight times (1973, 1990, 1991, 2001, 2005, 2011, 2014 & 2016). The Saints are, of course, the defending champions of this prestigious provincial competition. Indeed, Tipperary clubs have won five of the last six Munster Junior Cups and supporters of junior soccer in the county will be hoping to find themselves celebrating a four in-a-row on Saturday.

Meanwhile St Michael’s have endured an arduous route to this decider and a campaign which has featured some gritty performances. St Michael’s got their cup run underway with a 3-0 win over Kilsheelan United before beating Cashel Town (3-0) and Clonmel Town (3-0) away from home. In the fourth round the Saints were away, once more, to Thurles’ Peake Villa and thundered to a 5-1 victory. St Michael’s made two consecutive trips to Waterford in the fifth and sixth rounds when beating Hibernians (3-2) and Dungarvan United (4-2) respectively to qualify for the last four. And, the Saints were drawn away from home, once again, against Broadford United in the semi-finals, a clash St Michael’s won 4-2. Indeed, it is extraordinary to note that the Tipperary South & District League champions have only been drawn at home once during this campaign.

St Michael’s have every chance of winning this weekend and feature some terrific players. Player-manager James Walsh is likely to combine with Paul Breen at the heart of a back four while Aaron Wall is sure to start between the sticks.

At full-back Chris Higgins and John O’Brien are in terrific form while midfield is likely to feature players like Colin Bargary, Richie Ryan and Joey Mulcahy. Wingers Jimmy Carr and Paddy Fitzgerald always pose a threat while centre-forward David Slattery can be trusted to deliver the goals.