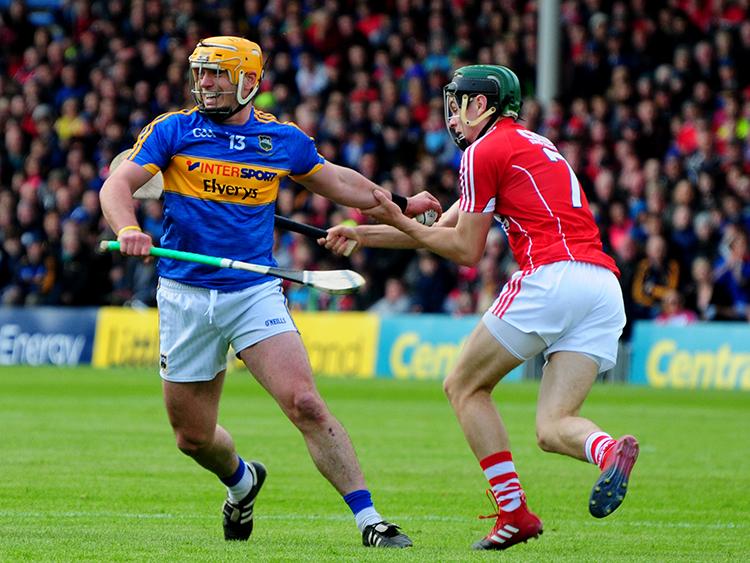 Cork hurling manager Kieran Kingston believes that matching the pace set by the All-Ireland champions in the opening half was the key to the Rebels’ success at Semple Stadium - the opening half of the Munster Senior Hurling Championship finished all square (0-15 apiece) and Kingston knew that his side were then in a position to really challenge Tipperary.

Cork duly re-grouped at the break and despite playing against the breeze in the second half worked hard to set the terms and conditions of this contest. Indeed, it could be argued that the Rebels dictated the game for prolonged periods.

“We were pleased to be in the game (at half-time). We knew that we had a huge ask in the second half since we had played with the (wind) advantage. We knew they were going to come at us and we felt that we had to hold our shape and continue working hard,” Kieran Kingston explained.

“I think there were a few defining moments in the game. The first fifteen or twenty minutes were very important in terms of staying in the game given the young team that we had. Secondly when they got a goal we responded to it. Instead of them getting the next score and, suddenly, it becomes a four-point goal it’s a one-point goal. And, that was critical. And, then when we got the chances we took them,” Kingston told the Tipperary Star.

And, Kingston’s gamble of handing Munster Senior Hurling Championship debuts to no less than five players came off: “They worked really hard. We picked guys on form not because they were young - they happened to be young and that just happened to be the case. We are delighted by the way that they adapted to the big occasion and against the All-Ireland champions in Thurles when making their championship debuts. But they were only as good as the senior players that led the team”.

From a tactical point of view Cork managed the game expertly. The Rebel wing-forwards worked out the field, Conor Lehane was threatening as a roving centre-forward and then the Cork defenders had the moral courage to win the ball, come forward and, when possible, deliver a tailored toward to a set of inside forwards who worked from inside to out to devastating effect.

Essentially Cork hit Tipperary with a critical double whammy - Kieran Kingston’s men restricted space in their own half and created it in the half of the All-Ireland champions.

“A lot is said about tactics when you win - when you lose they are wrong,” Kieran Kingston told the Tipperary Star.

“Today we felt that we got it right and it worked for us, but the next day it will be a totally different ball game. Any time you win you are pleased with what you did,” the Tracton man added.

“When you are playing against the best half-back line in the country you can’t just launch it down on top of them. You have to use the ball well; you have to get it and then you have to use it well. And, I think that our lads did that well today. It’s all about getting your head up, looking and playing the game with your head.

“Today our lads were hungry and they showed good composure. As we said to them before the game - give it your all and give a performance as good as you possibly can. And, where that left us at the end of it, well, we thought that would take care of itself. It just happened to give us a good result which we are delighted with,” Kieran Kingston said.

“We have got to keep this in context. It is one win. We are delighted with the win, but we park it after today and we will focus on the next game.”