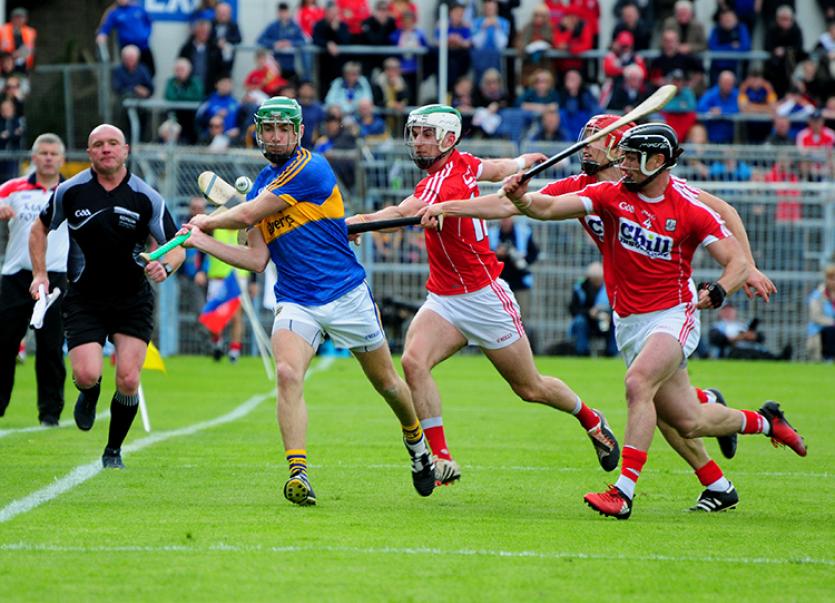 Check out manager Michael Ryan’s reaction to the defeat, learn why Kieran Kingston believed the first half was so important to the raiding Cork side and hear from Pádraic Maher who admits that Cork “dictated the game”.

On Saturday Leahy Park in Cashel hosted the Tipperary Water County Under-21A & B Football Championship Finals. Clonoulty-Rossmore prevailed in the B decider 1-11 to 0-7 against Cahir having led 0-6 to 0-3 at the break. Meanwhile Moyle Rovers won an exceptional A final 3-12 to 2-12 having trailed 1-6 to 2-8 at half-time.

On Friday night in Holycross Moyne-Templetuohy-Thurles Gaels beat Boherlahan-Dualla in the Mid Tipperary Minor B Football Championship final 1-9 to 2-4 having trailed by a point at the break (0-5 to 1-3).

St Michael’s were denied a famous treble at Celtic Park, Clonmel on Saturday evening - having already collected the Tipperary South & District League double the Saints hoped to successfully defend their provincial title, but, unfortunately, James Walsh’s side were beaten by a Pike Rovers team who performed brilliantly (1-2).

Meanwhile Nenagh AFC, who have enjoyed a terrific season in the Premier Division of the Limerick District League, finished their ground-breaking season empty-handed on Sunday afternoon when losing out to Ballynanty Rovers in the Lawson Cup final at Jackman Park, Limerick (0-1).