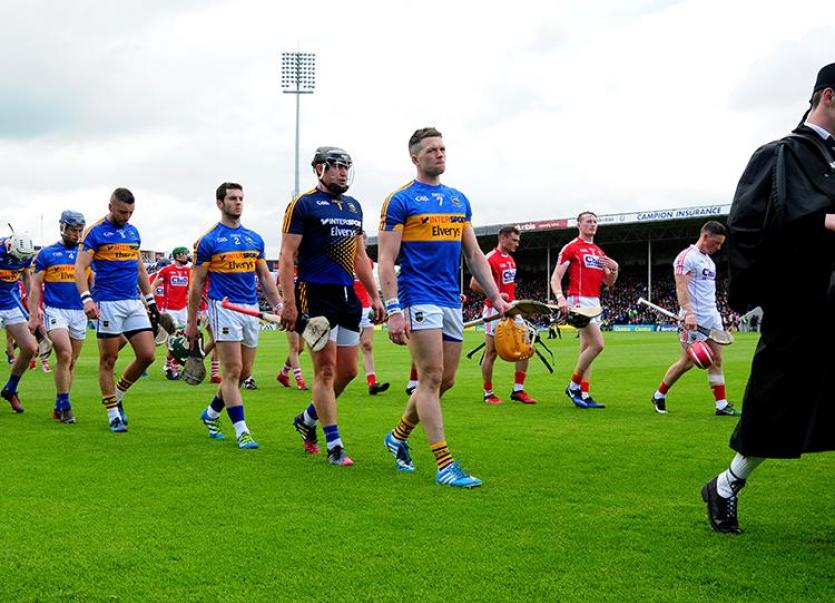 Now is the time for supporters of the blue and gold to unite behind the Tipperary panel of players. The Premier County suffered a shock defeat (1-26 to 2-27) at the hands of Cork in a Munster Senior Hurling Championship quarter-final on Sunday at Semple Stadium, Thurles and although that reversal has propelled the defending All-Ireland champions down the qualifier route there is plenty of time for Michael Ryan's men to regroup and force their way back into contention.

It is understandable that Tipperary supporters are concerned about a defeat which follows a sixteen-point mauling suffered at the hands of Galway in the recent Allianz National Hurling League final, but the players require your support now more than ever. If you have time to complain then you have time to help - supporters of the team can make themselves part of the solution as opposed to part of the problem by getting behind the squad.

Indeed, senior hurling manager Michael Ryan told the media following the four-point defeat on Sunday that Tipperary have “lots of soul searching to do”, but the Upperchurch-Drombane man was also keen to emphasise that his players are determined to represent their county to the very best of their ability.

“There are a couple of facts that absolutely need to be confirmed here. We have a super bunch of fellas down there (in the dressing room). They care a huge amount about Tipperary hurling. They didn’t do anything wrong here today; they just came up against a really, really good Cork team. And, we were not sharp enough. So, we have work to do,” Michael Ryan said.

In the qualifier preliminary round the Christy Ring Cup champions meet a loser from the Leinster quarter-finals. Then the eight remaining teams contest round one of the qualifiers with three matches between Leinster and Munster opposition ensured where possible on Saturday, July 1st.

Reasonably positive news emerged from the Tipperary camp this week - corner-back Cathal Barrett did not suffer a cruciate knee ligament injury on Sunday and although the Holycross-Ballycahill man may miss a number of weeks the All-Star should be back playing in July.

The Tipperary senior hurling management team have confirmed that Cathal Barrett has been assessed and has sustained a grade two medial ligament strain. The corner-back is expected to make a full return to training within six to eight weeks.

Outside of Cathal Barrett by the time Tipperary face into competitive action once more Michael Cahill, Donagh Maher, Barry Heffernan and Patrick Maher will be fit, Séamus Callanan will be match sharp and Jason Forde will also be available following his suspension.

Tipperary, certainly, have some straight-talking to do and the starting team potentially requires significant surgery, but all is not lost.

Manager Michael Ryan, coach Declan Fanning and selectors Conor Stakelum and John Madden have plenty of material to work with. And, don't forget the quality of people that feature in the Tipperary back room team - do not underestimate the impact that individuals like Brian Horgan, Denis Leamy, Tony Óg Regan, Damien Young, Ciarán Keogh, Brendan Murphy and, of course, Paddy O’Brien could yet have on the 2017 campaign.

For the reaction of senior hurling manager Michael Ryan to Sunday's defeat and his assertion that Tipperary have “lots of soul searching to do” please click here.