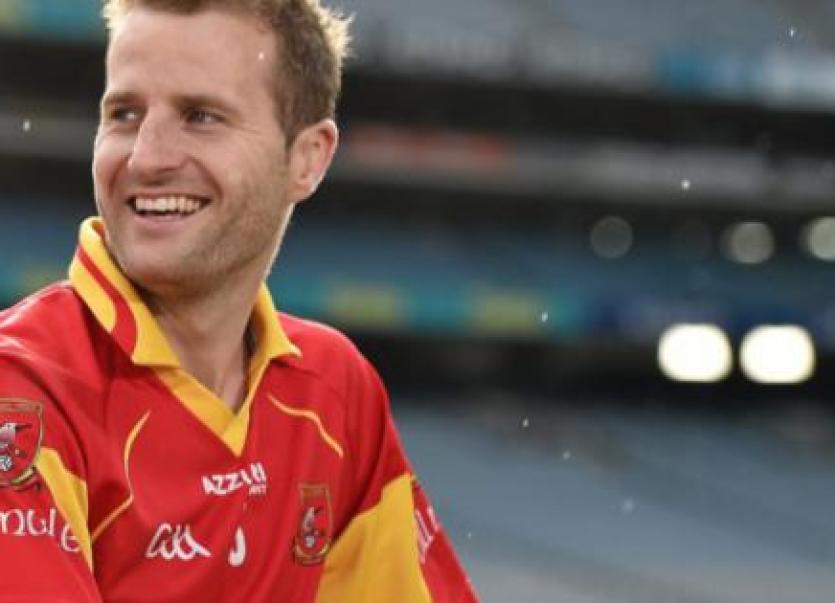 Kieran Bergin who starred for Killenaule in the CSFC

Bubbles Dwyer and Kieran Bergin  contribute 0-7 between them as Killenaule  defeat Drom-Inch by 2-22 to 2-9.

It was all one-way-traffic in this Tipperary Water county senior football championship tie at Templetuohy when Killenaule comprehensively defeated a much under strength Drom-Inch side which struggled to get to the pace of the game.

With their hurlers involved in the senior championship at the weekend, many of the Drom-Inch big guns were sidelined, but their opponents did not look at the game in the same fashion and their strongest fifteen was on show and made it count.
With the game only 34 seconds old, Drom-Inch were rocked when half back Declan Ryan was black-carded. While the mid men shook their heads in disbelief, Killenaule capitalised and they had 0-7 on the board before the first score materialsed for their opponents in the form of a David Butler pointed free.
The Killenaule scores came from a multiplicity of players including Michael Doyle, Kieran Bergin, John O'Dwyer and Joe O'Dwyer. And, they were to go on and add a further six to their tally to lead by 0-13 to 0-5 at the break, their scores all coming from the same sources again as they completely steamrolled the mid men.
Drom-Inch though kicked eight wides in the half and while Tommy Nolan, Brendan Larkin and David Butler (2) had scores to give them something to cling onto, they knew that despite being overwhelmed, they could have been much closer to the south men had they been more economical in front of goal.
Drom-Inch had a number of goal chances after resumption including a smack off the crossbar from Jerome Ryan, but by the end of the thrid quarter they were 0-19 to 0-6 in arrears, Killenaule building on their lead with scores from Tony Doyle (3), John O'Dwyer and subs Gearoid O'Rourke and Jack Hayes.
A Paul Kennedy goal in the 16th gave Drom-Inch some hope, but Tony Doyle responded in the 19th for Killenaule with a fine strike after a great move involving Bergin, Bubbles and Michael Doyle. And, when Eddie O'Brien added a second goal in the 21st minute it was curtains for Drom-Inch who managed a late consolation goal from Kennedy before the end.
Killenaule will have learned little from this contest but will be glad nonetheless to have had the run out, while Drom-Inch, though to be credited with the commitment of those who lined out, will want to forget this encounter in a hurry.