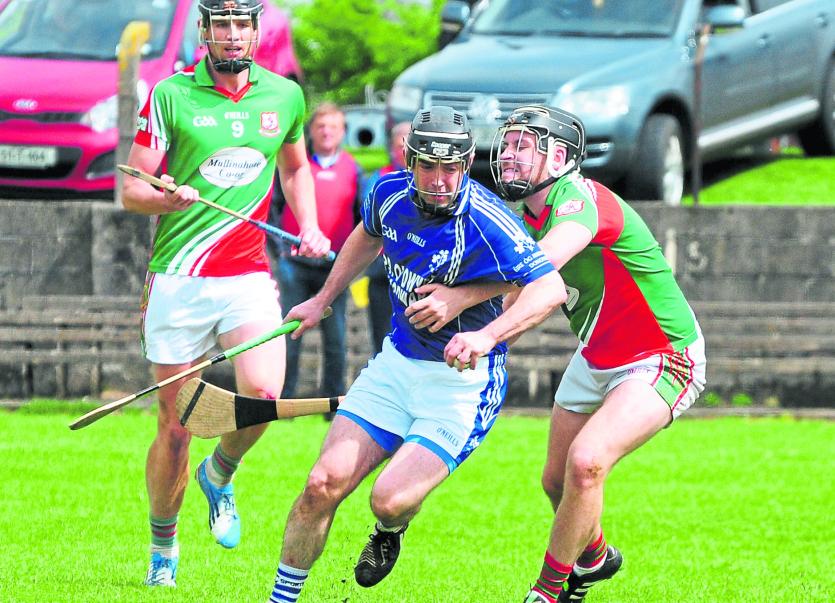 There is little room for manoeuvre as the county senior hurling championship is set to take real shape. Indeed, vital games are scheduled take place this weekend in the Roinn I and Roinn II.

Having shipped opening round defeats in group one Borris-Ileigh and Upperchurch-Drombane now require victories, pronto.

Both games in group one take place on Sunday, May 28th - Borris-Ileigh face Loughmore-Castleiney in Semple Stadium, Thurles (7.30pm) while Upperchurch-Drombane take on Kiladangan in Dolla (7.30pm).

Both Loughmore and Kiladangan will be favoured to seal their place in the knock-out stages of this year's championship, but both Borris-Ileigh and Upperchurch are well capable of winning against the odds.

On Sunday, May 28th group two features an appetising collision between Drom & Inch and Clonoulty-Rossmore in Semple Stadium, Thurles (6pm) while on Friday Ballina and Portroe meet in MacDonagh Park, Nenagh (7.30pm).

The clash of neighbours Ballina and Portroe is crucial to both sides - both lost on opening day and the spectre of relegation to roinn II now hangs over them.

Meanwhile the contest between Drom & Inch and Clonoulty will give a good indication of both side's ambitions for the year.

Plenty of intrigue surrounds the forthcoming action in group three with both games taking place on Sunday, May 28th at 3.30pm.

Thurles Sarsfields set the pace with an opening round demolition of Carrick Swans and now face a Kilruane MacDonagh's team who are in terrific form. Both sides won their opening round games so the victor here looks set to win the group outright.

And, while that interesting battle takes place in Templemore the Holycross venue will host the meeting of Nenagh Éire Óg and Carrick Swans. Éire Óg lost heavily to Kilruane first day out and duly decided to remove their management team. Offaly's Brian Whelahan has now taken the reins in Nenagh, but has little time to prepare an Éire Óg team who may just be vulnerable to a Carrick Swan outfit who will be desperate to avoid an immediate drop back into Roinn II.

This game looks sure to attract a crowd while Mullinahone and Burgess meet in Templemore at 2pm. Both Burgess and Mullinahone are sure to be highly motivated for this one with, presumably, the defending South champions favoured to edge the contest.

The chase for places in the Séamus Ó Riain Cup semi-finals and spots in Roinn I for 2018 is now well underway in Roinn II.

On Saturday, May 27th Roscrea face Newport at Toomevara (7.30pm) in group one while on Sunday, May 28th Ballingarry take on Toomevara in Holycross at 2pm.

Toome and Newport won first day out and although the Greyhounds will be favoured to win against Ballingarry the Newport men need to respect the threat posed by Roscrea and especially forwards like Sam Conlon.

In group two Templederry are in a position to win their group and book their place in the Séamus Ó Riain Cup semi-finals should they beat Moycarkey-Borris on Saturday, May 27th in The Ragg (6pm) - the Kenyons beat Silvermines on opening day while Moycarkey-Borris are making their debut in this three-team group. Templederry manager Eoin Brislane is sure to fancy his chances here.

JK Bracken's are also in a position to win group three - the Mid Tipperary men beat Borrisokane comprehensively first day out and now take on Clonakenny on Saturday in Templetuohy at 7.30pm. Watch out for a lively Clonakenny team who could complicate matters here.

Finally, in group four on Saturday, May 27th Holycross-Ballycahill will be heavily favoured to frank the form they showed in an impressive opening round win over Lorrha-Dorrha. In this three-team group Holycross-Ballycahill now face a Knockavilla Kickhams team who will be eager to make their mark in Clonoulty at 7.30pm.