Round-Up: Upperchurch light up the Tipperary senior hurling championship with a stirring display 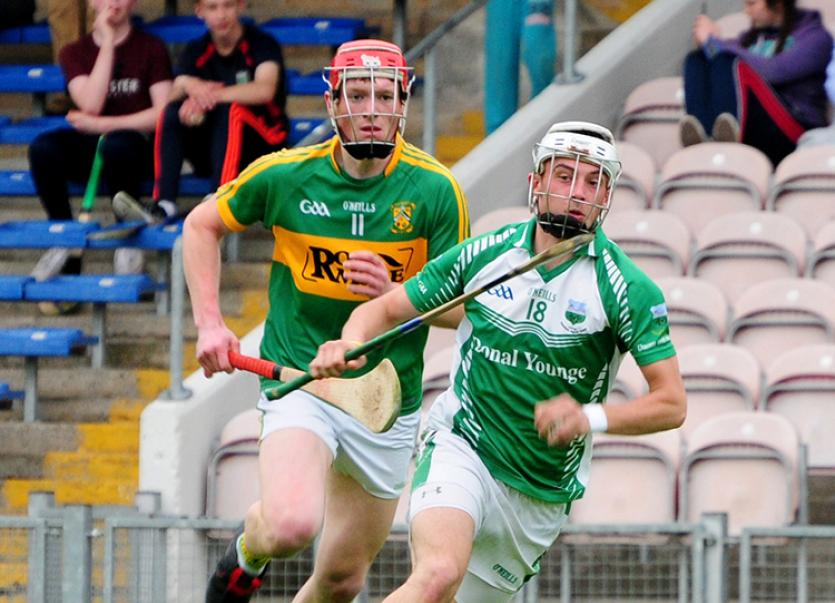 There was plenty of action in the Tipperary Water-sponsored county senior and intermediate hurling championships over the past few days - please read on for all the details, how the groups now stand and what the final round of group games may bring.

Upperchurch-Drombane lit up the Tipperary Water Senior Hurling Championship on Sunday evening in Dolla when beating Kiladangan 0-15 to 1-9 - the performance of the Upperchurch team, which featured a ferocious work rate, spoke volumes for the players, management and everyone associated with the club.

Dan Hackett’s Kiladangan are hugely talented, but Upperchurch-Drombane refused to allow the 2016 county senior hurling finalists an inch of room and were good value for this three-point win in group one of Roinn I. Meanwhile at Semple Stadium, Thurles Borris-Ileigh and Loughmore-Castleiney drew 1-16 apiece.

Loughmore-Castleiney now lead group one on three points followed by Upperchurch-Drombane on two, Kiladangan on two and Borris-Ileigh on one - entering the final round of games it’s all to play for. In the third round Upperchurch-Drombane face Borris-Ileigh and Kiladangan take on Loughmore-Castleiney with the winner of both ties sure to book their place in the knock-out stages.

Killenaule lead group four of Roinn I with two wins from two games - on Sunday in Leahy Park, Cashel the side coached by Paddy Moore beat Éire Óg Annacarty 2-20 to 1-19 - the game was level at the break (1-7 to 0-10). Meanwhile in Templemore Mullinahone returned to winning ways when beating a determined Burgess team 1-17 to 0-18. Killenaule now top the group on four points with Éire Óg Annacarty and Mullinahone on two. Burgess are bottom on zero, but there is still plenty to play for the final round of games when Killenaule face neighbours Mullinahone and Éire Óg Annacarty take on Burgess

In group one of Roinn II Toomevara continue to set the pace with their second successive win when beating Ballingarry 2-23 to 1-17 at Holycross on Sunday. The Greyhounds led that contest 1-13 to 0-9 at the break and Ballingarry finished the game with thirteen men. Meanwhile on Saturday evening at St Michael’s Park, Toomevara Roscrea saw off a determined Newport team 1-17 to 1-11. Toome now lead the group on four points, Roscrea and Newport trail in second and third place on two while Ballingarry have zero points. In the third round Roscrea face Ballingarry and Newport take on Toomevara.

Templederry won group two on Saturday when beating Moycarkey-Borris 0-24 to 1-14 having led the Mid men 0-13 to 0-6 at half-time. The Kenyons beat Silvermines in the opening round of this three-team group and have now booked their place in the Séamus Ó Riain Cup semi-finals. Meanwhile the loser of the clash between Moycarkey-Borris and Silvermines will face a relegation play-off.

In Roinn II group three JK Bracken’s and Clonakenny drew (0-20 to 1-17) on Saturday evening in Templetuohy. This is another three-team group which JK Bracken’s lead on three points with Clonakenny second on one and Borrisokane bottom on zero; in the third round Clonakenny face Borrisokane with the loser of that contest facing a relegation play-off while JK Bracken’s watch with interest.

Holycross-Ballycahill sealed top spot in group four and booked their place in the Séamus Ó Riain Cup semi-finals on Saturday when Michael Ferncombe’s men beat Knockavilla Kickhams 2-24 to 0-14 having led 1-12 to 0-7 at the break. This is another three-team group. Holycross-Ballycahill beat Lorrha-Dorrha in the opening round meaning that the loser of the forthcoming contest between Lorrha and Knockavilla will face a relegation play-off.

There are just three teams in group two. On Sunday Drom & Inch beat Roscrea 3-26 to 2-11 - that result propelled the Mid men to the summit of the group following their opening round draw with Moneygall. In the third round Roscrea face Moneygall.