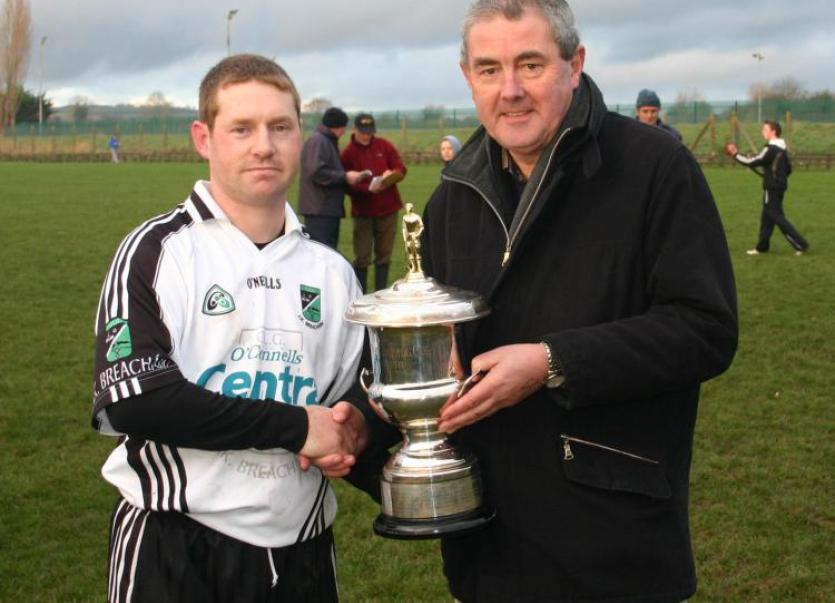 The Europlan Group has hailed the GAA clubs of Tipperary for their “fantastic” level of co-operation during a health and safety audit which was recently carried out by the consultancy firm based in Clonmel.

Representatives of the Europlan Group made a presentation to a meeting of the Tipperary County Board on Tuesday, May 30th in the Sarsfields Centre, Thurles. A decision was taken by the County Board to retain the services of the Europlan Group in order to complete a health and safety audit on every club in the county and consequently upgrade the safety statement with regard to each individual club.

The purpose of the audit was to identify works required in each individual club in order to comply with statutory regulations and minimise or eliminate risk to members of the association and the public completely.

Representatives of the Europlan Group praised the clubs of Tipperary for their “fantastic” level of co-operation during the audit and also revealed they were impressed the “level of dedication and enthusiasm” shown by club officers.

As a result of the audit each individual club received individual recommendations for works to be carried out while the Europlan Group also noted generic issues which were common to many clubs following the inspection process.

Europlan revealed that a lack of fire protection and fire prevention equipment was a persistent issue with GAA clubs while they also called for a county-wide policy to be developed with regard to the use of defibrillators. Europlan also warned that they would not recommend that members of clubs work alone on site and that if members could not work in tandem a policy should be developed by each individual club to check in on club members who were working alone at a given GAA club.

Europlan advised that great care was required in terms of the storage of chemicals on site and that the use and storage of lime on site is a “no-no” - Europlan insist that lime should be removed from every storage facility in every club.

The consultancy firm described the levels of hygiene in clubs as “quiet good” and advised all clubs to carry out a deep clean on all toilet areas before the season starts. Europlan also encouraged clubs to ensure that hygiene standards are maintained at the highest possible level.

In terms of buildings and maintenance Europlan described the boundary and fencing at clubs as “quite good”, but indicated that barbed wire is a “no-no” which should be removed. Europlan also revealed that concrete seats and benches, which feature in many clubs, were often in “bad shape” and need to be repaired as soon as possible. Indeed, Europlan advised that if a club is engaging in re-development work then to think seriously about removing concrete benches completely.

County Board development officer PJ Maher thanked the Europlan Group for their “fantastic job”. Mr Maher also revealed that Tipperary's public liability insurance premium had increased by five per cent to €228,000. PJ Maher said that GAA clubs in Tipperary were the subject of a significant number of public liability claims (slips, trips and falls) which could have been avoided.