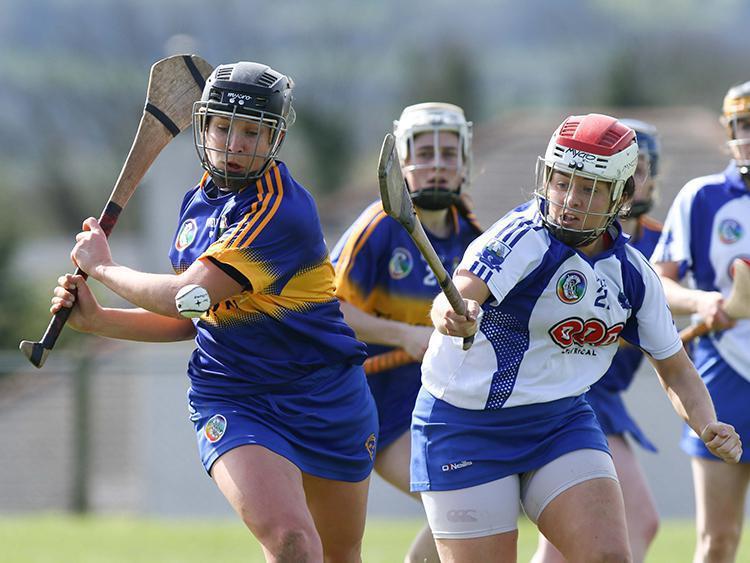 Horse trainer Vincent O’Brien loved to test the credentials of his leading contenders over a stretch of turf that he referred to as the “truth gallop”. Equivalents of that piece of interrogative terrain exist elsewhere in sport and the Tipperary senior Camogie team face one such test on Saturday next: how the Premier County do against Cork at The Ragg on Saturday, June 10th (2.30pm) will illustrate to Brian Boyle’s team exactly where they stand.

Cork lost the 2016 All-Ireland final to Kilkenny, but have won twenty-six titles in all and appeared in twelve of the last fifteen finals, winning seven O’Duffy Cups in that time.

Meanwhile Tipperary have been a coming team for some time. It appears that the senior panel are on the brink of doing something very special, but in order to do so Tipp need to register a big win. A significant win could create a tipping point of sorts and deliver a critical double whammy: transform the players’ expectation of themselves and also rouse public support for the side managed by Brian Boyle and coached by Denis Kelly.

“I do think that we need that big win. On a couple of occasions now we have come up just short and we get good praise. Everyone says that we are coming, but we still have not actually got the win that we need,” Tipperary captain Mary Ryan told the Tipperary Star this week.

Tipperary lost to defending champions Kilkenny and Cork during their league campaign, but did register wins over Dublin, Wexford and Waterford before missing out on the last four of the competition on scoring difference.

“The league went well - we beat Wexford in the league and Dublin and Waterford. It was great and it was positive to finish well, but we probably do need that big win against one of the bigger teams. It is probably that big win that our panel and that the county needs really to show us what we are capable of. We are coming up a little bit short and, okay, we are learning from it, but, probably, it is coming to a time now that we need that big win to keep that confidence building rather than taking another setback,” the 29-year-old engineer explained. 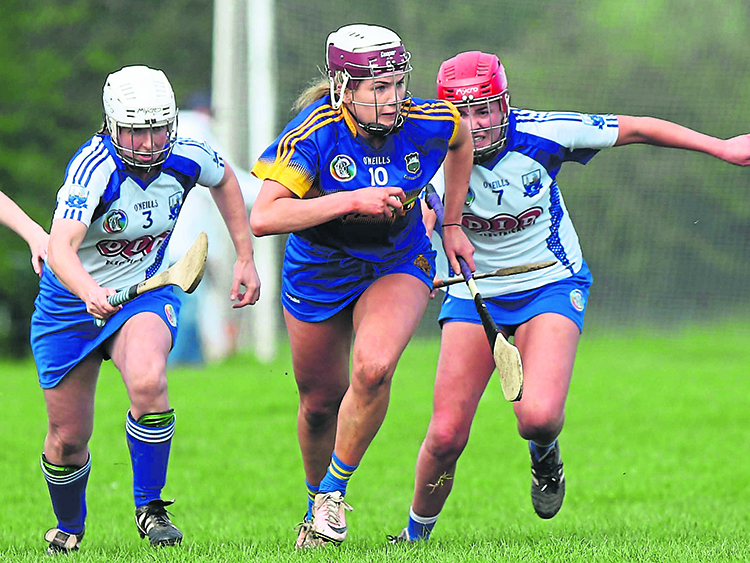 Mary Ryan has featured on the Tipperary panel since 2005 and knows the landscape of inter-county Camogie as well if not better than most. The Moneygall star knows that Cork will enter Saturday’s contest as favourites and that Tipperary cannot afford to read too much into the league contest with the Rebels which the Premier County lost by a point.

“Being favourites, I think, can knock you sometimes, but we definitely will be underdogs against Cork,” Mary Ryan explained.

“So, we know that we are up against a big challenge. Most of the talk is about Kilkenny and Cork so we hoping to try and cause an upset. If we could get a great performance against Cork then we would have great confidence going into the rest of the games.

“We only lost (to Cork) by the bare point (in the league). And, when you lose by just a point to Cork you then feel that you are well able to take them on and compete. So, we should take confidence from that, but, at the same time, championship is another level. We have to be aware that Cork will be ready and they will come out all guns blazing, but I think that we have been preparing very well,” Mary Ryan added.

Tipperary lost a recent Munster Senior Camogie Championship semi-final to Limerick (0-14 to 1-14) at The Ragg. Tipp played reasonably well during the opening half, but a Dearbhla Egan goal in the 12th minute helped the visitors into a 1-5 to 0-7 interval lead. Playing with the wind in the first half Tipperary had fired twelve wides (Limerick one) and also dropped three shots short. Ultimately, the performance proved disappointing, but credit to the Tipperary camp, they swallowed the bitter pill, did not complain about the taste and got back down to work.

“I thought they were better on the day - they seemed to attack us a lot stronger than we attacked them. They were very confident and they seemed to have that bit more bite in them,” Mary Ryan explained.

“We started that game brilliantly. The game could not have gone better for us in the first ten minutes; we were flying it. After that goal I think they led for the rest of the match and we didn’t get back into that rhythm that we had started the game with. And, I suppose we let the game go. Limerick seemed to have that bit more bite in them to finish out the game.”

Limerick, of course, then progressed to beat Cork 1-13 to 0-14 in the Munster final and famously win a first-ever senior provincial title.

“We felt that we left the entire thing behind us,” Mary Ryan admitted.

“It was great to see Limerick beating Cork, but it was tough for us because we definitely felt that we were in the running to win the Munster championship. It wasn’t a big loss against Limerick, but seeing them beat Cork was another kick in the teeth. We felt that we should have been there, but Limerick were better on the day.” 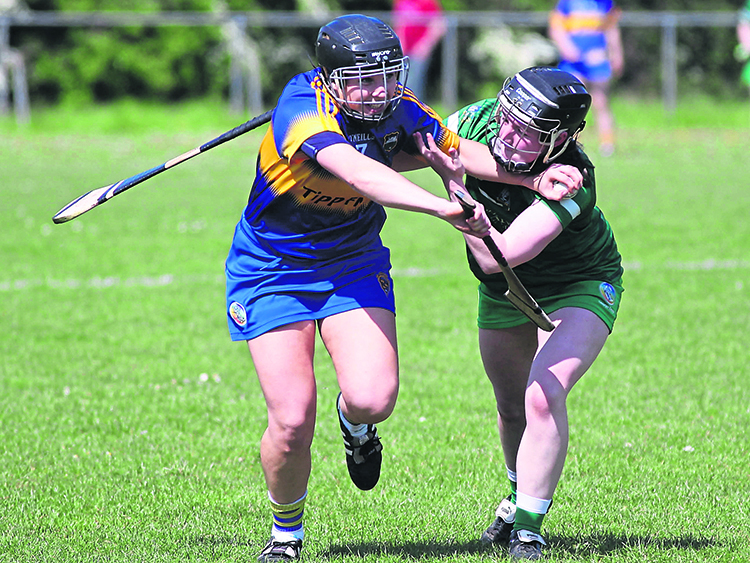 Tipperary, however, have shown flashes of real quality this year and although they have not sustained it for prolonged periods in games you sense that this group are on the brink of exploding into devastating life. Indeed, during the Munster championship quarter-final win over Waterford (4-14 to 2-10) there were a handful of especially impressive facets to the display - Tipperary used possession really smartly; once the ball was won it was often moved out of the contact area via a short pass and worked into the hand of a player who was well-positioned to deliver a quality ball forward. It took Tipperary a while to put their game together, but once they did some of the deliveries forward were top notch and, at times, by-passed the opposition sweeper beautifully.

And, since the defeat suffered at the hands of Limerick the Tipperary panel has been working diligently on the training field in order to develop themselves individually and the collective style of Camogie that they wish to play. Indeed, the Tipperary panel are taking great confidence from their training and the quality of work that they have done in preparation for the clash with Cork.

“We have been training hard and it has been going well. It is very positive and you feel great after the training - it does give you that bit of confidence,” Mary Ryan said.

“The Munster championship just gone was a disappointing result for us - it was another kick in the teeth because we were expecting to go a step further this year. There was a lot of talk outside of the camp that we were going well, that we would nearly automatically progress and that we could beat Limerick. We had a few days off after that game and training has been fairly full on and fairly demanding. It has been very positive. We have been solely thinking about Cork,” the Tipperary captain explained.

“It’s nice to have a home game and it will be a tough game, but, hopefully, we can do well. When you are training and everything is going well you feel like you are on form and we hope that we can bring that form out the day that we play Cork,” Mary Ryan added.

“We have been gearing everything towards that Cork game. It’s a big week. It has been very positive. Things have been going well, training is good and we have a very good set-up there - that makes it easy to go to training and to prepare right.”

Tipperary host Cork in the opening round of the Liberty Insurance All-Ireland Senior Camogie Championship on Saturday, June 10th at 2.30pm in The Ragg Camogie field - in group two of the championship the Premier County will also face Offaly, Limerick and Wexford. Tipperary’s 2016 championship campaign came to an agonising end - Brian Boyle’s fast-improving team lost an All-Ireland quarter-final by a single point to Wexford. The top two sides in the group progress to the All-Ireland semi-finals on August 19th while the second and third-placed teams compete in the All-Ireland quarter-finals on August 5th. 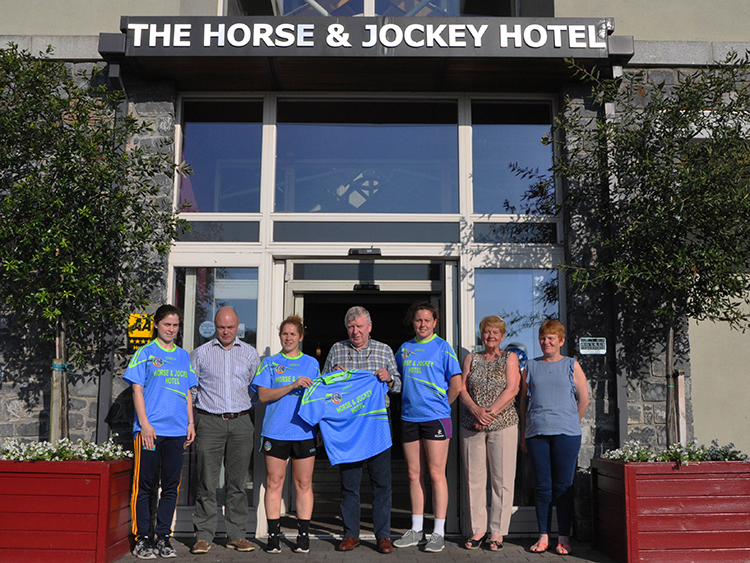