North Tipperary quarter-finals set to serve up plenty of intrigue 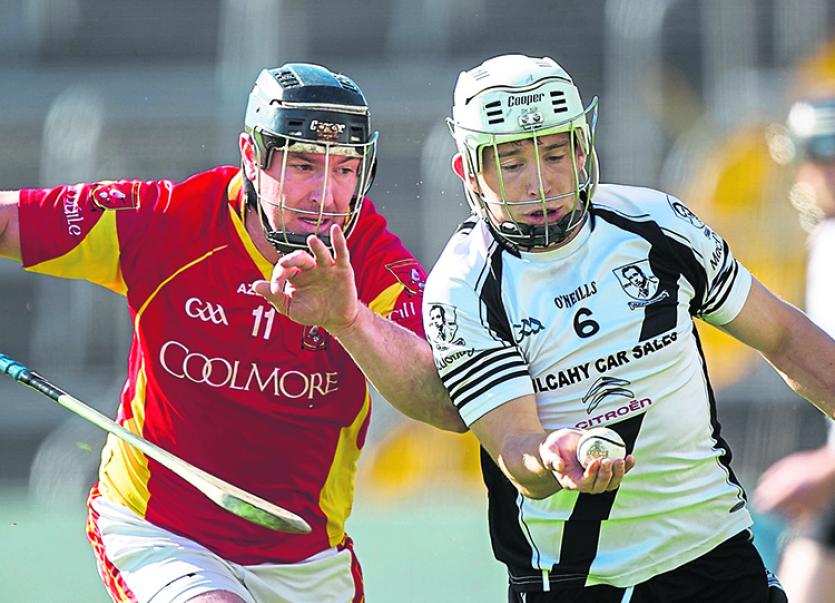 Kilruane will be hoping for a big performance from Niall O'Meara (right) on Sunday.

The quarter-finals of the Hibernian Inn North Tipperary Senior Hurling Championship are set to serve up plenty of intrigue this weekend.

The draw for the last eight was made by the North Tipperary Board on Wednesday, May 24th and has coughed up a number of interesting ties, most notably the meeting of 2016 finalists Kiladangan and Kilruane MacDonagh’s.

Éire Óg have endured plenty of upheaval in recent weeks, but have bounced back with consecutive wins over Ballina and Carrick Swans. Meanwhile Roscrea, having received a bye in the opening round of the North championship, are building nicely and won well recently against Newport in the county championship.

The bookies are favouring Nenagh Éire Óg to win this one at odds of 1/3 while Roscrea are priced at 12/5.

Kiladangan franked their dominance of the North Tipperary division in 2016 when beating Kilruane MacDonagh’s 2-18 to 1-17 in the senior hurling championship final to win the club’s third title in four years at Cloughjordan.

Kilruane, led by manager Liam O'Shea and coached by Shane McGrath, are eager to win the Frank McGrath Cup back for the first time since 1990 and, therefore, the MacDonagh’s contest with the defending divisional champions is sure to attract a crowd.

Kiladangan are favoured narrowly to prevail here (10/11) while Kilruane are evens.

The double header in Nenagh makes for another appealing prospect - Toomevara and Borris-Ileigh are sure to go at it hard in a contest which is very difficult to call. The bookies give the nod to the Greyhounds in this one (10/11), but Borris-Ileigh are also given a great shout of landing an upset (evens).

Meanwhile the Templederry Kenyons, led by Toome's Eoin Brislane, are favoured heavily to edge their meeting with Burgess. The Kenyons are priced at 8/15 to win while Burgess are distinct outsiders in this two-horse race at 13/8. The spirit of the Burgess men, however, should not be discounted and there could be an upset here.