Medals for Tora-Kan Club at 'Europeans' 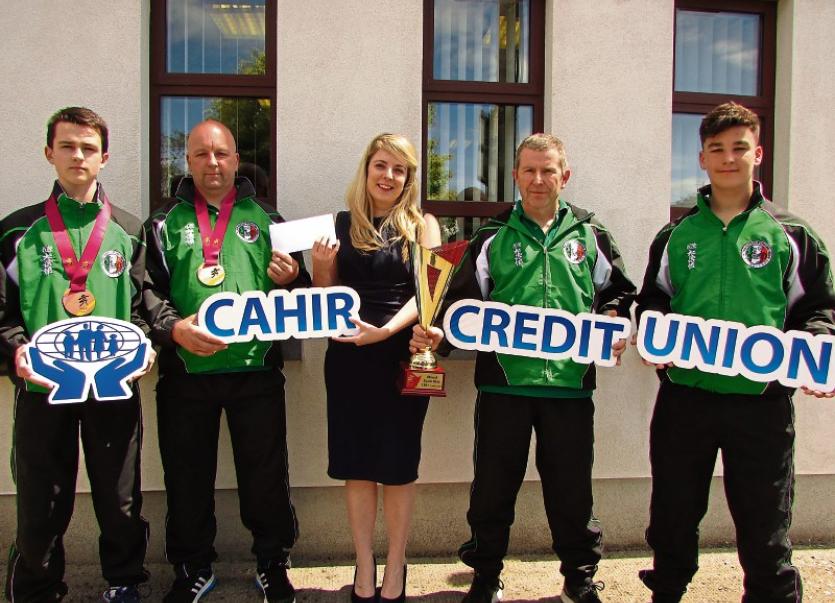 The SKIF European Championships were held in Hradec Kraclove, Czech Republic, from the 19-21st May. Lots of local interest in the Irish team with 4 members of team Ireland coming from the “Tora-Kan” club in Ballyporeen run by Cahir man Kevin Sullivan.

Stephen Whitney, Adam Whitney, Michael Corbett and Dillon Brett made up part of the 37 strong team and they would battle it out against 27 nations and over 1000 competitors.

Stephen won Gold in the Masters team kata and Dillon won bronze in the junior team kata. Adam got to the second round in both his kata and kumite and was up against some of the top competitors in the world. This was a fair achievement as he only graded for his black-belt the previous weekend. Michael came 4th in masters men Kumite losing out to an Italian opponent in the 3/4 place fight off.

Preparations begin now for the World Championships being held in Japan in 2019, and everyone will be working hard to be in the best shape of their lives when the time comes.

We have to thank the following sponsors