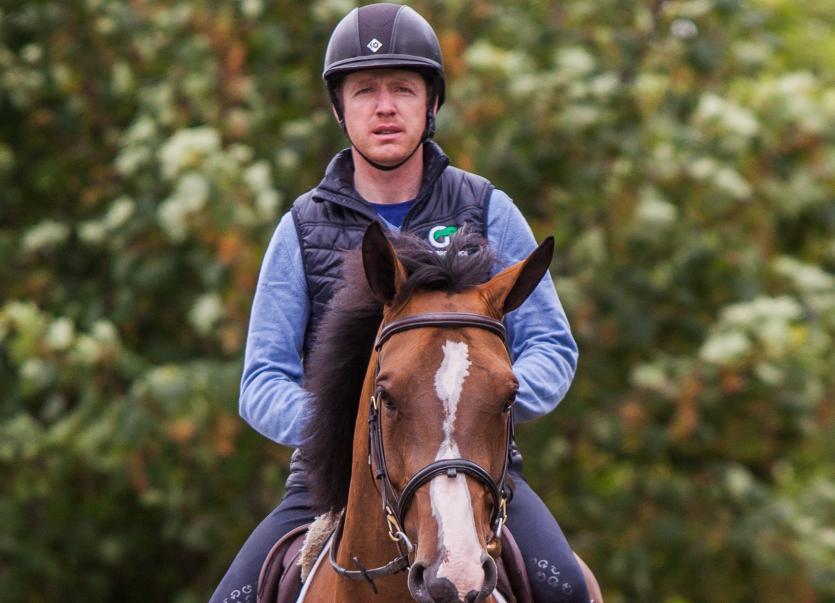 Olympic show jumper Greg Broderick and stable rider Darragh Ryan have a busy few months ahead with no fewer than nine talented young horses already qualified for the Dublin Horse Show in August.

Most of those horses qualified in recent weeks thanks to superb riding from twenty-year-old Thurles native Darragh who has become a formidable member of the team since joining the Ballypatrick Stables eighteen months ago.

While Greg continues to produce the older horses at international level, Darragh specialises in producing the younger horses. Many of these are bred by the Broderick family and overseen by Greg’s sister Cheryl who runs a hugely-successful sport horse breeding farm just outside of Thurles town.

Darragh has already tasted success at the Dublin Horse Show with a major win in the four-year-old national championship there twelve months ago.

With only one qualifying show remaining for 2017, he is now well on his way to further glory having already won national qualifiers in all of the young horse age groups.
It is believed to be an unprecedented feat in national show jumping.

Two home-bred horses, Quinnton and BP First Editions, have also made the cut for the RDS from August 9th-13th.

With some sixty-five horses currently in work at Ballypatrick Stables, located at Inch (outside Thurles), thirty-one-year-old Greg has had little time to relax since his appearance in Rio last summer after which his top mount, MHS Going Global, was sold to Greek heiress Athina Helene Onassis Roussel.

The addition of new horses and a host of talented stable riders in recent months have really bolstered his team for the 2017 season.

The expansion of his current yard has also begun with no fewer than sixteen stables in the plans and Greg Broderick is also delighted to have recently acquired nearby Fortwilliam House along with some 217 acres of prime grassland. This property will be used to further develop the business in the coming months. 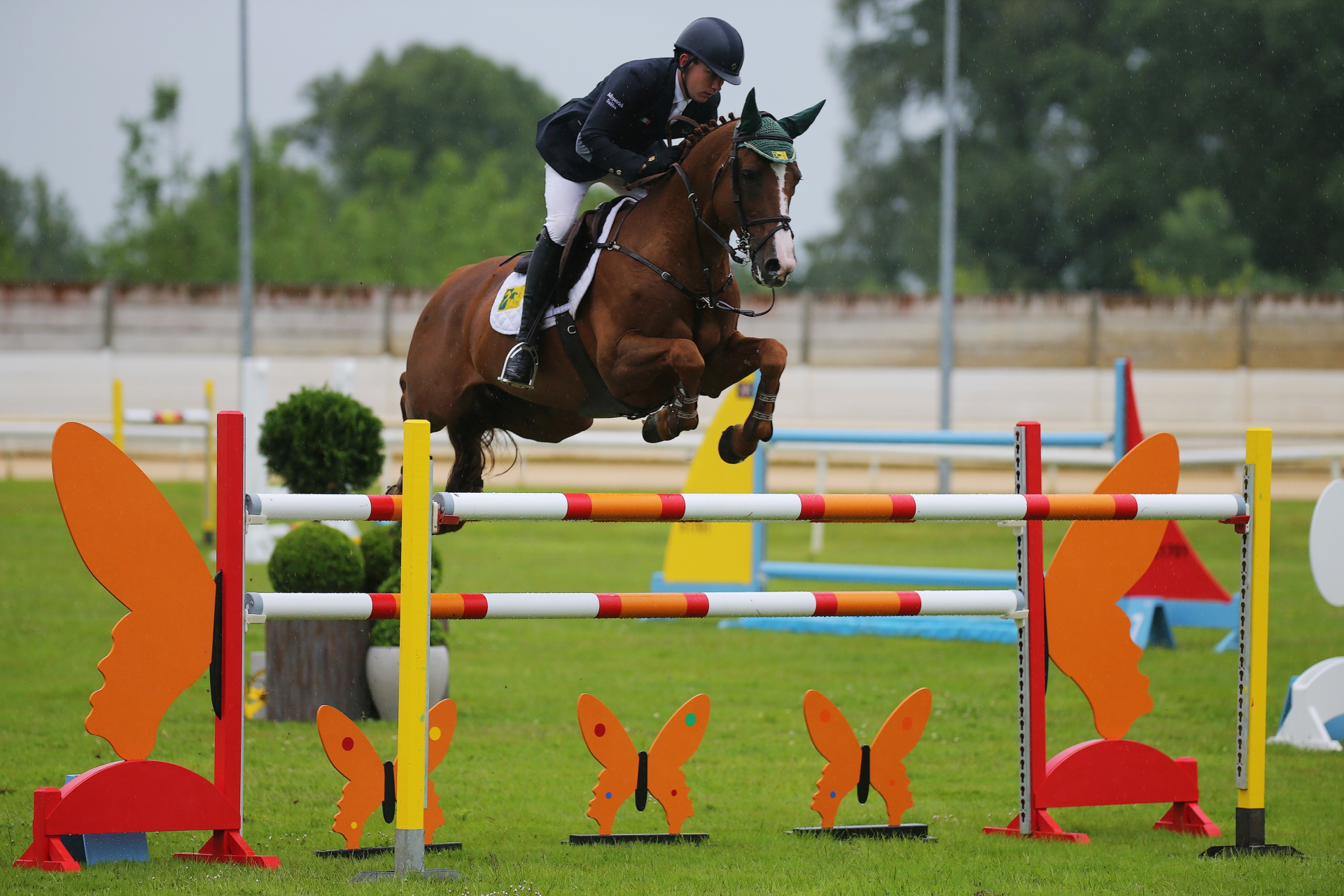 Darragh Ryan pictured on board Zuidam and on his way to a Grand Prix win recently in Limerick. Photo: Laurence Dunne

Commenting on their recent run of success Greg Broderick said: “It takes time to make a foundation of where you have a constant flow of nice young horses coming through the yard. Over the last few years I have been putting so much into the development of my facilities and I had to sell a lot of my best young horses. I'm still working on improvements to the yard, but we now have a facility which helps us to produce and train horses to compete to the highest standard.

“We have great owners in Ballypatrick and a solid breeding operation is in place. So, we are all reaping the awards. We also have a great team and Darragh has been in great form lately.

“In 2014 I won all three young horse classes at Dublin and with the bunch that Darragh has this year he won't be far away from doing the same.

“My sister Cheryl puts enormous work into the breeding side while my other sister Olga looks after the office side of things.

“It's a big operation with a lot of horses so the team around you is so important and that's what makes the whole thing work,” he concluded.