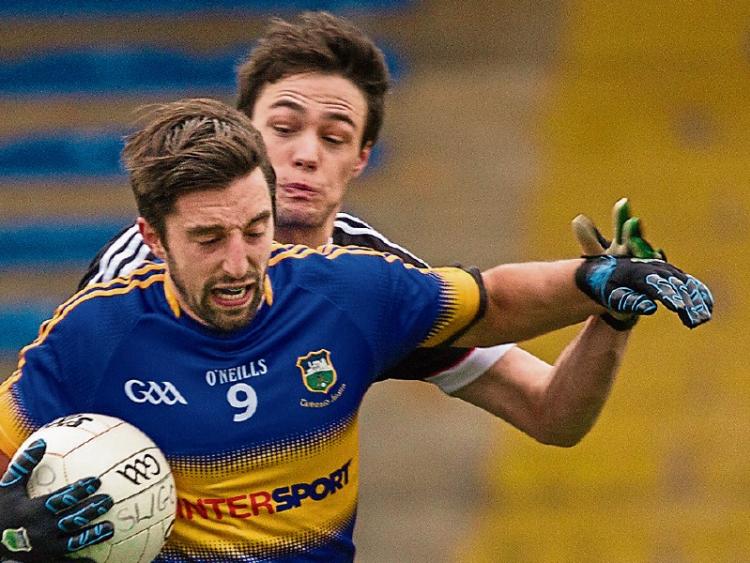 Moyle Rovers booked their place in the county championship quarter finals with a five point victory over Fethard this evening in Clonmel topping their group with maximum points.

Following victories over Aherlow and Arravale Rovers   Moyle Rovers were expected to make  it three out of three at Clonmel Sportsfield  and while they kept their unbeaten record intact Fethard made it an uncomfortabe evening for the favourites.

Fethard, returning to the senior ranks this year  in a very competitive group, made a real contest out of this game ,forcing the red hot favourites to work extremely hard for their win.

Last years intermediate championships found themselves seven points  to one adrift after twenty two minutes but they showed great character to force their way back intothe game with Jody Sheehan,Brian Healy and Cian Maher driving them on.

It took nineteen minutes for Fethard to get their first scoreonthe board after MoyleRovers had scored the first four points of the game without reply.

Six points down with  eight minutes left in the half  Fethard slotted over three points in the closing minutes of the half with Jack Dolan  and two from Cathal Hurley closing the gap to just three points at the break.

That late fiirst half surge gave Fethard a lot to play for and while Sean Carey converted a free  four minutes into the second half for Moyle Rovers Fethard pushed on again scoring the next three points to make it a one point game midway through the second half.

Rovers,with their unbeaten record now under threat, finished the stronger team outscoring Fethard by five points to one in the last quarter .  Points from Sean Carey,his second free of the half,Diarmuid Foley ,Richie Power,Craig Condon and Liam Boland  saw Rovers over the line  on an evening they struggled to reach top gear.