Report: Loughmore Castleiney cruise past Ardfinnan in the Tipperary SFC 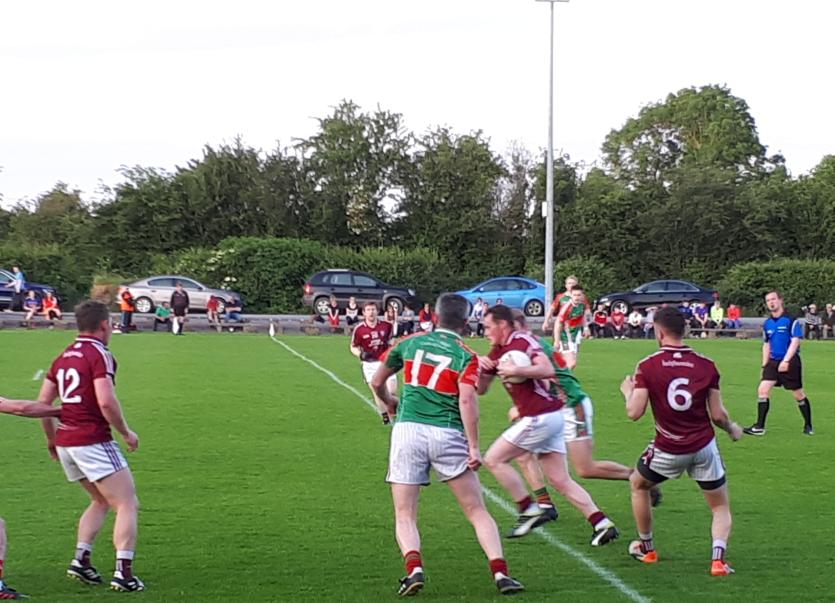 Action from Loughmore Castleiney and Ardfinnan in this evenings game.

Loughmore Castleiney cruised past Ardfinnan in the Tipperary Water County senior football championship at Golden this evening, bagging 1-8 without reply in the ten minutes before half time, to set them on their way.

Ardfinnan had goalled in the 4th minute through Danny O'Regan to give them a great start but they were to add only two further scores in the half, whereas Loughmore Castleiney, after a shaky start were flying. They were back on terms in the 24th minute thanks to two super points from Liam Treacy, and further scores from Liam McGrath and Cian Hennessy, and a goal from Hennessy in the 29th minute put distance between the sides. 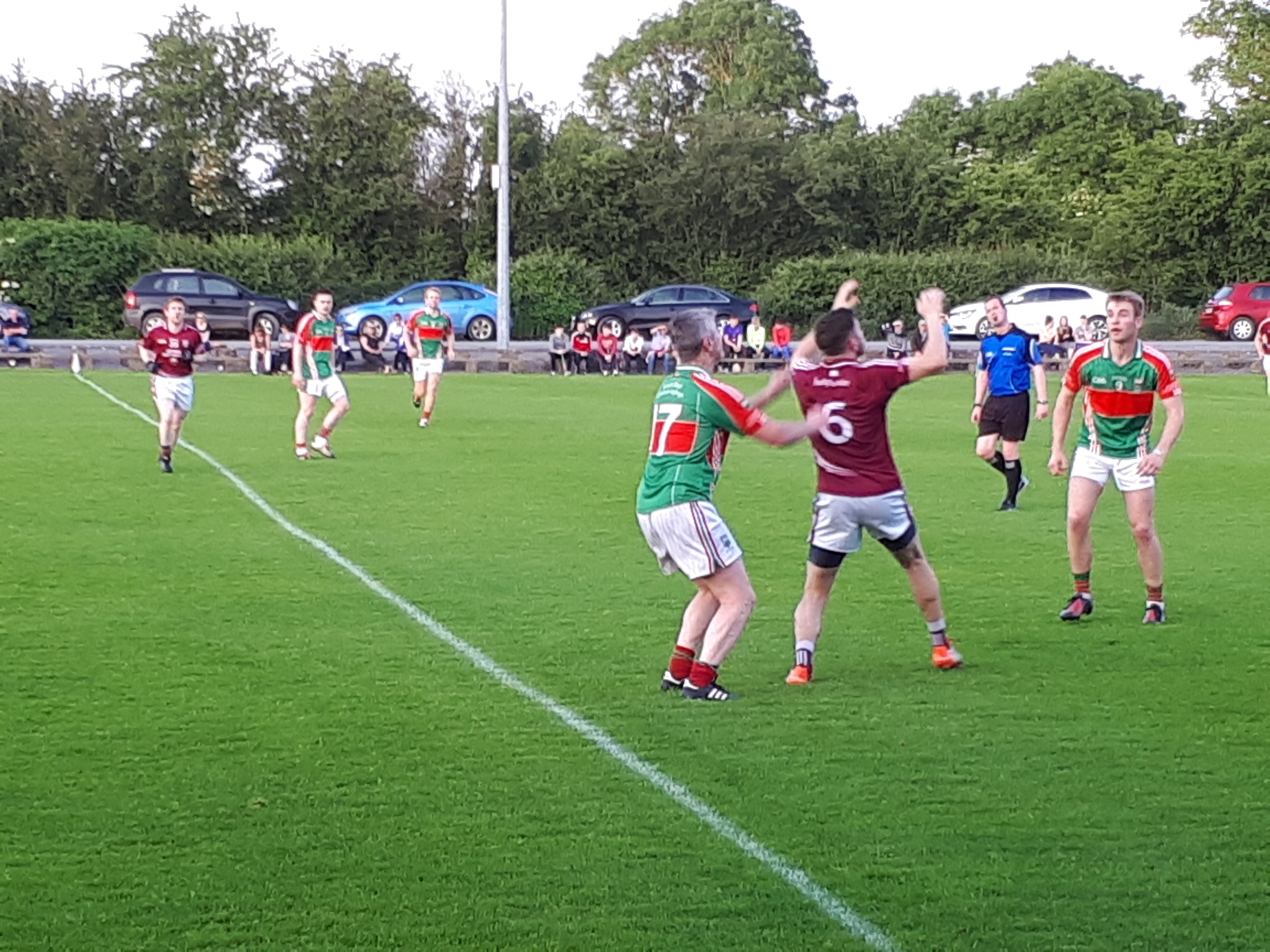 Action from this evenings game in Golden

And, Eamon Connolly had a second goal right before the end of the half to leave his side 2-9 to 1-2 in front.

It was hard to see Ardfinnan getting back into the game and Loughmore Castleiney continued to dominate proceedings with a Liam McGrath goal in the 22nd minute after a fine move which began in their own full back line ended up in the net at the other end in a matter of 15 seconds.

Loughmore Castleiney were impressive in this game and played some very fine football. And, Ardfinnan to their credit, battled until the end and were rewarded with a Sean Nagle goal before the end to act as some consolation.