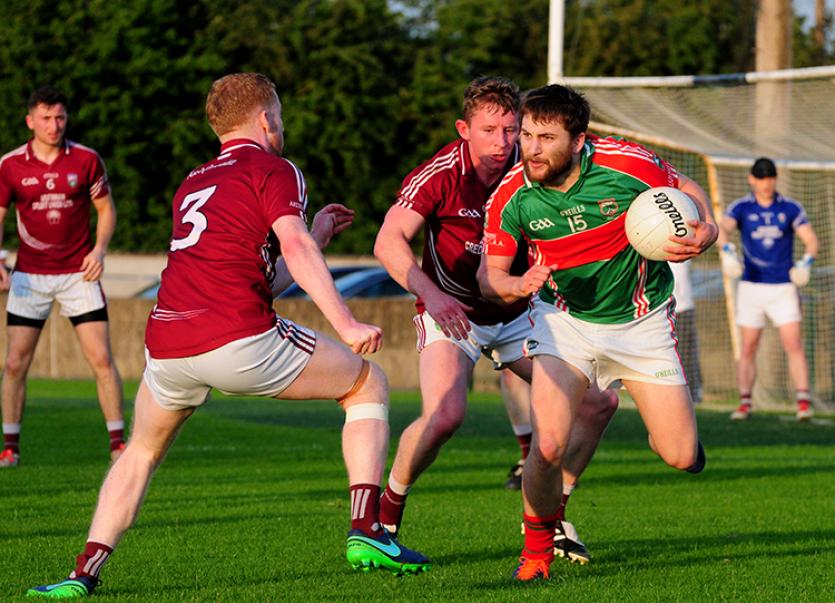 Following the third round of the Tipperary Water County Senior Football Championship Killenaule, Moyle Rovers and Clonmel Commercials have booked their place in the quarter-finals as group winners while the replayed first round contest between Éire Óg Annacarty and Loughmore-Castleiney will determine which side from group three progresses to the last eight.

As it stands the runners-up in the respective groups (namely Kilsheelan-Kilcash, Aherlow Gaels and Ballyporeen) could, potentially, take on a divisional champion in the preliminary quarter-finals with a place in the last eight up for grabs while the only way the four bottom-placed sides (Drom & Inch, Fethard, Ardfinnan and Cahir) can avoid the relegation play-offs is by winning their respective divisional titles.

Killenaule topped group one with a one hundred per cent record following their 1-13 to 0-13 win over JK Bracken’s at Leahy Park, Cashel on Saturday evening. The sides were level at the break (1-3 to 0-6), but Killenaule out-scored their opponents 0-10 to 0-7 in the second half to book their place in the quarter-finals.

Moyle Rovers completed their group two campaign with a one hundred per cent record when they notched a 0-13 to 0-8 win over Fethard on Friday in the Clonmel Sportsfield while Fethard finished bottom with a single point to their name.

On Saturday Arravale Rovers and Aherlow Gaels met in Bansha with second place and a spot in the knock-out stages up for grabs. Aherlow led that contest 1-6 to 0-5 at the break and progressed to win on an impressive 4-11 to 1-10 scoreline.

Group three is a little more complicated as the first round clash between Loughmore and Éire Óg Annacarty remains to be played - the scheduling of this fixture will create a significant headache for the members of the County Board’s CCC.

On Friday in Golden defending champions Loughmore-Castleiney beat Ardfinnan 3-19 to 2-5 - Loughmore duly moved on to four points and Ardfinnan prop up the group on zero.

On Sunday Galtee Rovers-St Pecaun and Éire Óg Annacarty met at Seán Treacy Park and Éire Óg won impressively (0-14 to 0-8). Éire Óg led 0-6 to 0-5 at the break against a determined Galtee Rovers side, but the Annacarty men played the more composed football in the second half and out-scored their opponents by an impressive 0-8 to 0-3.

Both Éire Óg Annacarty and Loughmore-Castleiney are now through to the knock-out stages of the championship on four points apiece while the result of their replayed first round fixture will determine which side progresses to the quarter-finals.

As you would expect Clonmel Commercials set the pace in group four with three wins from three - on Saturday Commercials beat Upperchurch-Drombane 3-17 to 1-6 at Leahy Park, Cashel. As a result Clonmel topped the group and Upperchurch finished third meaning that it was all to play for between Cahir and Ballyporeen at Ardfinnan. In the end Ballyporeen edged out Cahir on a 1-14 to 0-14 scoreline - as a result Ballyporeen finished second leaving Cahir rooted to the bottom.