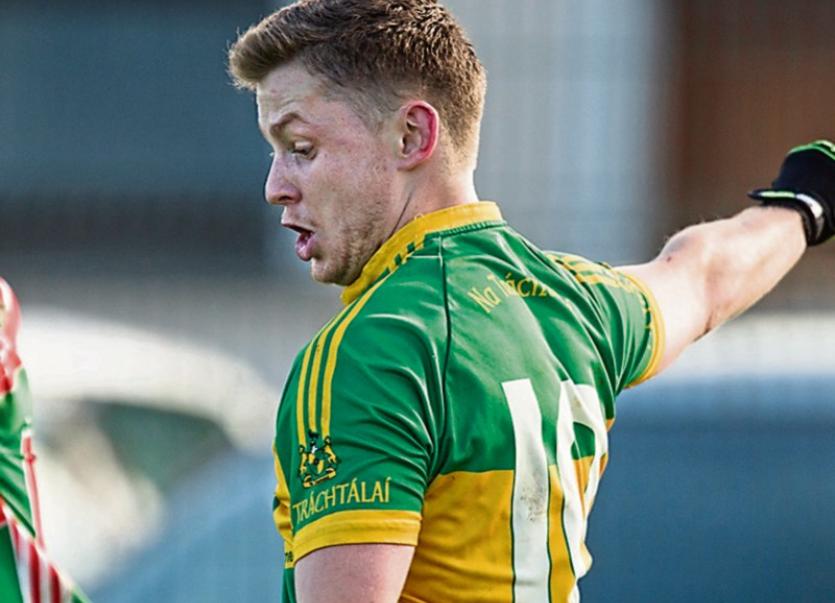 Clonmel Commercials chalked up their third win in round three of group four of the Tipperary Water county senior football championship with a most comprehensive victory over Upperchurch-Drombane at Cashel on Saturday evening, 3-17 to 1-6.

The points secured mean that Commercials head the group and automatically qualify for the closing stages of the championship. Comfortable though the margin of victory was, it wasn’t until the last quarter that the South lads over-ran their opponents, and  there will be misgivings  in the camp about the quality of the performance.

Perhaps they had too much of the ball and they were certainly guilty of over-indulgence but there is plenty of time to fine tune their approach before the serious business of the knock-out stages later in the year.

In any event they were clearly in a different class to their opponents and with several key players unavailable through injury, Commercials will be quite happy to have gone through their  round-robin programme unbeaten.

Upperchurch were missing some key players too, including county man Paul Shanahan who is in America, and against opponents who were Munster club champions in 2015, they could ill-afford the absentees.

True to their tradition, they gave it everything but in the second half the gulf in class was evident as Commercials outscored the Mid lads by 3-9 to 1-2, the Upperchurch goal coming from a penalty  at the death.

Commercials too were understrength, but having enjoyed considerable underage success in recent years, they had the players to fill the gaps and with many of those called-up seeking to stake a claim for automatic inclusion, they were serious about their business from the start.

Their movement and confident possession football stretched Upperchurch to the limit but some poor finishing meant that at half-time they were only four points clear, 0-8 to 0-4 at half time, having registered nine wides in the period.

Jason Lonergan’s pace and penetrative runs were a constant headache for Upperchurch  and he shot three points, with Rian Lambe, Seamus Kennedy, Shane Flynn, Jamie Peters and Niall Kelly also getting on the scoresheet.

Ross Peters, Danny Madigan, Jamie Peters and Niall Kelly were pulling the strings for the  Commercials who were in comfortable control.

The second half  opened with Jason Lonergan adding a further three points to his tally but the opening of the floodgates came in the 43rd minute when Rian Lambe finished an excellent five man move for Commercials with their first goal.

With Upperchurch tiring, the gaps appeared in their defence and  in the 48th minute Richie Gunn popped up for goal number two, followed a minute later by an Eoin Fitzgerald goal, leaving Commercials 3-12 to 0-6 ahead. Two Colm Stapleton points, one from play, were Upperchurch’s only response in that time.

Having won all three games in the group Commercials are on course to seriously challenge for top honours this year. Even without an iconic figure like the injured Michael Quinlivan, as well as Jack Kennedy, and David Lyons, they were far too strong for their opponents with such as Jamie Peters, Danny Madigan, Ross Peter, Niall Kelly and Jason Lonergan leading by example.