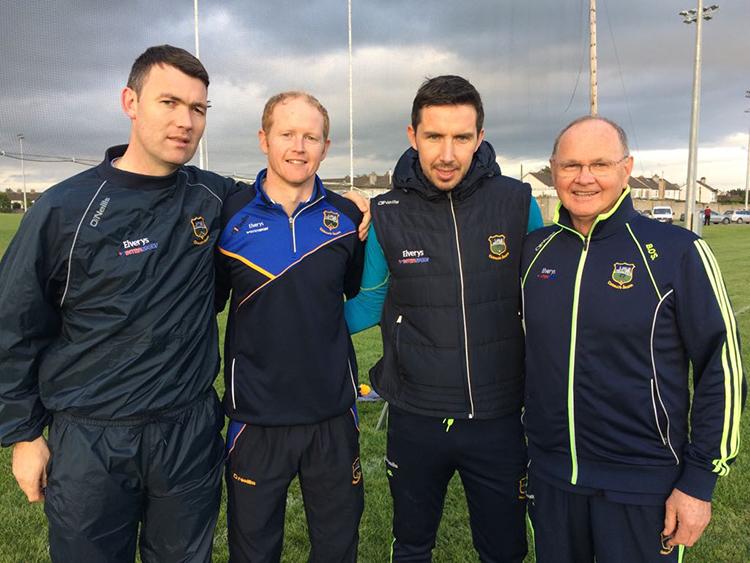 There is simply no getting away from the fact that the Tipperary under-21 hurlers are up against it this week. On Thursday, June 22nd the Premier County face favourites Limerick at Páirc na nGael on Shannonside in the quarter-final of the Bord Gáis Energy Munster Under-21 Hurling Championship (throw-in 7.30pm) - the winner of that contest will host Clare in a home semi-final on July 12th. Tipp will enter that contest as distinct underdogs, but manager William Maher is counting on the character of his players to shine through and give his under-21 team a fighting chance.

Twelve of the starting Tipperary under-21 team are underage again next year while five players from the 2016 All-Ireland winning minor team are also expected to feature. And, while Limerick will field a much more mature side Tipperary manager William Maher believes that the collective disposition of his players, their character, aptitude for hard work and pride in representing the Tipperary jersey to the very best of their ability could give the Premier County a shot at beating the Shannonsiders on Thursday. Indeed, the circumstances are eerily familiar to the 2016 contest between the sides when Tipperary faced Limerick as distinct underdogs at Semple Stadium, Thurles.

“We were 4/1 last year, I think, to play Limerick in a one-off game in Thurles which, I suppose, was nearly unprecedented at underage level in Tipperary over the years and this year it is similar,” William Maher told the Tipperary Star this week.

“Limerick have a very, very strong team with a huge amount of senior experience - I think six of their forwards would have played national league in some shape or form this season. It's a really, really big challenge, but it's something that I am looking forward to and I know that all of the lads are as well,” the Ballingarry man added.

The fortunes of the under-21 hurling team are guided this year by manager William Maher (Ballingarry) and selectors John Devane (Clonoulty-Rossmore), Eamonn Buckley (Drom & Inch) and Liam O’Shea (Kilruane MacDonagh's).

The 2016 campaign, however, was much more encouraging when manager William Maher guided his determined side to a 2-12 to 1-13 semi-final win over Limerick before losing out in the provincial final to a terrific Waterford outfit (0-15 to 2-19) at Walsh Park, Waterford.

At minor level three years ago Tipperary were beaten by Limerick (2-11 to 3-17) before shipping a fourteen-point defeat (0-12 to 1-23) against Clare in Ennis. That summer Limerick beat Waterford in a replayed Munster minor final before losing out to Kilkenny in the All-Ireland final.

John Kiely guided the fortunes of the Limerick under-21s in 2016, but following Kiely’s graduation to the senior job on Shannonside South Liberties’ Pat Donnelly has succeeded the Garryspillane man and is joined on the management ticket by Brian Foley (Adare) and Maurice O’Brien (Garryspillane). And, Pat Donnelly has deep pockets of talent to draw from. Indeed, nine of the Limerick under-21 panel feature on John Kiely’s senior squad while a whopping seven saw competitive action against Clare in the recent Munster Senior Hurling Championship semi-final.

If the following Limerick senior panellists are not familiar to you then they should be: Cian Lynch (Patrickswell), Tom Morrissey (Ahane), Peter Casey (Na Piarsaigh), Kyle Hayes (Kildimo-Pallaskenry), Seán Finn (Bruff), Barry Nash (South Liberties), Aaron Gillane (Patrickswell), Colin Ryan (Pallasgreen) and Ronan Lynch (Na Piarsaigh). So too should the name of Monaleen’s Andrew La Touche-Cosgrave who is a more than capable operator and who shone out brightly as a minor centre-back.

“Limerick are a really, really good hurling team and the expectation is very, very high in Limerick for this group of players to perform. And, rightly so because they have the talent. So, I think the job for us very much is to curb that forward power that they have and try to open them up at the other end,” William Maher told the Tipperary Star.

As minors three years ago Limerick proved the more accomplished outfit at Páirc na nGael when winning with nine points to spare (2-11 to 3-17), but Tipperary manager William Maher does not believe that the 2014 experience will exact much influence on Thursday night's encounter at Páirc na nGael.

“The major difference is that our personnel will be a lot different, especially with the seven minors from last year that will be there or thereabouts to make the starting fifteen,” William Maher explained.

“I hope it will be a lot different because I think it was 3-17 to 2-11 that Limerick beat us. We have a very young side, but we also have a very honest side. We saw from our minor team last year that they were an exceptional bunch of guys. And, if they can bring that level of enthusiasm, hunger and resilience that they showed last year in the minor campaign this group will give Limerick a go on Thursday night,” the Ballingarry man added.

Spend some time with William Maher and you will soon realise how proud he is of the efforts that his players had made this year in order to prepare to represent Tipperary to the very best of their ability. Indeed, Maher has huge regard for the pedigree of his panel and he expects them to perform on Thursday.

“There are a lot of guys who played in the 2015 minor championship and won a Munster minor final and there are a lot of guys who won a minor All-Ireland last year. They are only eighteen-year-olds and nineteen-year-olds this year, but they are honest and they are hard-working and when you have that you have a chance,” William Maher told the Tipperary Star before adding that preparations for the contest with Limerick have gone well.

“We had a good (challenge) match against Cork two weeks ago and we had a very good match against Waterford. That was our prep and we beat them both - they were without their seniors, but we hurled very well and I was happy. At under-21 level it can be hard to get it going with guys on senior panels, guys playing football and club activity; it can be hard to get them together. Look, I am as happy as I can be,” William Maher admitted. 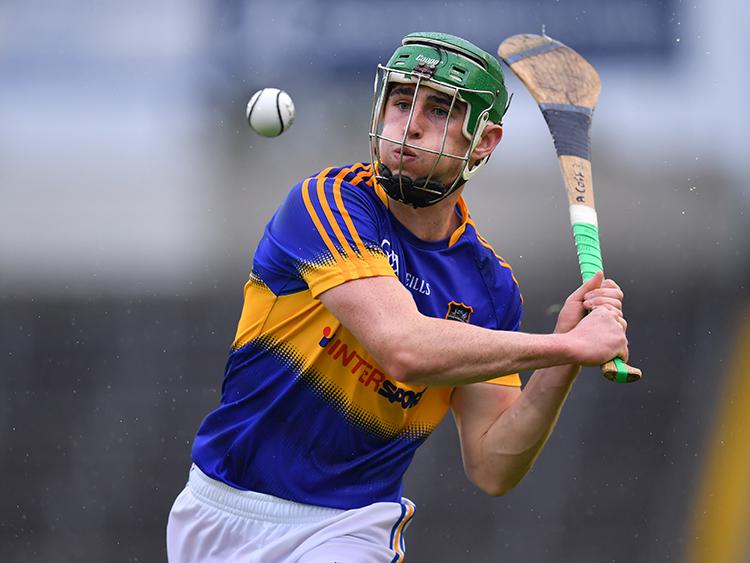 Although the highly-rated Darragh Peters (Kilruane-MacDonagh's) has been ruled out of the clash with Limerick due to injury (dislocated shoulder) the Tipperary panel features plenty of talent and should not be discounted as a contender for provincial honours, especially with accomplished manager William Maher at the helm. Indeed, Tipperary supporters should watch out for the influence of players like Billy McCarthy, Paul Maher, Brian McGrath, Cian Darcy, Ronan Teehan and Stephen Quirke on the side.

And, the management team led by William Maher wished to make a statement when they opted to appoint Nenagh Éire Óg's Andrew Coffey as team captain. Maher wanted to select a captain who would reflect the values that the Ballingarry man wished to see associated with his panel of players. And, Maher found the ideal candidate in Coffey. Indeed, following the 2016 campaign Andrew Coffey was named on the Bord Gáis Energy under-21 hurling team of the year - the emerging Nenagh Éire Óg star was rewarded for his outstanding displays against Limerick and Waterford in last year’s provincial championship.

“Andrew is a very honest fellow, he is very committed and he is hard-working. So, I would hope that he will mirror what we want as a management team and what we want from the team,” William Maher explained before discussing what the Tipperary camp gleamed from the 2016 experience.

“It is a very different dynamic this year because last year we had one nineteen-year-old playing, but this year we could potentially have seven,” William Maher explained.

“So, the dynamic is completely different. Seven of the players are doing the leaving certificate as well - some of them are doing exams right up to next Thursday. So, there are a lot more variables this year that we are trying to control, as much as you can - there are certain things that you can't control. It was a semi-final last year as opposed to a quarter-final this year. But, I suppose, the fundamentals are the same. You are trying to get a performance on the night - that's the real big thing at under-21 level. We have a very good bunch, they are hard-working and I hope that will be reflected in the performance on the night,” Maher added.

Last year's Bord Gáis Energy Munster Under-21 Hurling Championship final ended in cruel heartache (0-15 to 2-19) for the Tipperary hurlers when the Déise, inspired by Austin Gleeson, thundered to a ten-point win at Walsh Park, Waterford.

Tipperary fought hard and clung on gamely until the 50th minute when Stephen Bennett conjured an extraordinary assist to set up a chance for Peter Hogan whose right-hand drive ripped like a furious harpoon into the corner of the net and settled the issue. Again, Tipperary manager William Maher was keen to learn from the experience.

“When you are playing away from home you need to stay in the match as long as you can. For forty-five minutes last year we went toe-to-toe with Waterford and, possibly, with a little bit more cuteness when the real pressure came on we could have got the win,” William Maher explained.

“We could have played the ball a little bit shorter and we could, possibly, have kept the score down, stayed in the match longer and then had a platform to strike from. But the away nature of an under-21 match is a big thing too and the game got away from us, unfortunately,” William Maher concluded.

William Maher is expected to name the Tipperary under-21 team to face Limerick on Tuesday evening, June 20th.