Draw made for the North Tipperary senior hurling championship semi-finals 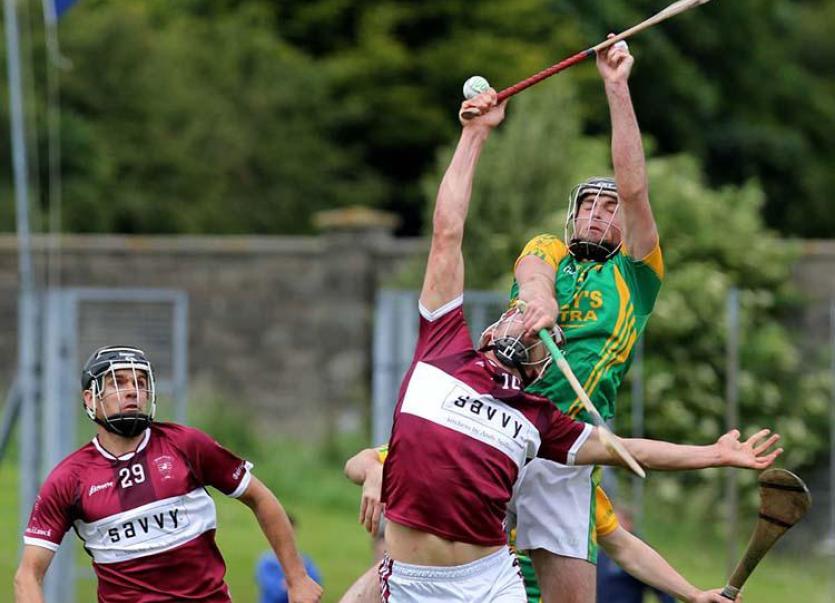 Borris-Ileigh got the better of Toomevara in a North quarter-final recently. Photo: Bridget Delaney

The draw was made for the semi-finals of the Hibernian Inn North Tipperary Senior Hurling Championship on Monday evening, June 19th at a divisional CCC meeting and has pitted the Templederry Kenyons against Borris-Ileigh and Nenagh Éire Óg against the defending champions Kiladangan.

The semi-final fixtures will be determined at a later date and the games are expected to take place following the third round of the Tipperary Water County Senior Hurling Championship - the scheduling of these club championship games depend on the progress of the Tipperary senior hurling team in the All-Ireland series.

Kiladangan produced a terrific performance in the pick of the recent Hibernian Inn North Tipperary Senior Hurling Championship quarter-finals to book their place in the final four.

Kiladangan faced an in-form Kilruane MacDonagh’s team and won impressively at Dolla (2-15 to 1-11). Kiladangan, who are chasing a third consecutive North Tipperary senior hurling title this year, trailed by six points after fifteen minutes, but recovered and trailed by two at the interval thanks to a Tadhg Gallagher goal (1-4 to 1-6). Playing with the aid of the elements in the second half the defending champions surged toward a well-merited seven-point win.

Johnny Kelly's powerful Borris-Ileigh team overwhelmed Toomevara (0-20 to 0-12) in atrocious weather conditions at MacDonagh Park, Nenagh. Borris-Ileigh led 0-13 to 0-6 at the break having played with the driving wind and although nine of those points had originated from the stick of Brendan Maher at centre-back Toome looked in trouble. Indeed, outside of a brief rally from the Greyhounds in the second half Borris-Ileigh proved superior in a game which promised much more than it delivered in terms of quality hurling. Borris-Ileigh, of course, won’t be too concerned about such issues.

The Templederry Kenyons recovered an eight-point deficit at MacDonagh Park, Nenagh to beat Burgess (2-13 to 1-11). The composed manner of how Templederry went about their business caught the eye. Burgess started well and led 1-5 to no-score after seven minutes. The Burgess lads are no slouches, but once Templederry settled they reeled Timmy Hogan's men in with a steady display. The Kenyons cut the gap to five by the break (1-3 to 1-8) having faced a very stiff wind, found themselves level by the 47th minute and took the lead a minute later. Indeed, it is instructive to note that outside of the opening seven minutes Templederry, with Éanna Murray outstanding, won the remainder of this contest 2-13 to 0-6.

Meanwhile Nenagh Éire Óg booked a place in the last four after they overcame a young and brave Roscrea side at MacDonagh Park, Cloughjordan (0-20 to 2-11). Three points separated the teams at the end of a very entertaining second half which more than compensated for a mediocre first.