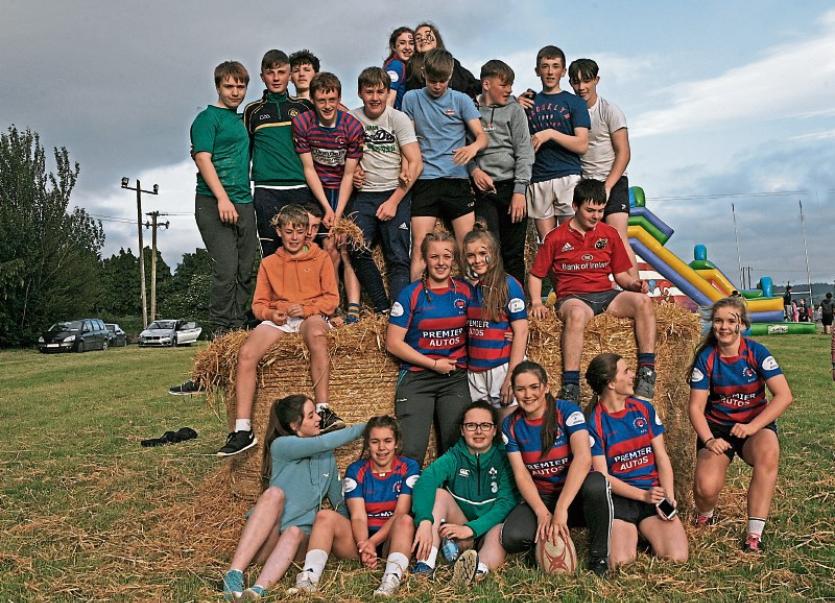 Young members and supporters of Carrick on Suir RFC enjoying a field evening at the club grounds in Tybroughney last week.

Carrick-on-Suir Rugby Club is organising its first ever membership registration night for senior ladies players next week and will also be running a six-week rugby summer camp for girls.

Kathleen Fleming of Carrick RFC said the registration night for the senior women's team takes place at the Club on Thursday, June 29 at 8pm.

And the Munster IRFU "Give It A Try" girls rugby summer camp will kick off on Monday, July 10 from 6.30pm to 8pm.

The camp will be run every Monday for six weeks and is open to girls aged between 9 and 15.

Kathleen said the camp costs €10 and participants will receive a "Give It A Try" rugby t-shirt.

These new developments in women's rugby at Carrick-on-Suir RFC follow hot on the heels of the Club's hugely successful field evening last week.

The Women's Rugby World Cup was the star attraction at the event at the Club's grounds at Tybroughney, Carrick-on-Suir.