Where does your club stand after round four of the Tipperary Water County Senior Hurling League? 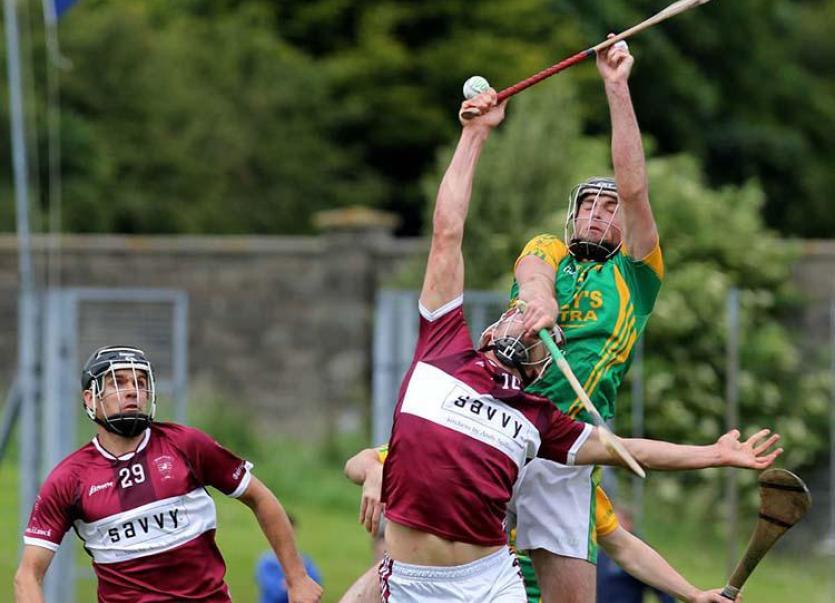 Borris-Ileigh got the better of Toomevara in a North quarter-final recently. Photo: Bridget Delaney

Round four of the Tipperary Water County Senior Hurling League took place over the weekend with eye-catching performances propelling Clonoulty-Rossmore and Borris-Ileigh to the summit of group one and two respectively in division one. And, with the top two sides in each divisional group progressing to the knock-out stage of the competition points are now precious.

DIVISION ONE GROUP ONE

A 0-24 to 2-17 win over Nenagh Éire Óg at MacDonagh Park, Nenagh on Sunday afternoon propelled Clonoulty-Rossmore to the summit of division one group one. On Friday Mullinahone beat Killenaule (4-17 to 1-19) while on Saturday Portroe proved too strong for Thurles Sarsfields (1-14 to 0-15). Facing into the fifth round of games five of the six sides involved can still book a place in the semi-finals - Mullinahone (four points) host Nenagh Éire Óg (six points), Killenaule (zero points) are at home to Portroe (four points) and Clonoulty-Rossmore (six points) pay a visit to Thurles Sarsfields (four points).

With a 0-20 to 1-14 win over Éire Óg Annacarty on Friday evening Borris-Ileigh moved to the summit of division one group two on six points. Drom & Inch (who beat Kilruane 3-22 to 1-15 on Friday) and Kiladangan (beat Upperchurch-Drombane 1-16 to 0-17) are second and third respectively just one point off the pace. So, there is plenty to play for here entering the final round of games when Éire Óg Annacarty (two points) host Kiladangan (five points), Drom & Inch (five points) are at home to Borris-Ileigh and Upperchurch (two points) pay a visit to Kilruane (four points).

Toomevara maintained their one hundred per cent record in division two group one on Friday night when beating Templederry (0-26 to 2-18) - Toome lead the group on eight points while Templederry are third on four. Loughmore-Castleiney (six points) are second following their 1-19 to 2-9 win over Carrick Swans (two points) on Sunday while Ballingarry beat Moycarkey-Borris (0-15 to 0-13). Moycarkey-Borris are bottom on zero points while Ballingarry are fourth on four points. Round five will see Loughmore-Castleiney play at home to the Templederry Kenyons, Carrick Swans are away to Moycarkey-Borris and Toomevara make the journey to play Ballingarry.

Silvermines are setting the pace in division three group two with four wins from four games - on Sunday the ‘Mines beat Newport (3-15 to 0-14). Newport (six points) are still in contention for a semi-final place while Knockavilla Kickhams (five points) are also in with a shout of making the last four. Kickhams beat Moneygall (1-21 to 1-13) on Saturday while Borrisokane beat Clonakenny 0-23 to 2-5 on Sunday. The final round of games sees Newport at home to Borrisokane, Knockavilla Kickhams host Silvermines and Clonakenny travel to face Moneygall.

On Sunday afternoon Clonoulty-Rossmore drew with Shannon Rovers (1-20 to 2-17) and now lead division four group two on seven points - Shannon Rovers are fourth on three points and are now out of the reckoning for a semi-final spot. On Friday Carrick Davins beat Arravale Rovers (1-20 to 1-17) and duly moved into third place on six points while Rovers are also out of the semi-final reckoning on two. On Sunday Cappawhite beat Kilsheelan-Kilcash 1-20 to 0-12 to move into second place on six points while Kilsheelan-Kilcash are rooted to the bottom of the table on zero. The final round of games here sees Arravale Rovers at home to Cappawhite, Carrick Davins away to Clonoulty-Rossmore and Shannon Rovers play host to Kilsheelan-Kilcash.

Following their 2-19 to 2-7 win over Cappawhite Boherlahan-Dualla now lead division six group two on with eight points from four games. Cappawhite are second on six points, Clonmel Óg are third on four points and Knock have an outside chance of making the semi-finals on two points with two games to play. Five games remain to be played in the division: Clerihan v Rosegreen, Knock v Clonmel Óg, Clonmel Óg v Boherlahan-Dualla, Rosegreen v Knock and Clerihan v Cappawhite.