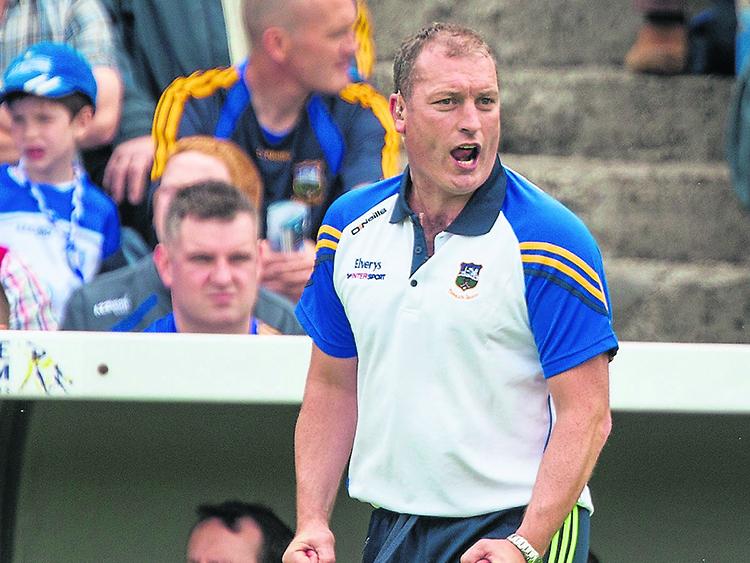 A cracking contest is on the cards when Tipperary face Cork in an Electric Ireland Munster Minor Hurling Championship semi-final on Thursday, June 29th at 7.30pm in Semple Stadium, Thurles. Tipp face into the penultimate stage of the provincial competition as defending All-Ireland champions, but this Rebels team have real pedigree.

“This will be a match - there is no doubt about it. This is going to be a match. I don’t usually make rash comments, but this is a game between two of the four best minor teams in the country and it is just a pity that they are meeting in a semi-final,” minor hurling manager Liam Cahill told the Tipperary Star this week.

“It is a winner-takes-all situation. Championship hurling is what it is all about and that’s what I grew up with - there is an extra special sense of importance associated with these matches. It brings out the best in fellas and it can point out weaknesses very quickly in fellas as well. It will be a challenge, but we will be giving it everything,” the Ballingarry man added before appealing to supporters of the blue and gold to come out in force to support his team on Thursday night.

“I would appeal to the Tipperary supporters to come out. We are expecting a big Cork contingent to follow their team and come up the road because of their recent success at senior (level). They will be mad for hurling and there will be a big Cork following in Thurles on Thursday night. We would really appeal to all of the Tipperary people to come out and try to help to kick-start Tipperary’s year. When Cork GAA people are in it they are in it one hundred per cent - they are great hurling people and when they do get on a roll they come and they come in big numbers. So, we really hope that Tipp people can come to Thurles on Thursday night and give us all the support that they can.”

2016 SUCCESS IS NOT RELEVANT

Happily, Liam Cahill has declared a clean bill of health for his panel (thirty players in total). The Ballingarry man is now in his fourth year as the Tipperary minor hurling manager. Michael Bevans coaches the team while the highly-regarded Toomevara man is joined on the management team by selectors John Sheedy (Portroe), Seán Corbett (Boherlahan-Dualla) and TJ Ryan (Clonoulty-Rossmore).

This year Tipperary are chasing a third successive provincial title and the Premier County’s fortieth Munster crown. Tipp are, of course, also the defending All-Ireland champions, but for Liam Cahill the success enjoyed last year at provincial and national level is not relevant to the 2017 campaign.

“It’s a unique role when you are managing a minor team because there is a big turnover of players and your panel changes dramatically year-on-year,” Liam Cahill explained.

“We are very conscious of our responsibility to help this group to create their own identity. Last year is never mentioned to be honest. It might be mentioned in terms of styles of play, but trying to emulate last year and trying to deal with the pressures associated with being All-Ireland champions doesn’t come into it. It is not relevant because this is a whole new crop of players.”

And, Liam Cahill was eager this week to highlight the influence of coach Michael Bevans on the group - the Toomevara man is quick to set standards for the players and emphasises their responsibility to the Tipperary jersey and what it stands for.

“In fairness we are very fortunate to have Michael Bevans as our coach - he is very much about creating a sense in the players that they have to stand for something; these players have to represent something in championship hurling; they have to represent the Tipperary style of hurling and they are going to have to carry the responsibilities associated with being a Tipperary hurler. The standards are set very early and very high,” Liam Cahill explained.

“When players come in they know that there is a standard to be maintained. There are aspects to our preparation that we would tweak at times, but the concept is consistent: they are in a Tipperary minor set-up, they are being developed to become the seniors of tomorrow and there are standards to be adhered to. The players have to understand that they have responsibilities; that is the big thing that we would hone in on - they need to know what is required. When Tipperary people pay their money to go in the gate this is what they look for. And, if we are going to pull that jersey over our shoulders we have to make sure that we represent that to the best of our ability.”

Following Tipperary’s 4-15 to 2-18 Munster quarter-final win over Limerick at Thurles manager Liam Cahill looked a relieved man. A resilient Limerick side recovered a seven-point second half deficit to take the lead for the first time in the 58th minute and then extended their advantage to two on the hour mark. The defending Munster and All-Ireland champions were in deep trouble and beads of cold, cold sweat broke out across worried brows right around Semple Stadium.

Cool heads were required and were found. In second half injury time Anthony McKelvey stroked over a free to close the gap to one, Jake Morris notched a smashing left-handed equaliser a minute later and then, at the very death, Willie Barry and Conor Bowe combined beautifully before Niall Hoctor fired home the game-clinching goal in a memorable finish.

Although Tipperary hurled reasonably well corner-backs Michael Purcell and Jerome Cahill were asked to play starring roles and performed a series of eye-catching dispossessions on raiding Limerick forwards. So, if Tipperary are to win a fortieth provincial minor title in 2017 this group of players needed work. The delivery forward from the half-back line was also not as considered as it might have been. Indeed, the whole team looked like it needed a might more seasoning. And, following that contest Liam Cahill revealed that “championship hurling can teach great lessons”. Since then, as you would expect, the Tipperary minor panel have worked hard on a collective and individual basis to realise their potential.

“I know from all the years that I have been involved that it is a strange championship - the minor championship starts in April which is, let’s call a spade a spade, winterish hurling. Different players are going to play that bit better at the end of June when the ball is that bit faster plus we will have a lot more work done in terms of what we want to do and the type of game that we want to play. Last year we got caught early against Waterford, but as the year developed we found our groove. So, there is always the risk early on,” manager Liam Cahill said.

“In fairness the Limerick match was a goodish match for that time of year, but there were lots of aspects to our play that had to improve. We hope that we have improved since then and we will need to. We will need to improve an awful lot because this Cork team really are a real decent outfit. We are under no illusions about them because they have just dominated everything through all the development matches. All the way up along since under-14 they have been beating teams by twenty points and they just wiped the floor with Waterford in the quarter-finals. This really is the team that Cork people feel can lead the new renaissance of Cork hurling. There is big pressure on these boys to perform and rightly so because they are decent. We know we have a lot to do to compete with them, but we are looking forward to the game,” Liam Cahill revealed.

REBELS ON THE RISE

There is simply no getting away from the fact that Cork hurling is on the rise thanks in no small part to the Rebel Óg initiative and the efforts of men like John Considine at underage level.

And, in their respective minor quarter-final this year Cork, with a superb display, beat Waterford by nineteen points (1-24 to 0-8) at Páirc Uí Rinn. Indeed, Waterford were restricted to scoring a single point from play with Seán O’Leary-Hayes outstanding at full-back and James Keating impressing at six. Corner-forward Brian Turnbull helped himself to ten points, Dáire Connery dominated the middle third of the field and Brian Roche rifled home an eye-catching goal.

Cork have not appeared in nor won a Munster minor hurling final since 2008, but it appears as if the Rebels are poised to do something drastic about that prevailing pattern.

“The work that is going on in Cork is incredible and it is beginning to come through at senior level, but of all the prospects coming through over the years Cork people on the ground believe that this is their best chance ever at minor level - that’s what we are up against,” Liam Cahill said.

“We know that from watching them below in Páirc Uí Rinn playing Waterford and because their under-17s won the Munster championship as well. And, there are very few of those under-17s on the Cork minor panel which would just tell you the quality of the Cork minor team. They won quite easily against our under-17s in Páirc Uí Rinn - even though we battled hard for long periods they always looked to be a class above us. So, there is a fair entourage of Cork talent coming through. I can remember being at the under-16 tournament in Holycross two years ago and I saw a lot of these Cork guys in action. Cork really looked impressive and they won out that tournament - they beat Kilkenny in the final and they beat Tipp in the semi-final at Holycross on that particular occasion.”

And, the Cork set-up, led by manager Denis Ring, will be motivated by last year’s experience against Tipp - in the 2016 semi-final the Rebels were hurling well against Tipperary at Páirc Uí Rinn before Liam Cahill’s men out-scored their opponents 0-14 to 0-3 from the 33rd minute onwards to win 0-23 to 1-15. Indeed, following the game Cork manager Denis Ring described the second half performance of his side as a “terrible collapse”.

“In last year’s match they were five points up six minutes into the second half and we just got through that period. We made a couple of switches, got a lucky break or two and we fairly well dug out the result,” Liam Cahill explained.

“But Cork are not going to make that mistake next Thursday night you would imagine - if they smell blood they will go hard for it. So, you just have to be ready.”

Clare and Limerick face off in their respective semi-final on Wednesday, June 28th while the decider is scheduled for Sunday, July 9th.