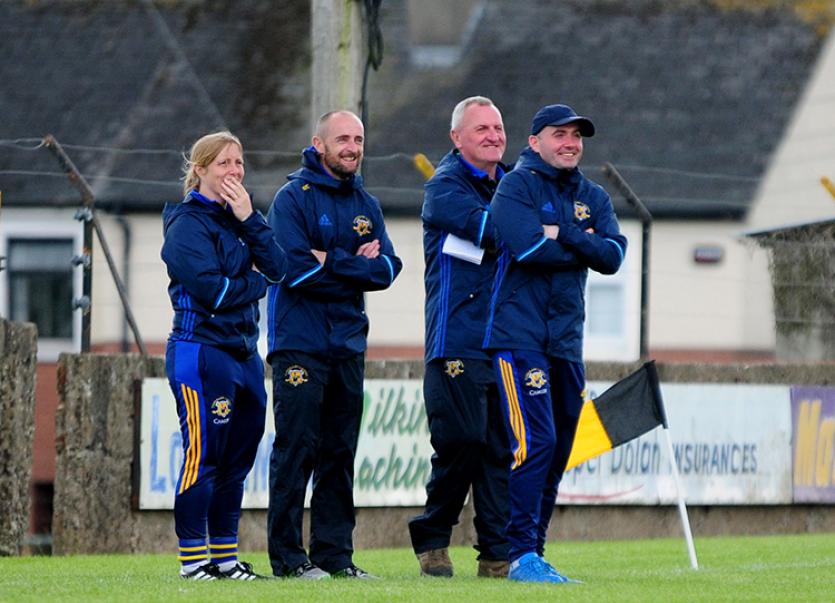 Shane Ronayne’s Tipperary team are this week preparing for a TG4 Munster Intermediate Ladies Football Championship final clash with Clare at the Mallow GAA Complex on Saturday, July 8th (1.15pm) - the game will feature as the first part of an enticing double header while in the senior provincial decider Kerry take on Waterford (3.15pm). And, Tipperary manager Shane Ronayne is encouraging all fans of football to get along to the Cork venue on Saturday.

“It is a very novel pairing in the senior as well - it’s usually Cork and Kerry, but now it’s Waterford and Kerry. We were very close to Waterford last year in the league final and Waterford are now in the senior Munster final after they beat Cork. So, those are the standards that we are aspiring to,” Shane Ronayne told the Tipperary Star this week.

“And, in terms of our own game with Clare we had two terrific games against them last year. Talented Tipperary players like Aishling Moloney, Aishling McCarthy, Jennifer Grant, Roisín Howard and Orla O’Dwyer are going to be on show next Saturday and anybody who wants to see some goal-scoring action there is none better than Roisín Howard at the moment. And, Aishling Moloney would grace any field in the country - she is that good.

“So, I think if people want to see good quality football without negativity and without pulling and dragging Mallow is the place to be - I expect to see free-flowing football next Saturday. You will get good entertainment in both games - it will be an exciting day of football in Mallow in a good stadium and in good surroundings. We will be hoping for a good Tipperary following - we have had a good following there at the games all year and we will be hoping to pick up a few more before Saturday. I think if people see these girls in action they will be very impressed with them.”

The Tipperary team beat Wexford after a replay in the division three league final (0-15 to 1-10) and followed that national title up with a 34-point Munster championship win (8-16 to 1-3) over Limerick.

“The players are very determined - this is phase two of the project for the year. They want to retain the Munster trophy and they certainly want to go in the front door into the All-Ireland series. Everything has been planned and put in place in the hope that they will be able to go in that front door. We had the game against Limerick - that was a game that everybody expected us to win and we did our job there. It has been five weeks since the Limerick game and they are looking forward to the game - they are mad for games,” Shane Ronayne revealed before explaining that the Tipperary players have been preparing well for the challenge posed by Clare.

“We are happy with where we are - the players are in good form and they have trained very well since the league final. We have upped the intensity and we have gone up to three sessions a week. They are progressing along nicely, the fitness levels have gone up and they are moving along nicely. So, we are very happy with them. And, we should be at nearly full strength for next Saturday,” Shane Ronayne said.

Although Tipperary beat Clare in the 2016 provincial intermediate final the Banner beat the Premier County in a subsequent All-Ireland semi-final 3-14 to 2-16 (Clare lost the All-Ireland final to Kildare 1-12 to 1-13) at Páirc na nGael, Limerick. In a thrilling finish Clare clung on for a narrow one-point win.

“There is probably a bit of talk about what happened last year, but we have to put all of that to one side. It’s a clean slate - we are just concentrating on what we want to do. We have our own standards and we are trying to keep to them. So, hopefully the standards that we have set for ourselves will be good enough to win the Enda McDonnell Cup again,” Shane Ronayne explained to the Tipperary Star.

“There were two tight games between the teams last year and Clare are operating in division two all year so they are playing at a level above us - no matter how hard we are training it is hard to replicate the standard of game that they have been playing in. Clare got to a league semi-final. They were beaten by Cavan in the league semi-final and Cavan should probably have won the division two final. So, Clare have plenty of quality players and we just know that we have to make the step up and make sure that we are at the standard that Clare have played at all year. They have great pace about the field so that is one thing that we have got to be wary of,” Shane Ronayne said.