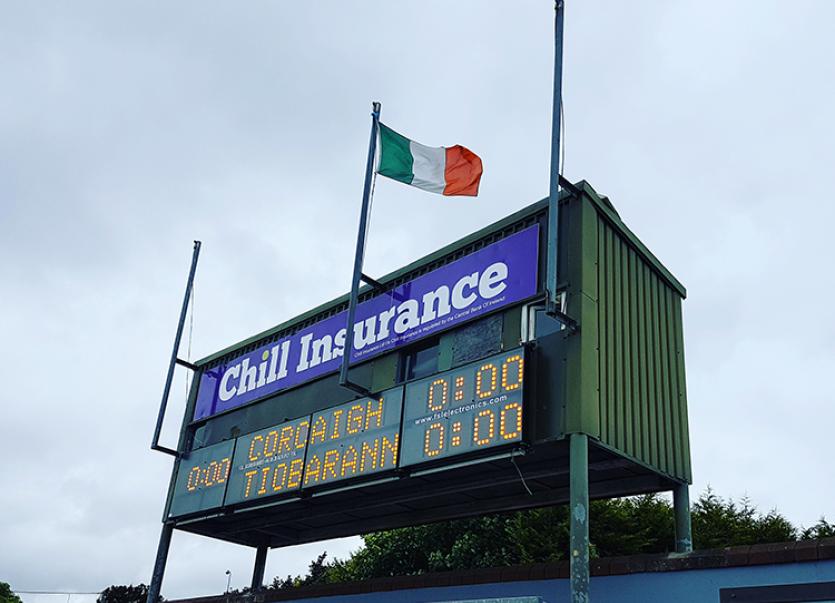 The Tipperary minors lost to Cork in a thrilling battle at Páirc Uí Rinn on Monday evening.

Liam Cahill’s tigerish Tipperary team lost out to Cork in a thrilling Electric Ireland Munster Minor Hurling Championship semi-final replay at Páirc Uí Rinn on Monday evening - although out-gunned from a talent perspective the Premier County gave it everything and very nearly caught the Rebels at the death.

Although they lost to Cork in front of a partisan and 8,142-strong crowd the performance of the Tipperary lads represented a fitting tribute to the blue and gold jersey. Against a superb Cork team, which will perhaps go down as one of the Rebels’ greatest-ever, Tipp shipped 2-5 without reply in a devastating eight-minute spell to trail by eight as early as the 13th minute (0-4 to 2-6). Cork were threatening to cut loose with twenty minutes to play when leading by eleven points (0-12 to 2-17), but the Tipperary lads refused to give in.

Indeed, in a stirring final quarter Liam Cahill’s men, thanks to goals from Cathal Bourke and Kevin McCarthy, reeled Cork in and trailed by two points in injury time when a Jake Morris point left one it.

To their credit Cork saw out this encounter with late efforts from man of the match Brian Turnbull and Dáire Connery (free). And, the manner in which the Cork lads wildly celebrated this victory represented a fitting compliment to a Tipperary team who gave this contest everything they had.

Michael Purcell, Conor Bowe and Jake Morris were outstanding for a Tipperary team who got off to an enthusiastic start - despite playing into the stiff breeze points from Niall Hoctor, Conor Bowe (two) and Anthony McKelvey (free) helped the defending provincial champions into a 0-4 to 0-1 lead by the fifth minute. The manner in which Bowe grabbed a puck-out in the fifth minute, took on the Cork defence and finished off his left was especially encouraging.

This is a Cork team of rare quality, however, and the home side struck for a goal in the fifth minute when the Tipp full-back line coughed up an inopportune turnover and Craig Hannifin finished off his left. The Rebels then added four consecutive points (Dáire Connery featured with two crackers - one sideline) before conjuring a sensational move - Seán O’Leary-Hayes, Brian Turnbull and Craig Hanafin combined to set up Liam O’Shea who buried a brilliant goal. Turnbull then added a point - Cork had notched 2-5 in eight minutes and led 2-6 to 0-4.

Tipperary re-located corner-forward Niall Hoctor to the middle third of the field and steadied with points from Jake Morris and Anthony McKelvey (free) to close the gap to six entering the second quarter. Cork, however, were moving well and added two more points to their tally through Brian Turnbull (free) and Dáire Connery (free) to lead 2-8 to 0-6 before Liam O’Shea lashed a goal chance wide in the 22nd minute.

Ray McCormack won a turnover and set up Jake Morris for Tipperary’s seventh point in the 23rd minute, but when Cork hit back with efforts from Brian Turnbull (free) and Dáire Connery the Rebels led by nine (0-7 to 2-10).

Tipperary made an impressive stand during the closing four minutes of the opening half when out-scoring the home side 0-3 to 0-1 thanks to points from Conor Bowe and Anthony McKelvey (two frees). Tipperary trailed by seven at the break (0-10 to 2-11), but that deficit could have been reduced significantly in the 27th minute when Cork ‘keeper Ger Collins did well to save an Anthony McKelvey effort.

Points from Darragh Woods and Jake Morris (off-set by a Brian Turnbull free) were encouraging from a Tipperary point of view in the opening three minutes of the second half (0-12 to 2-12).

Cork were now employing a sweeper against the breeze and Tipperary opted to go man-for-man in response. Indeed, such was Cork’s determination to drop deep and pack the Rebels’ half of the field it was, on occasion, three-on-three inside the Tipperary 65-yard line.

The home side then proceeded to hit five points without reply - a Brian Turnbull effort launched the onslaught as Cork counter-attacked efficiently. Dáire Connery, Seán O’Leary-Hayes and Craig Hanafin (two) forced Cork into an eleven-point lead (0-12 to 2-17) by the 42nd minute.

These Tipperary lads, however, were born with their sleeves rolled up and they kept coming and coming at Cork. Indeed, it is revealing to note that Tipperary won the turnover-in-the-tackle battle 33-23 and won the closing twenty minutes of this encounter 2-7 to 0-5.

If Tipperary were to mount a challenge now was the time to do so and to be fair to Liam Cahill’s men they came at Cork in waves. Indeed, in a rousing seven-minute period Tipperary out-scored the Rebels 1-4 to 0-1. A Jake Morris effort from play and three Darragh Woods frees preceded Tipperary’s opening goal in the 50th minute - a superb Cathal Bourke dummy created the room for the Clonoulty-Rossmore corner-forward to finish off his left (1-16 to 2-18).

Two more Darragh Woods frees dragged Tipperary to within five of Cork (1-18 to 2-20) before corner-back Jerome Cahill was dismissed for a second yellow card in the 59th minute. The Premier lads kept at it, however, and in the 62nd minute Paddy Cadell, who had been expertly man-marked by Cork’s Ger Millerick at midfield, lobbed in a long-range free, the delivery broke off Jake Morris and an alert Kevin McCarthy lashed home a second Tipperary goal (2-18 to 2-20).

Paddy Cadell grabbed the Cork re-start seconds later and picked out Jake Morris. In the blink of an eye the Nenagh Éire Óg man slipped his shot over the bar - with two minutes remaining in injury time (four announced) Tipperary had closed the gap to one (2-19 to 2-20). Cork, however, saw out this contest with some composed hurling. A Brian Turnbull point from play helped the home side into a two-point lead before Dáire Connery converted a late free. Game over.