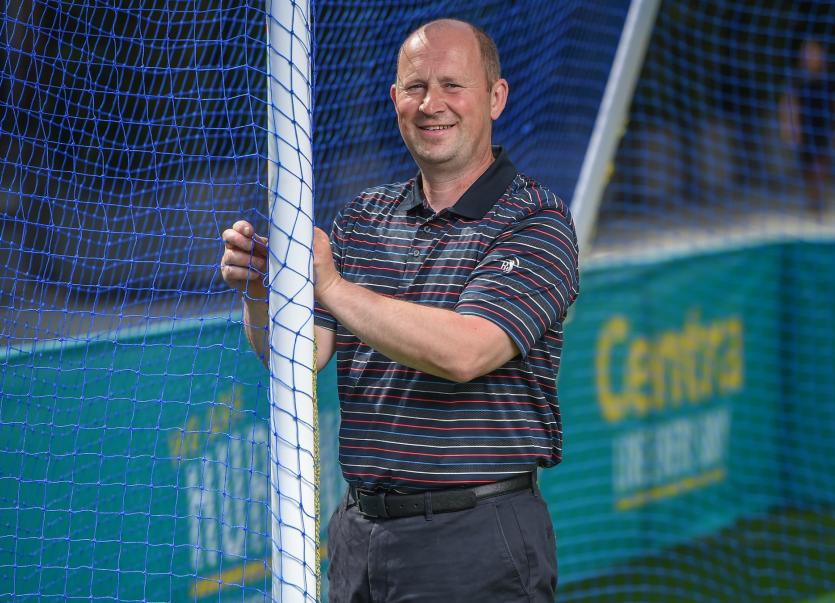 The Templemore man has had a very busy week readying the Field of Legends for a bumper weekend of hurling on Saturday and Sunday.

It's been a very busy week for Semple Stadium as they prepare for this weekends Saturday and Sunday hurling bonanza and few have been busier than groundsman David Hanley who has has been named in the Centra #WeAreHurling team.

As a long-standing sponsor of the GAA Hurling All-Ireland Senior Championship, Centra recently launched #WeAreHurling, which celebrates the passion displayed by all of those in Ireland’s collective hurling community.  #WeAreHurling reinforces Centra’s commitment to local communities across Ireland by shining a light on the many people who devote their lives to the game – making our national sport a pillar of Irish pride. Launched earlier this week, #WeAreHurling aims to amplify hurling in the hearts and minds of the nation and, by doing so, build stronger communities across modern Ireland.

Hanley, a Templemore man, has had a busy few months getting the home of hurling in top condition for the Munster Championship, and is already back at work ahead of July’s showdown between Clare and Cork.

Throughout the season, Centra will be championing the team-of-15, who will amplify the nation’s love for the game with insights on the impact hurling has on their lives and their unwavering dedication to the sport. Their accounts will be showcased on Centra’s Facebook and Twitter social channels, throughout the season. As a community retailer with 450 stores nationwide, Centra will also bring #WeAreHurling to life locally throughout the Championship season, with 70 local activations, such as medal presentations, community awards, family fun days, and jersey donations. As part of the campaign, a new Centra television ad will also showcase the passion behind #WeAreHurling.

Speaking about Centra’s new # WeAreHurling campaign, Martin Kelleher, Centra Managing Director said: “Centra is at the heart of communities across Ireland and is instrumental in reinforcing the passion and commitment for hurling at a local level, helping to build stronger communities nationwide. This year, we are not only celebrating the elite athletes of the GAA, but those who aid the development of the sport throughout communities across Ireland.”

Speaking about Centra’s #WeAreHurling  campaign at this week’s launch, Kilkenny hurling legend and Centra ambassador, Henry Shefflin said: “For those who play hurling, it is very refreshing to see the championing of the wider hurling community, because without everyone playing their role, both on and off the pitch, the sport would not be the success it is today. I have a very supportive family who encouraged me throughout the years – even when it meant missing family occasions because of my commitment to the game.”

Also speaking at this week’s launch, Emelie O’hAilpin, mother of sporting superstars, Sean Og, Aiske, Teu and Setanta, said:  “Like any mother, I always had nerves watching my children play sport, but I always encouraged them to take part, from a young age. It gave them good discipline, it gave them a passion and it provided great social inclusion for their own development, so I always tried to support the boys in any way possible.”