THE PUNTER'S EYE: Four horses to back this weekend 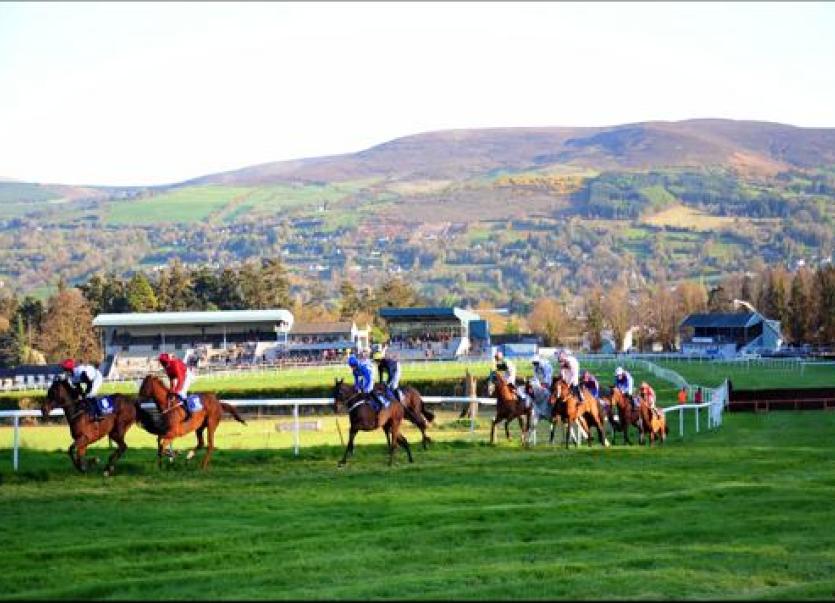 Bellewstown brings its July festival to the racing scene this weekend and the track offers a mix of flat and jumps action. There are a couple of horses to watch out for on Saturday evening.

In the first race at 16:50, Marinero (11/4) is intriguing for Henry De Bromhead and Ruby Walsh. He was disappointing in the spring having unseated at Cheltenham, finished a distance behind Might Bite at Aintree, and being pulled up at Punchestown. However, De Bromhead is persisting with him and he recaptured a decent level of form on his most recent outing at Down Royal when he was just two lengths second behind Rashaan. Prior to the spring campaign, he had been in sparkling form, beating the likes of Taglietelle at his ease last September, and chasing home the classy Thistlecrack at Cheltenham in December. He was just three lengths in arrears that day and Thistlecrack emerged as a top brass staying hurdler and later a chaser, making Marinero's form with him pleasing. That run came on good to soft ground and it shouldn't be far off that going at Bellewstown on Saturday. One of the other big yards will could have its say in this race as Automated for Gordon Elliott represents a major threat.

The 18:50 race throws up a really competitive handicap hurdle where once again a number of the top yards lock horns. Jessica Harrington's Light That won't be without a chance for a yard in form, although he was pulled up on his most recent start. Gordon Elliott has the likely favourite in the shape of Timiyan who was a winner last time out at Roscommon after a 226-day break. However, I like the look of Tudor City (13/2) for Tony Martin and Ruby Walsh. He was off the pace behind Western Boy last time out at Punchestown, finishing 9th, but was a model of consistency prior to that. In the five races immediately before that performance, Tudor City won twice and was runner-up three times. As recently as April, he slammed rivals at Fairyhouse, winning by nine lengths with Agent Boru back in second. A runner-up run behind Ice Cold Soul worked out fairly well as he had the likes of Hidden Cyclone, Thomas Hobson and Veinard behind him. The booking of Ruby is a big plus, and after a break, I think nice summer ground will get the best out of him once again.

Willie Mullins could have the winner of the last race on Saturday's card at 20:20. I'd tend to side with Iolani (2/1) in the famous Supreme Horse Racing Club colours. Her debut in Clonmel was disappointing as she came home more than 17 lengths behind the winner, but the manner in which she came on for her second run suggests massive improvement is on the cards again. She had more than five lengths to spare in that winning run over Frankiefiveangels, with the third placed horse a further seven lengths behind. Tower Bridge is clearly highly thought of from Joseph O'Brien's stable, but I'll stick with Iolani given her seriously powerful connections.

On Sunday, Baily Moon can use a five-pound claimer to his advantage to reverse recent form with likely favourite, Top of the Town in the 15:40 race on the card. The pair met carrying level weights in Tipperary in May on similar ground to that being forecast for Sunday, with Top of the Town coming out on top by just over a length. They've been handed the same weight once more for this race, but Mouse Morris has cleverly employed the services of JJ Slevin, who can still claim five pounds off the horse's back. That may be enough to make up the earlier deficit with Top of the Town who hasn't run since that contest. Baily Moon did run and won again subsequently, accounting for the challenge of Go It Alone and Milsean at Wexford in late May. Don Vincenzo could be the other main danger.