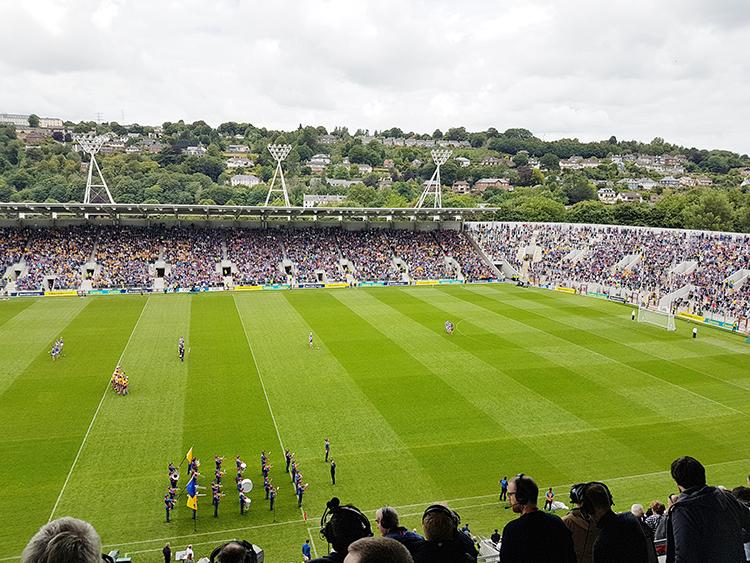 Tipperary led 0-16 to 2-5 at the break despite conceding two distressing goals to Aaron Cunningham.

In front of 28,567 spectators Tipperary roared into a seven-point lead (0-23 to 2-10) by the 55th minute. Clare, however, rallied late on to close the gap to one. Tipperary steadied themselves, however, and responded brilliant to leave six between them before a late Shane O’Donnell goal presented Clare with a consolation of sorts.

Since repeated pairings are avoided at the semi-final stage the following are the possible permutations: if Waterford win their respective quarter-final there will be a semi-final draw on Monday since both Waterford and Tipperary have already played Cork; if Wexford win Tipperary will face Galway and Wexford will take on Cork in the last four.