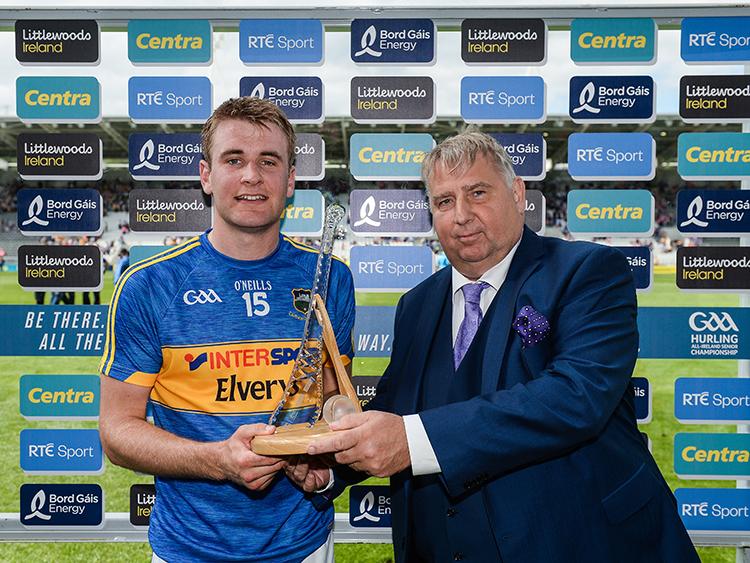 Loughmore-Castleiney’s John McGrath was presented with the man of the match award following his superb performance during Saturday’s All-Ireland Senior Hurling Championship quarter-final win over Clare. And, following the dramatic encounter at Páirc Uí Chaoimh, Cork John insisted that the Tipperary team were not prepared to “lie down” when the Banner came at them during the final quarter.

Clare hit six points in succession to reduce Tipperary’s lead to a single point with five minutes to play, but the All-Ireland champions rallied superbly late on to notch five of their own before Shane O’Donnell notched a consolation goal for Clare (0-28 to 3-16).

“We started the (second) half well and were pushing on, but we knew it wasn’t going to be easy. You saw how well Clare came back - they put us to the pin of our collar. I think they brought it back to a point with a couple of minutes to go, but it just shows the character of our boys as well - we weren’t going to lie down and let them pip us at the end,” John McGrath told RTÉ’s Darragh Maloney.

“We drove on and boys came in off the bench and freshened it up. Everyone gave it one hundred per cent and we are after getting to where we wanted to be,” the Loughmore-Castleiney man added.

“It’s a tough thing to do when the tide turns against you like that. We have taken a lot of blows this year already and we were not going to take another one. Every single person on the panel there stood up and were counted. And, you see the results of it there now: a brilliant win in a good, tight game.”