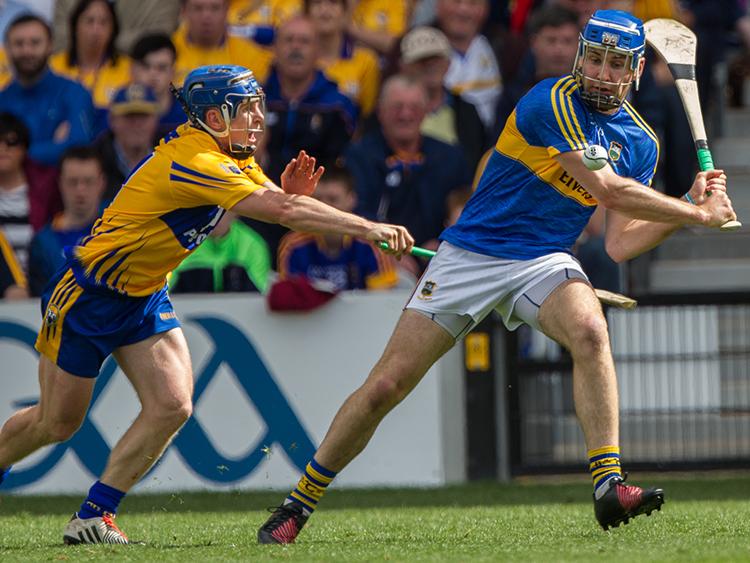 One of the defining characteristics of Tipperary’s three-point win (0-28 to 3-16) over Clare in a dramatic All-Ireland Senior Hurling Championship quarter-final at Páirc Uí Chaoimh, Cork on Saturday was the determination of the forwards to work back and amplify the defensive effort. Indeed, John O’Dwyer was eager to emphasise the point that it is a “team game”.

“It is a team game. We are not just in there to score a couple of points or a goal. We have to do our hard work for the team as well,” John O’Dwyer explained.

“You win games and you lose game. Some people might talk about the manner of the defeat (to Cork), but we just put our heads down. We worked hard again inside in training and we got back on track - that’s three games on the trot that we are after winning so it’s two more games now and we will be back to where we want to be,” John O’Dwyer said.

“A lot of hard work goes in and that’s why you have a squad - it’s not a fifteen-man game. You have your twenty and then you have thirty-five lads on the panel. When you go training everyone is pushing each other to get the best out of each other. So, that's why you have the lads on the bench that can come on and finish the job.”

BACK IN CROKE PARK

Tipperary now find themselves preparing for an All-Ireland semi-final and John O’Dwyer, for one at least, is looking forward to getting back into Croke Park, Dublin.

“We are absolutely delighted - we are back where we want to be. At the start of the year we set out to get back to Croke Park in August and in September so we are just delighted. We knew we were going to get a serious game off Clare here today. So, we are just happy to get the win,” John O’Dwyer explained before discussing the closing minutes of Saturday’s dramatic contest when the Banner came close to landing a knock-out blow.

“No matter who you play every team is going to get their purple patch in the game - you just try to limit the amount of scores that they get as much as you possibly can. I think they reeled off six points in-a-row and we came back then and got the next four or five points. That shows good character in the team and good character in the squad that we can come back,” John O’Dwyer told the Tipperary Star.

“The confidence that we have in the group is absolutely second to none - with players like Paudie Maher and Ronan Maher you know that we are going to come good. Every team is going to have their purple patch, but then Paudie came out with an unbelievable catch and Brendan Maher put over a ninety-yard free. Them boys have been around the block a long time and it shows the character that we have in the squad,” John O’Dwyer said.

“Look, we are just absolutely delighted to get out of here with the win. We knew exactly what we were going to get from Clare - it was going to be a good, hard and physical game and their backs are tight. But we are back in August so we are back to where we want to be,” the Killenaule man added.

“Galway are the Leinster champions and Cork are the Munster champions and deservedly so. So, no matter who you get (in the semi-final), whether it is in two weeks or three weeks, you are going to get a serious game. Whenever we know our opposition we will knuckle down and train hard again.”