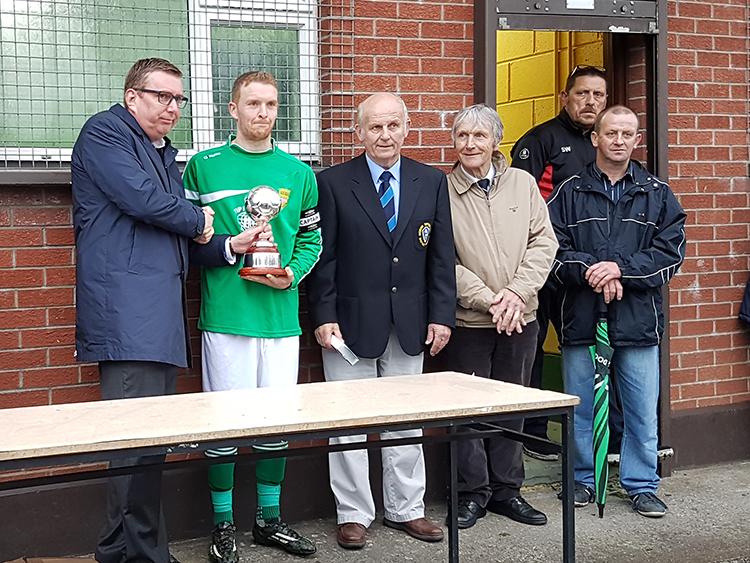 St Michael’s got their season off to an encouraging start at Cooke Park in Tipperary Town on Sunday evening when James Walsh’s team registered a reasonably comfortable 3-0 win over Peake Villa in the final of the John Delaney Cup - the Saints beat Blackcastle Templemore Harps 2-0 in the quarter-finals and Clonmel Town 3-0 at the semi-final stage of the competition.

St Michael’s dominated the opening half of this contest and the goal-scoring chances soon materialised. Peake Villa ‘keeper Stephen Ryan saved smartly from Rodrigo Concalves in the fifth minute and Ollie O’Driscoll in the sixth, 15th and 16th minutes while Mathew Fogarty made another telling block on the line from the lively centre-forward in the sixth.

The breakthrough finally came in the 21st minute when Ollie O’Driscoll was allowed to take a touch on the edge of the Peake Villa box and curl a left-footed finish around the advancing Stephen Ryan following Shane Ryan’s through ball.

Jimmy Carr was prominent for the Saints during the opening half and he played a key role in the second goal in the 24th minute when Villa failed to deal with the winger’s cross and Alan O’Dwyer headed home from close range.

Adrian Walsh made a brilliant save to deny Mattie Stakelum a goal following enterprising work from Pippy Carroll and Michael Wade during the opening minutes of the second half. And, to be fair to Peake Villa their performance did improve significantly after the break. St Michael’s, however, always looked in control before Ollie O’Driscoll and David Slattery combined smartly and set up Paddy Fitzgerald for the home side’s third goal.

The one remaining highlight from this encounter was an outstanding Anthony McKelvey save from the Saints’ Luke Quinn following a pin-point John O’Brien delivery in second half injury time. 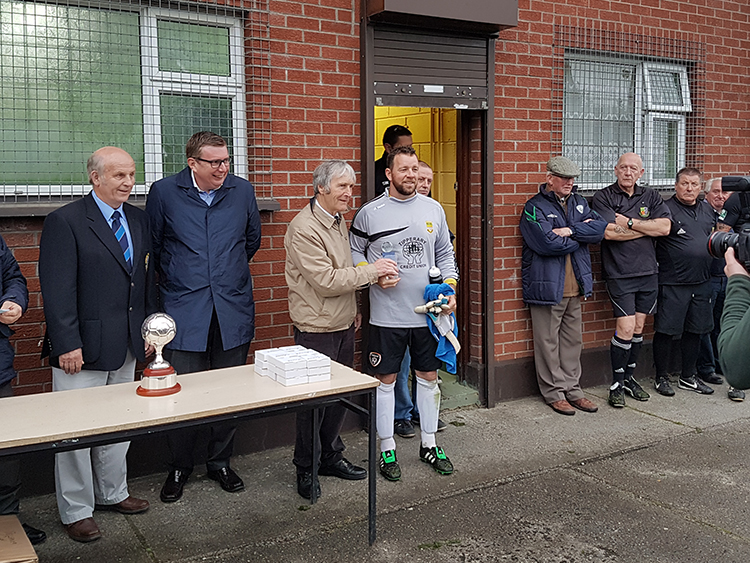