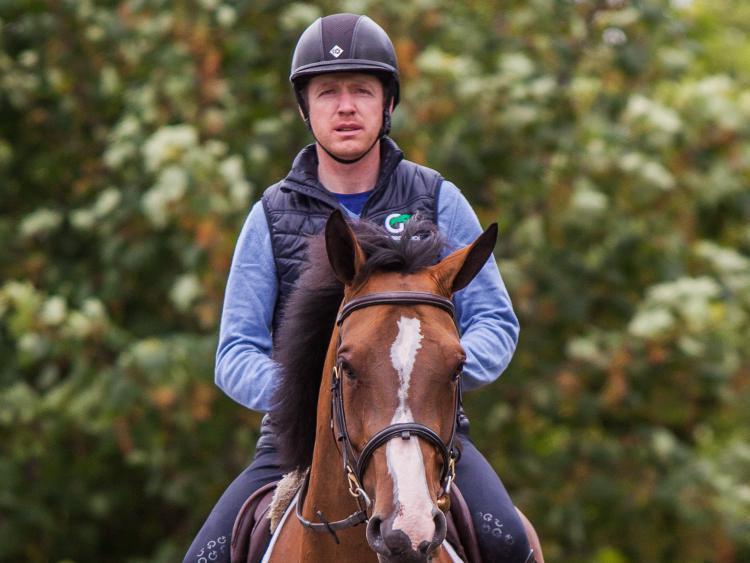 During an incredible week for Irish riders at the Dublin Horse Show Tipperary’s Denis Lynch finished as runner-up in Longines Grand Prix on Sunday.

Denis Lynch completed a remarkable five days for Tipperary showjumpers when claiming the runners-up spot on board RMF ECho in the curtain-closing Longines Grand Prix of Ireland.

Lynch was one of two Irish riders who made it through to the nine horse jump-off in the €200,000 feature five-star Grand Prix where he partnered the 13-year-old stallion RMF Echo. He was drawn second last to go against the clock and came within a 10th of a second of beating Swiss rider Werner Muff who took the winner’s prize. Lynch crossed the line clear in 37.17 seconds and took home €40,000 for second place while Muff’s clear in 37.06 saw him collect €66,000.

Victory in Friday’s Aga Khan Trophy may have eluded Rodrigo Pessoa’s team (which featured Denis Lynch), but Irish riders overall had an incredible run of results during the five days at the RDS when winning eight out of the nine individual five-star competitions. Daniel Coyle and Christopher Megahey shared victory in Saturday’s Puissance, while Denis Lynch, Bertram Allen, Shane Breen also scored a win apiece. Cian O’Connor and Greg Broderick both recorded two victories each to complete a memorable week for Ireland in Ballsbridge. Broderick was also crowned leading international rider of the show.

On Saturday Denis Lynch claimed the JLT Dublin Stakes. Lynch’s victory, worth just over €8,000, came after a 14-horse jump-off where he partnered RMF Zecilie to the winning clear in 36.70.

On Thursday Greg Broderick and Zuidam scored their second win in 24 hours - Broderick and the 13-year-old stallion had come out on top in the opening class of the show on Wednesday and they added another victory in the Speed Derby sponsored by The Clayton Hotel Ballsbridge. The competition attracted riders from ten different nations however Irish riders totally dominated the final leader board filling all of the top six places. Cork’s Billy Twomey and The Irish Sport Horse Ardcolum Duke finished as runners-up, with Shane Breen third on Can Ya Makan.