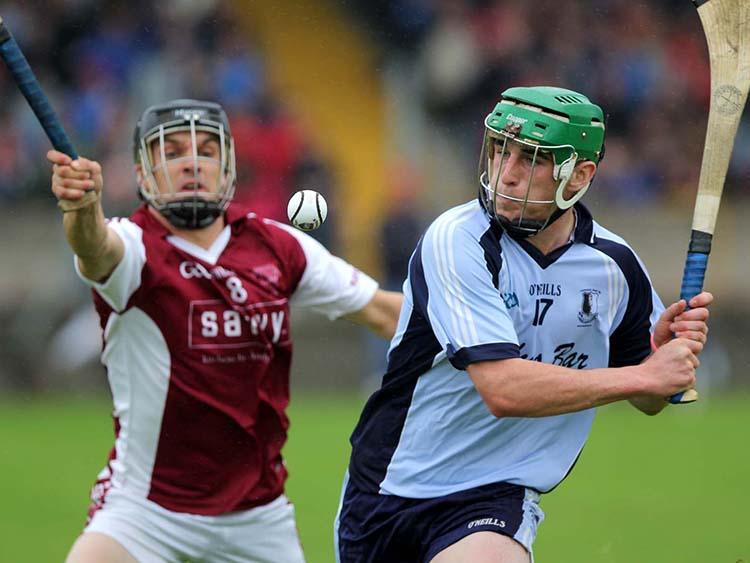 When local pride is at stake losing timidly is not an option. And, that sense of real parochial pride will be foremost in the minds of the Borris-Ileigh and Nenagh Éire Óg players when the sides contest the Hibernian Inn North Tipperary Senior Hurling Championship final at MacDonagh Park, Nenagh on Saturday, September 2nd at 6pm.

And, it won’t have escaped the attention of the local wags that Borris-Ileigh have a habit of beating Nenagh Éire Óg in North finals on their own patch - although Borris-Ileigh have not won a divisional senior title since 2007 the men in maroon and white collected their last two Frank McGrath Cups (2005 and 2007) at the expense of the Blues at MacDonagh Park (1-12 to 0-13 twelve years ago and 0-19 to 0-16 ten years ago).

That said Borris-Ileigh are waiting ten years for a divisional title and have not appeared in a North final since 2010 when they lost out narrowly to Toomevara. For their own part Nenagh Éire Óg won the Frank McGrath Cup as recently as 2014 while the Blues were also crowned champions in 2009.

Incidentally, having both featured at the business end of the 2013 county senior hurling championship Éire Óg and Borris-Ileigh then encountered one another at the semi-final stage of the 2014 North Tipperary Senior Hurling Championship - in the end the Blues prevailed (2-13 to 1-14), but only after a ferocious battle at, you guessed it, MacDonagh Park, Nenagh.

Since 2014 Borris-Ileigh have worked hard to rebuild their team and the side coached by Johnny Kelly (Portumna, Galway) are maturing nicely. Borris-Ileigh, for example, lost their opening county championship game to Kiladangan (1-13 to 1-20), but they followed that display up with a really good performance against Loughmore-Castleiney - Borris-Ileigh fought back from four points down to take the lead only for Loughmore-Castleiney to score an equalizer in injury time (1-16 apiece).
Loughmore ‘keeper Shane Nolan also made three excellent saves in that game. Borris-Ileigh then booked their place in the knock-out stage of the county championship when they walloped Upperchurch 4-17 to 0-15.

In contrast Nenagh Éire Óg have endured a mixed season. Although the Blues beat Carrick Swans by thirty-three points (6-31 to 1-13) Éire Óg lost to Kilruane MacDonagh’s by eleven points (0-15 to 3-17) and then Thurles Sarsfields by sixteen (2-10 to 4-20) in the Tipperary Water County Senior Hurling Championship. Plenty of intrigue has also enveloped the Nenagh Éire Óg camp with manager Donach O’Donnell removed as manager earlier this season and replaced by Brian Whelahan (Birr, Offaly). Nenagh Éire Óg impressed in their Hibernian Inn North Tipperary Senior Hurling Championship semi-final win over defending champions Kiladangan, but whether the Blues are really back on track is anyone’s guess. You only discover the true quality of a tea bag when it is placed in hot water - the same goes for hurling teams and Borris-Ileigh are sure to test the mettle of Nenagh Éire Óg on Saturday evening.

And, the preparations of the Borris-Ileigh team - featuring captain Paddy Stapleton - are sure to be nourished by the memory of their recent visit to MacDonagh Park when Johnny Kelly’s men took on and beat Éire Óg in a hard-fought Tipperary Water County Senior Hurling League Division One semi-final in Nenagh (0-21 to 1-16).