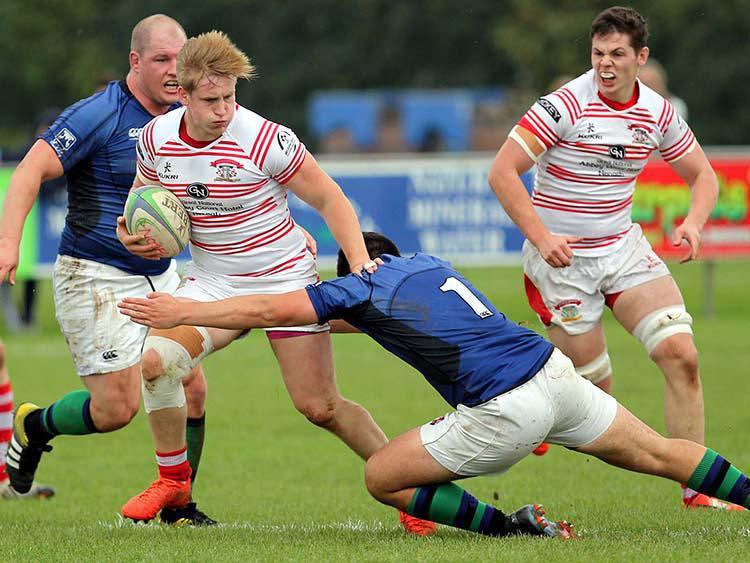 At New Ormonde Park on Friday night UL Bohemian avenged their Charity Cup semi-final defeat suffered at the hands of Nenagh (20-17) when the Limerick side recovered a thirteen-point interval deficit to beat the home side 18-13.

Nenagh Ormond looked especially composed in the opening half and penalties from the boot of Clayton Stewart in the seventh and 17th minutes helped the home side into a 6-0 lead.

UL Bohemian were reduced to fourteen men following a sin-binning in the 28th minute and Nenagh Ormond took full advantage in the 33rd when the home side pushed the Bohs scrum over the line and Eoin Gardiner touched down. Stewart converted and Nenagh led 13-0 at the break.

UL Bohs, however, were a side utterly transformed in the second half. The Limerick team scooted in for a try in the 43rd minute and Nenagh’s Willie O’Connor was sin-binned in the 50th following which Bohs added a penalty to their tally (13-8).

The Limerick outfit dominated thereafter, but Nenagh held out brilliantly with winger David Gleeson making a key interception in the 59th minute on his own line to deny the raiding Bohs a certain try.

With twenty minutes to play Willie O’Connor returned to the field of play and just when you suspected that Nenagh Ormond had survived a testing period of the game UL Bohemian scooted in for a heart-breaking intercept try which was converted (13-15).

UL Bohs continued to dominate in the possession and territory stakes and added a penalty to seal the win in the 73rd minute.

Irrespective of this defeat Nenagh Ormond will be reasonably pleased with their form heading into the opening round of the Ulster Bank League - on Saturday, September 16th Nenagh Ormond host Malone in division 2A (2.30pm).