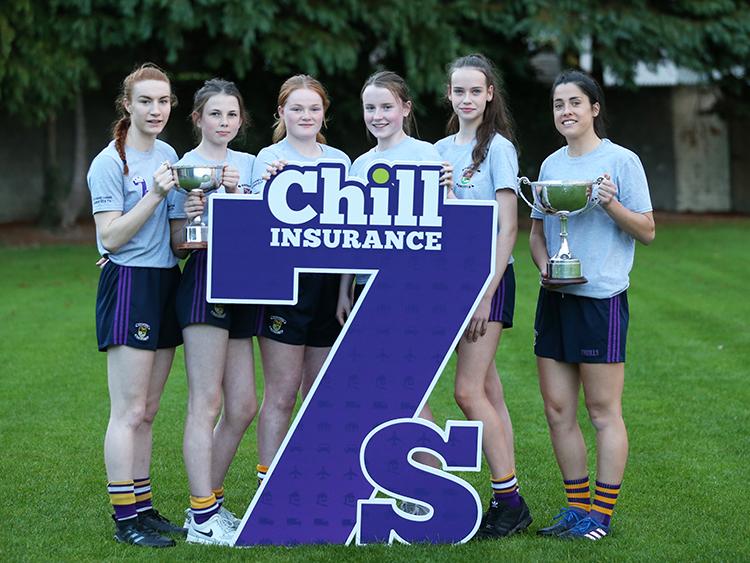 Marie Hickey (Uachtarán Cumann Peil Gael na mBan) attended the launch of the Chill Insurance All-Ireland Undder-14 Ladies Football Sevens at Kilmacud Crokes on Tuesday, September 12th. Marie commended Kilmacud Crokes for all of their hard work in running the competition over the years and helping it grow from strength to strength. She remarked that events such as the Sevens help to promote all that is good about the sport. Marie continued to say that she hoped all of the teams and their mentors participate in the competition with great determination and with a spirit of respect for others and above all that they enjoy themselves while doing so.

Ladies Football Chairperson Daphne Lamb said that she was delighted to have Chill Insurance on board as sponsors of the All-Ireland under-14 sevens and looked forward to working with Chill Insurance over the coming years. She went on to say that their financial contribution would greatly assist with the professional and efficient running of the Sevens and she hoped 2017 would be a competitive and enjoyable Sevens with all participants having fun, sustaining friendships and making new ones!

Kevin Foley (Cathaoirleach of Cill Mochuda na Crócaigh) said he was looking forward to welcoming all players and mentors and supporters to Stillorgan for this key event. He said that he hoped that all will enjoy this wonderful event which makes a great contribution to Ladies Football nationally.