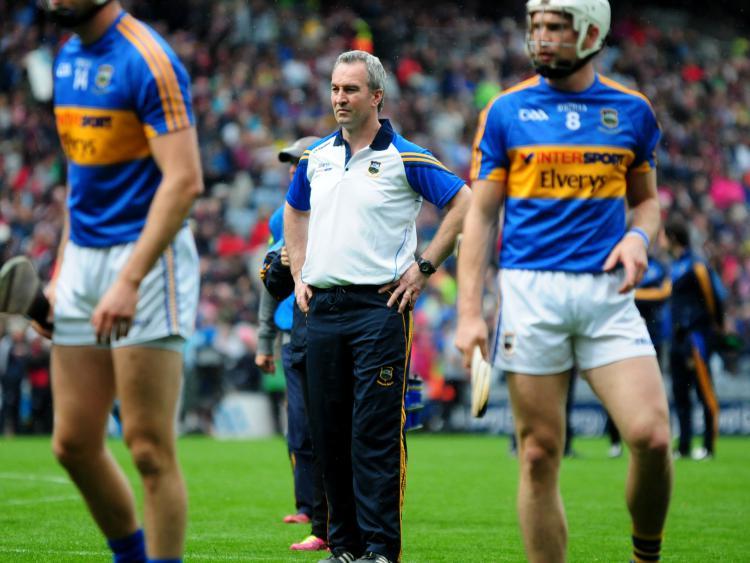 The Tipperary County Board are just days away from ratifying the respective inter-county management teams for the 2018 season. Indeed, it is understood that at the County Board meeting on Tuesday, September 26th the senior hurling, senior football, under-21 hurling, under-20 football and respective under-17 management teams will be put before the delegates with reappointment of both Michael Ryan and Liam Kearns as the respective senior managers the most pressing concern.

During his first year in charge (2016) the Premier County were crowned Munster and All-Ireland champions, but lost out narrowly to eventual champions Galway in the 2017 All-Ireland semi-finals.

Liam Kearns (Kerry) is set to commit to a third year at the helm of the Tipperary senior footballers - in 2016 Tipp reached the All-Ireland semi-finals before losing out to Mayo after a thrilling campaign and although the side was tortured by injuries in 2017 the Premier County did win division three of the Allianz National Football League when seeing off Louth in the decider at Croke Park, Dublin.

Shane Stapleton (Golden-Kilfeacle) and Paul Fitzgerald (Fethard) are set to return as selectors alongside Dave Moriarty (Limerick) who will head up the strength and conditioning of the team. It is also understood that Brian Lacey (Arravale Rovers) will perform a key role on the inter-county football management team.

Meanwhile 2016 All-Ireland minor winning manager Liam Cahill is set to step up to the under-21 role vacated by William Maher.

Liam Cahill signed off on his four-year term as Tipperary minor hurling manager in 2017 at Páirc Uí Rinn, Cork when his determined side lost out narrowly after a replay to Cork (2-19 to 2-22) - during his four years in charge the Ballingarry man guided the Tipperary minor hurling team to two provincial crowns (2015 & 2016) and an All-Ireland title (2-16). Indeed, Cahill’s time at the helm included sixteen championship games in total, featuring ten wins, one draw and five defeats.

In 2017 the fortunes of the under-21 hurling team were guided by manager William Maher (Ballingarry) and selectors John Devane (Clonoulty-Rossmore), Eamonn Buckley (Drom & Inch) and Liam O’Shea (Kilruane MacDonagh's). Tipperary lost to Limerick 0-19 to 2-24 at Páirc na nGael, Limerick in a one-sided quarter-final.

Declan Browne has stepped away while it is rumoured that David Power (Kilsheelan-Kilcash) is set to replace the Moyle Rovers man. Power managed Tipperary to the All-Ireland minor title in 2011, managed the under-21s in 2015, the Wexford senior team in 2016 and was a coach-selector with the Tipperary under-17s in 2017.

Kiladangan’s Darragh Egan had been touted for the under-17 hurling job, but has been forced to decline the role due to personal commitments. In his place it is understood that Toomevara's Tommy Dunne will take responsibility for the Tipperary under-17 hurling team.

During the 2017 under-17 Munster hurling championship Tipperary lost out to Cork (2-9 to 2-22) at Páirc Uí Rinn, Cork. Trevor Hassett managed the team - the Drom & Inch man was joined on the management team by coach-selector Séamus Gleeson (Kiladangan), selector Martin Ryan (Borris-Ileigh) and selector Declan Hickey (Skeheenarinky).