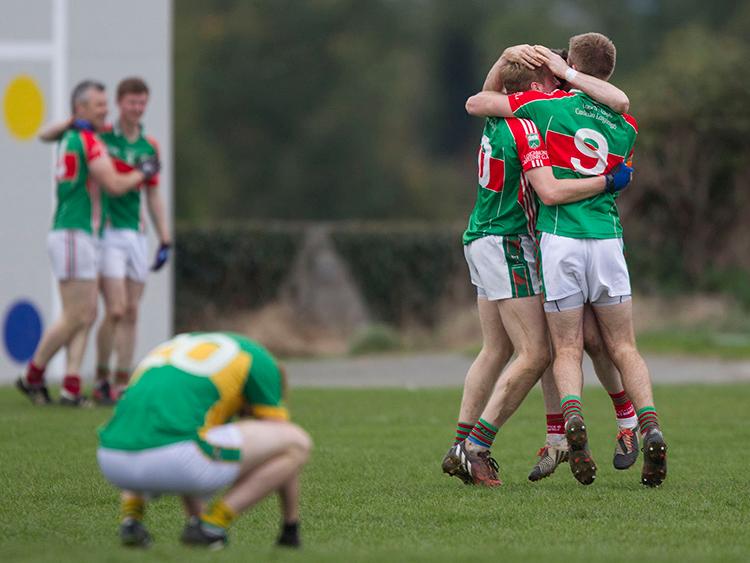 The draw for the semi-finals of the Tipperary Water County Senior Football Championship was made on Monday evening and pits Moyle Rovers against Killenaule and, potentially, defending champions Loughmore-Castleiney against 2015 title winners Clonmel Commercials - prior to this weekend’s semi-finals Commercials must get the better of Arravale Rovers in a quarter-final which is scheduled to take place on Wednesday, September 27th in Ballyporeen at 8pm.

On Wednesday, September 20th Arravale Rovers beat Éire Óg Annacarty (1-8 to 0-5) in a bad-tempered preliminary quarter-final at Ballyporeen. A wonderful second half goal from James Hogan proved to be the decisive score in this low-scoring clash - the sides were level (0-3 apiece) at the break.

Although Clonmel Commercials need to respect the threat posed by Arravale Rovers the 2015 provincial champions will be expected to get the better of the West Tipperary men and book a date with Loughmore-Castleiney.

Two quarter-finals in the Tipperary Water County Senior Football Championship took place on Saturday - Killenaule beat Aherlow Gaels 3-14 to 2-5 at New Inn while Loughmore-Castleiney saw off the challenge of Kilsheelan-Kilcash in Golden (0-14 to 0-7).

In the 2016 county final Loughmore-Castleiney beat Moyle Rovers (1-9 to 1-6) and accounted for Clonmel Commercials at the semi-final stage (0-9 to 0-8). Therefore football supporters in the county will be looking forward to a rematch between these rivals.

And, the Loughmore-Castleiney men appear to be coming into form - last weekend, for instance, they helped themselves to a seven-point victory over a talented and hard-working Kilsheelan-Kilcash. Indeed, the South men were within touching distance with ten minutes to go (0-10 to 0-7), but Loughmore-Castleiney, featuring an outstanding display from John McGrath, closed the game out emphatically.

The winner of the potential clash between Loughmore-Castleiney and Clonmel Commercials is anyone’s guess.

Meanwhile the contest between Moyle Rovers and Killenaule may also go to the wire.

Killenaule, thanks to a three-goal blast, earned themselves an emphatic victory over the Aherlow Gaels (3-14 to 2-5) in the quarter-finals last weekend. And, it is interesting to note that Killenaule, in a display of composed possession football, fired 3-5 into the face of a strong wind in the second half. Watch out for Jimmy Feehan, Paddy Codd, Kieran Bergin and John O’Dwyer who are in terrific form for the Killenaule men.

That said Moyle Rovers will still be fancied to reach the county senior football final for the third consecutive year - Rovers lost the 2015 final to Clonmel Commercials (3-5 to 1-12) and last year’s decider to Loughmore-Castleiney (1-6 to 1-9).

As you can imagine the determination in the Moyle Rovers club to win an eighth county title and a first since 2009 must be bordering on the ravenous at this stage.

In the quarter-finals Moyle Rovers beat Ballyporeen 1-19 to 0-9 - putting away a side as capable as Ballyporeen with thirteen points to spare is pretty impressive. With Ciarán Kenrick, Luke Boland, Ross Mulcahy, Stephen Quirke, Martin Dunne, Diarmuid Foley, Seán Carey and Liam Boland in top form Moyle Rovers could well go all the way.