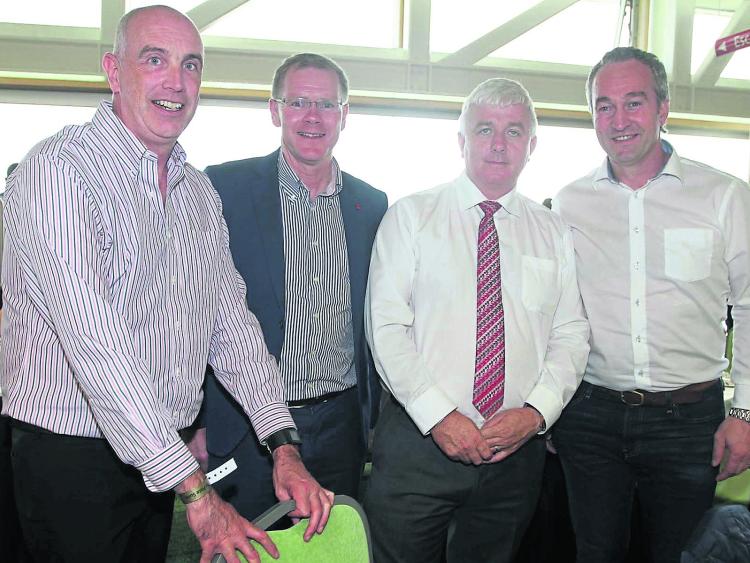 At the September meeting of the Tipperary County Board chairman Michael Bourke declared that the Premier County had “pussy-footed” around the issue of club structures “for long enough” and now was the time to come up with a “workable solution”.

During the meeting chairman of the development committee PJ Maher (Boherlahan-Dualla) broached the subject of the draft proposals to re-structure the club championships in Tipperary and during the ensuing discussion a number of passionate contributions were made by both the club delegates and members of the County Board. The most pointed of which were made by chairman Michael Bourke (Upperchurch-Drombane) who challenged the clubs to “set your status on the field of play”.

The structure would also mean that no club could be knocked out of their respective championship before July 1st while the divisional championships would be stand-alone competitions (with no qualification route to the county championships).

The proposed structure remains in draft format and if voted through by club delegates at the November meeting of the County Board will not come into practical effect until 2020.

“We are running a competition over eleven and thirteen rounds in football and hurling and that space is no longer there. We have to come up with a structure for our competitions and no one has the perfect solution,” County Board chairman Michael Bourke explained.

AGREED TERM COMES TO A CONCLUSION

The term for the current format of the county senior hurling championship comes to a conclusion this year. And, as part of the County Board's intention to piece together a new strategic plan (2017-2020) for Tipperary the county development committee, as chaired by PJ Maher, sought out the opinions of players, officers and the general public via an online survey.

The results of that survey were presented to the April meeting of the County Board along with the new strategic plan proposals which were informed by the issues raised. Indeed, the results of the survey illustrate the need for change.

The proposed re-structure of the club championship is just one element of 2017-20 Strategic Plan, but it is generating heated debate - the plan could, of course, dilute the significance of the divisional senior hurling championships.

Speaking to the Tipperary Star earlier this year County Board vice-chairman and CCC chairman
John Devane argued that “our divisional system is in place for over one hundred years and ha
played a significant role in the development of the GAA in Tipperary. Tipperary is a large county and there is a need for our divisions now and into the future. However, retaining the link between divisional and county championships in many grades is difficult to justify and adds huge complications to our competitions”.

At the September meeting of the County Board in the Sarsfields Centre, Thurles PJ Maher declared that he had “no agenda” and that with this “working document” the development committee were simply reporting and reacting to the opinions of the stakeholders. Mr Maher carefully explained that these were “draft proposals” and that the committee were prepared to “listen to objections, but we also want to hear an alternative plan”.

“We don't have all of the answers, but we are looking for answers,” PJ Maher explained to the meeting.

County Competitions Control Committee (CCC) chairman John Devane is on the record - there is an “urgent need” to address issues associated with the club fixtures schedule in Tipperary in general and the exact structure of our club competitions in particular.

At the November 2016 County Board meeting, hosted specifically to discuss club competition structures, John Devane told delegates: “We have three choices. We can continue as we are and hope for the best like we have been doing. We can go tinkering with the system or we can go for radical change. I would go for radical change and suggest that we run the divisional championships separately to the county championship. If we keep going the way we are going we won’t have county teams and we won’t have club teams. It really is that serious”.

During the September meeting of the County Board Mr Devane described the competition structures in Tipperary as “crazy” while Tom Maher, the secretary of the CCC, asked delegates to “look at the wider picture”.

“You need to remove yourself from whatever situation you are in (with your club) and look at the wider picture - we have got to stop getting emotive about it and parochial about it or we are going nowhere. We have got to come up with a proper plan to run our competitions,” Mr Maher explained before pointing out that decisions made at the GAA's special congress (Saturday, September 30th) could have significant implications for Tipperary.

“We might have no other choice, but to go down a certain road,” Tom Maher said while John Devane warned that a reduction in weeks to play games might even force Tipperary to opt for a county championship based on a straight knock-out system.

Tom Maher, John Devane and County Board chairman Michael Bourke have pointed out on several occasions and in reasonably blunt terms that the format of the senior hurling championship is not fit for purpose.

Now is the time to act and club members, officers and players across the county are encouraged to sit down and consider the options before a decision will be made.