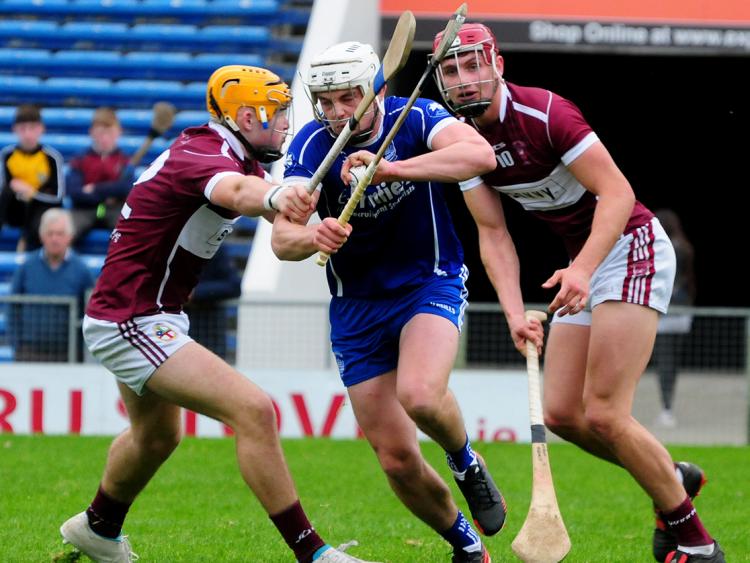 Thurles Sarsfields were chasing a fourth successive county hurling title on Sunday against Borris-Ileigh and a 36th county senior crown, but that was the very last thing on the mind of team coach Paddy McCormack. All he concerned himself with was getting a performance out of his players.

“All we were thinking about was the 2017 championship - that’s the only one we could win today. We are delighted,” Thurles Sarsfields coach Paddy McCormack said in the aftermath of his side’s sixteen-point county final win over Borris-Ileigh (1-24 to 0-11).

Paddy McCormack’s men are the dominant force on the Tipperary club hurling scene, but that dominance is not taken for granted. And, it is that humble attitude that makes the difference. Indeed, it was the performance of his players and not the mention of history which pleased Paddy most on Sunday evening.

“It was probably our best performance of the year - we were struggling a few times; Upperchurch put us to the pin of our collar, Kilruane could have taken us out and we weren’t impressive the last day against Éire Óg Annacarty, but today, from start to finish, we were on top and pushed on. Naturally we will smell the flowers and the bloom. This was nice to win - county finals are hard to win and we will enjoy this one,” Paddy McCormack said with a beaming smile - McCormack was joined on the Thurles management team by manager Tommy Maher and selectors Johnny Enright and Eoin Kelly (Mullinahone).

“Now there was a spell before half-time where we let them back to four points and a small thing here or there could have gotten them back into the game, but, in fairness, in the second half we started off with the first score and we drove it on from there. Every time they got a score we replied with a score,” Paddy McCormack explained before the Thurles Sarsfields coach eagerly paid tribute to all of those who have contributed so handsomely to this 36th county title.

“It is great; it’s absolutely fantastic. We have so many people who put so much effort into this - it is not just today; it goes back to the primary schools in Thurles, the secondary schools, Durlas Óg and all the work done by some many people. So much work goes into this in Thurles Sarsfields. So, we are delighted to have won another county final. Everyone is important - everyone has a part to play,” Paddy McCormack added.

In the wake of Sunday’s terrific performance Thurles Sarsfields will be favoured to progress in the Munster club championship - the Tipperary champions are away to their Waterford counterparts in a provincial quarter-final on the week-ending Sunday, October 29th (Ballygunner, Lismore, De La Salle and Passage are still in contention down south).

“We have not thought about that because when you start out the year with Thurles Sarsfields the Tipperary championship is a hard one to win,” Paddy McCormack revealed.

“I am here for the fifteenth time this year in a county final and I have lost half of them. I know the feeling Borris-Ileigh have this evening so you have to enjoy them when they come along,” McCormack added.