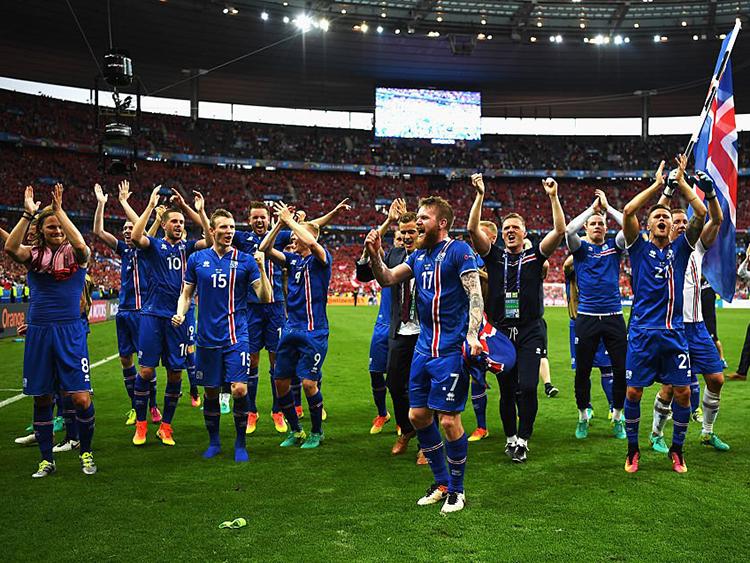 Iceland are the smallest nation ever to qualify for the FIFA World Cup.

Thurles Sarsfields cruised to their 36th county senior hurling title on October 8th (the club’s fourth in succession), but have you ever wondered if the Blues have anything in common with the Icelandic soccer team? Well, as it turns out, quite a lot actually?

Iceland became the smallest nation ever to qualify for a major tournament when doing so for Euro 2016 and then backed up that feat when qualifying for the 2018 World Cup - most recently Iceland topped a group including Croatia, Ukraine and Turkey while en route to the European finals two years previously they beat the Netherlands (home and away).

With a population of just over 330,000 (that’s smaller than Luxembourg) Iceland would have been forgiven for throwing their hands up in despair, but, instead, KSÍ (Iceland’s football association) found a way. Indeed, when you dig deeper you soon realise that this success story represented no miracle. Step by step Iceland built a system which made success inevitable.

The KSÍ understood that talent equals potential, but not success. So, the KSÍ invested in infrastructure and coaching and took a massive stride forward in terms of player development.

To cope with the country’s harsh climate during the late 1990s the KSÍ started to build a network of all-weather pitches and heated indoor arenas which transformed soccer from a summer sport into an all-year-round affair (13 indoor arenas, 30 full-sized artificial pitches, 154 mini pitches & 148 grass pitches).

The KSÍ then decided to take coaching seriously and in 2002 appointed Sigurður Ragnar Eyjólfsson as the association’s director of coach education.

Eyjólfsson recognized that the vast majority of Icelandic children were introduced to the game and guided through their developmental years by parents and/or enthusiastic volunteers (the downside here was that the emphasis was more often than not placed on results as opposed to developing technique - good development is not the result of winning, winning is the result of good development).

Sigurður Ragnar Eyjólfsson identified an opportunity and transformed the future of Icelandic football by employing an army of coach educators who hosted a series of courses on weekends which those interested could take before progressing to earn UEFA pro-license badges. As a result Iceland now has more UEFA-licensed coaches per capita than any other nation (850 coaches with UEFA A, B or Pro licenses - one for every 500 people). Children as young as five are coached by highly-qualified (and paid) coaches; the current generation of senior international players are the first batch to have progressed through this system (during the past five seasons Iceland have climbed 112 places in the FIFA rankings).

So, what has the story of Iceland’s enterprising approach to player development got to do with Thurles Sarsfields?

People love to talk about tradition, but where was Thurles’ tradition between 1974 and 2005 when the club failed to win a county title?

Rather than sit back and complain in 1978 a group of like-minded people met in Hayes’ Hotel to discuss the obstacles faced by the Thurles outfit and decided to form a new juvenile club - in 1979 that group of concerned Thurles people pulled together and inaugurated Durlas Óg. A decision was made to invest significantly in coaching.

Following the recent county senior hurling final Thurles Sarsfields captain Pádraic Maher was eager to make the point that the Blues deserved to be winning county titles since the club and the players had earned the right to do so by doing the work required to succeed.

The Thurles Sarsfields renaissance was built from the bottom up as opposed from the top down - how many clubs, for instance, attempt to fix their problems from the wrong end of the problem? How many clubs believe that the appointment of an outside coach will deliver success?

Just look at the pattern at minor level - Thurles Sarsfields have won county minor A titles three times in the past eleven years (2006, 2007 & 2010), but the Blues’ coaching machine has worked to develop those players and during that same period Sars have won six county under-21A hurling titles while also fielding an under-21B team. Thurles Sarsfields work to improve their players; many other clubs do not.

During the Blues’ extraordinary county championship run since 2014 Sars have won 25 games from 26 (lost to Kiladangan in a 2015 group game having already qualified for the knock-out phase of the competition) - in 26 games Thurles have scored 42-578 (conceded 24-350) and have registered an average winning margin of 11.6 points (+290). Indeed, very few sides have actually got within a score of the four in-a-row champions.

And, the style of the Blues’ comprehensive win over Borris-Ileigh in the 2017 decider begs the question: who gets to lose the 2018 final to Thurles Sarsfields?

Indeed, as Thurles Sarsfields prepare this week to face into a provincial quarter-final against the Waterford champions you wonder if we are letting the Blues down in Tipperary. Is it getting too easy for them? Are Sarsfields facing a dominance dilemma?

Thurles rarely look threatened in club games here in Tipperary - the outcome is never really in doubt and therein lies the problem; if keeping the score down against the Blues is a perfectly acceptable result for other club teams that’s hardly Thurles’ fault, but it could become their problem. If damage limitation is the extent of the opponents’ ambition then how can the champions improve?

Yes, you can be sure that Blues fans enjoy watching their team succeed, but, ideally, Sarsfields need to prevail after a contest in which uncertainty has played a part in order to battle harden themselves for the tests that teams like Ballygunner (Waterford) and Na Piarsaigh (Limerick) can pose.

The vast majority of clubs in Tipperary would do well to note the example set by Thurles Sarsfields - the Blues have the resources of a big town team, but they combine that with the resourcefulness of a country club team. And, fair play to them. 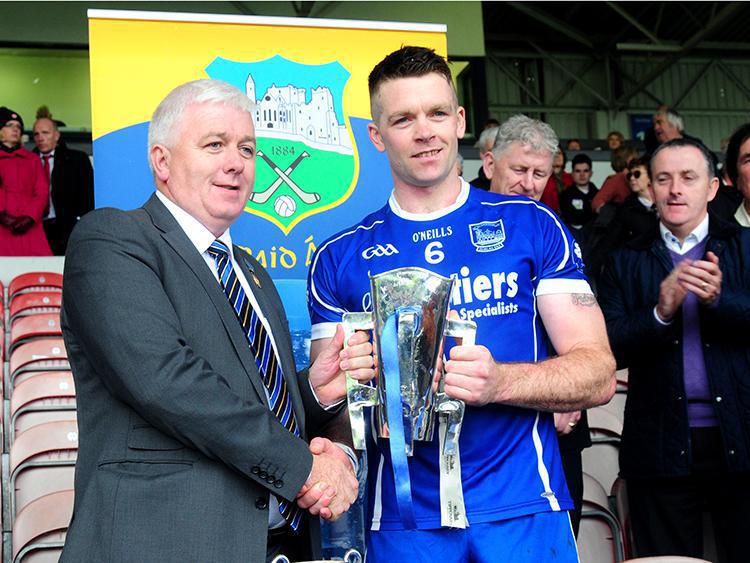