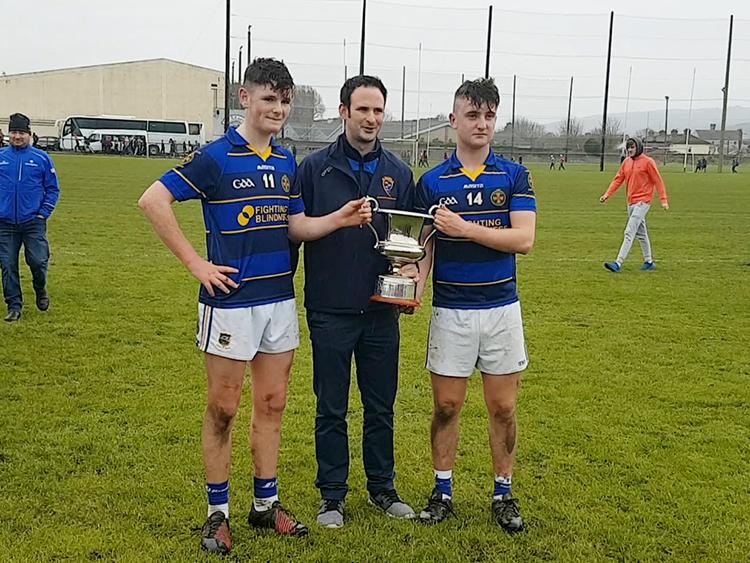 In an extraordinary display of raw grit CBS Thurles stormed back from seven points down to beat Midleton CBS in the Dean Ryan Cup final (Munster under-16.5A colleges hurling championship) at the Clonmel Sportsfield on Wednesday afternoon.

Entering the final quarter of this thrilling decider CBS Thurles found themselves in a very deep hole. Although CBS Thurles trailed by two points at the break they fought back to take the lead (1-8 to 0-10), but then shipped 2-3 in eight minutes. Indeed, by the 45th minute a highly-talented Midleton CBS team had streaked into a seven-point lead (2-13 to 1-9). And, to complicate matters CBS Thurles had also been reduced to fourteen men as early as the 42nd minute.

The Tipperary lads, however, made little of the circumstances that they found themselves in and managed to out-score their Cork counter-parts 2-6 to 0-2 during an extraordinary conclusion to this contest. Indeed, this victory, the school’s 13th Dean Ryan Cup title in all, may go down as one of the sweetest won in the storied history of CBS Thurles.

Jason O’Dwyer, AJ Shanahan, Kieran Costello, Jack Lanigan, Edmond Connolly, Stephen Ferncombe and Devon Ryan were excellent for CBS Thurles while Darren Flood was the outstanding candidate for the man of the match award on this occasion.

CBS Thurles got off to a terrific start when, in the very first minute, a smashing move culminated when Darren Flood set up Jack Lanigan for a goal. Stephen Ferncombe added a free to his side’s tally in the fourth minute and CBS Thurles led 1-1 to no-score.

Midleton CBS, however, burst into life and hit 0-6 without reply to take a two-point lead by the 15th minute. Two Seán Walsh frees, two more placed balls from Ryan McCarthy and two classy left-handed strikes from Olan Broderick helped Midleton into a 0-6 to 1-1 lead. Indeed, Midleton also threatened a goal during this period, but ‘keeper Jason O’Dwyer denied Kyle Quinn-Waites with a stunning save.

Three points in six minutes (17th-23rd) re-claimed the lead for CBS Thurles (1-4 to 0-6) - Paddy Creedon’s towering catch preceded a Darren Flood strike and Stephen Ferncombe converted a free soon after while Edmond Connolly cracked over a superb long-range effort in the 23rd minute.

Midleton responded when out-scoring Thurles 0-4 to 0-1 during the remaining minutes of the opening half and duly established a 0-10 to 1-5 interval advantage with only Devon Ryan managing a response for the Tipperary lads. 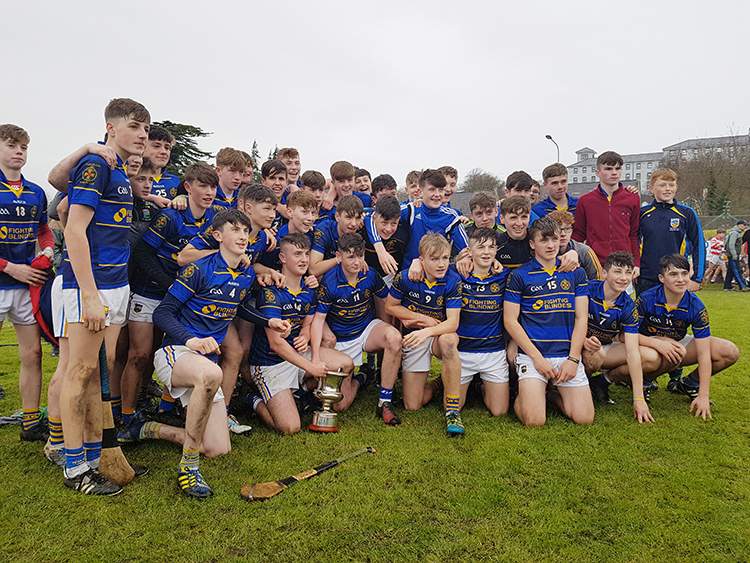 CBS Thurles made an enterprising start to the second half and thanks to three consecutive points forced themselves into a 1-8 to 0-10 lead by the 36th minute - Jack Lanigan scored two points during this encouraging period while Thurles pieced together an excellent move which Devon Ryan brought to a conclusion following a smart assist from Eoin Purcell.

Midleton CBS, however, struck for their opening goal in the 37th minute when Kyle Quinn-Waites batted home Seán Walsh’s cross. Seconds later Noel Cahill threatened another three-pointer, but, thankfully, an alert Jason O’Dwyer saved once more. Ryan McCarthy converted the resultant ’65 and although Stephen Ferncombe responded with a ’65 Thurles were reduced to fourteen men in the 42nd minute when Ryan Walsh was dismissed for a second bookable offence.

Another Ryan McCarthy free opened a three-point gap before the advantage enjoyed by Midleton was doubled in the 44th minute when Kyle Quinn-Waites grabbed a Ciarán Joyce delivery and buried a superb goal. Seconds later Ryan McCarthy converted another placed ball and Midleton CBS led 2-13 to 1-9.

CBS Thurles needed a little encouragement and found it in the 46th minute when Paddy Creedon’s effort at a point hit a post and dropped down to Stephen Ferncombe who fired home an opportunist goal. Two minutes later Thurles struck for another three-pointer - Jack Lanigan climbed high and grabbed Kieran Costello’s searching free before cracking home a superb shot (3-9 to 2-13).

The equaliser materialised in the 49th minute when Stephen Ferncombe steered over a tricky free. Indeed, the Clonoulty-Rossmore man’s strike proved especially satisfying since the corner-forward was distastefully jeered by a vocal section of the Midleton supporters.

Darren Flood, who was now hurling superbly in the middle third of the field, picked out Ferncombe with a smashing stick pass in the 52nd minute and the Clonoulty-Rossmore star fired his side into the lead. CBS Thurles then conjured the score of the game in the 54th minute. Full-back Conor Stapleton batted a ball down to Kevin Hayes who moved possession smartly out of defence and into the hand of Kieran Costello. The wing-back, in turn, found Devon Ryan and the Knockavilla Kickhams man landed a glorious point off his left.

Midleton hit back via a Seán Walsh free, but Jack Leamy recycled the ball into the hand of Darren Flood in the 56th minute and the Moycarkey-Borris man landed a monster point off his right hand from inside his own 65-yard line. Seconds later Devon Ryan notched another off his left before a Stephen Ferncombe free in the 58th minute helped CBS Thurles into a 3-15 to 2-14 lead.

A Seán Walsh free dragged Midleton to within three of their opponents and although the Cork lads chased a goal in injury time a clear cut opportunity failed to materialise. Game over. 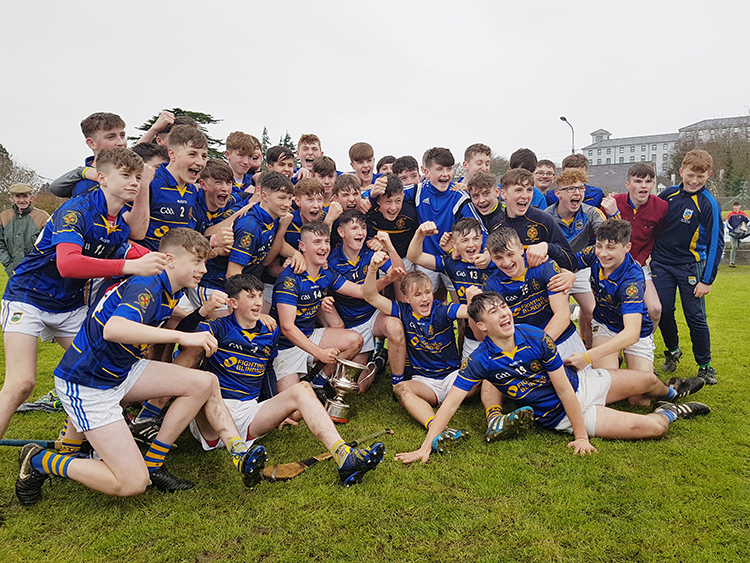