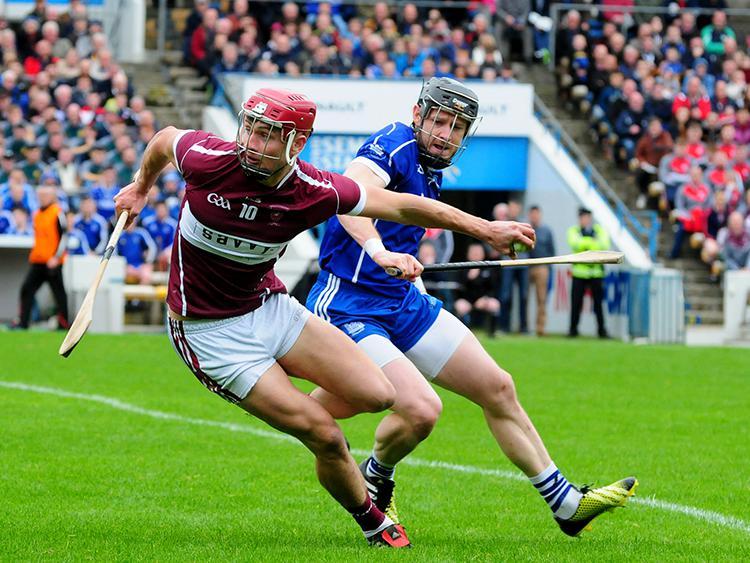 The results of a survey carried out by the Club Players Association (CPA) suggests that there is a significant disconnect between how Tipperary club players and how club delegates and administrators want to see the domestic championships in the Premier County structured. And, Tipperary CPA co-ordinator William Coleman is urging club delegates to discuss the County Competitions Control Committee (CCCC) proposal with their players.

In recent days the CPA, led by Tipperary co-ordinator William Coleman (Gortnahoe-Glengoole), carried out a survey specifically aimed at the 1,800 members of the association in the Premier County. The survey canvassed the Tipperary members of the CPA for their opinion on whether the players would be in favour of a proposal which would see the club championships run on a county-wide basis with a minimum of four games for every club, but without maintaining a link to the respective divisional championships.

Over 500 players participated in the survey while a further 192 made detailed remarks on the issue. In all 319 of the individual players surveyed (63.55%) voted in favour of breaking the link between the county and the divisional championship - 145 players (28.88%) voted to maintain the link with the divisional championship while 38 players (7.57%) revealed that they were “not sure”.

The CPA survey echoes a number of findings revealed by the County Board development committee earlier this year.

As part of the County Board's intention to piece together a new strategic plan (2017-2020) the county development committee, as chaired by PJ Maher, sought out the opinions of players, officers and the general public via an online survey earlier this year. The results of that survey were presented to the April meeting of the County Board.

In an interview with the Tipperary Star this week William Coleman also made specific reference to a potential re-structure of the county senior hurling and football championships which is likely to be proposed by the County Competitions Control Committee (CCCC) - that proposal seeks to break the link between the county and the divisional championships.

“On viewing the results of the survey it's clear that there is a huge disconnect between these delegates and their players. With 64% in favour of the CCCC proposal how can these delegates claim to be reflective of the players' views,” the Gortnahoe-Glengoole club secretary asked.
Indeed, William Coleman then proceeded to argue that the “re-structuring of the championships as proposed by the CCCC can only strengthen the hurling and football standards in Tipp”.

In October the County Board hosted a ‘Club Forum’ in the Anner Hotel, Thurles - the event represented an opportunity for players and club officers to have their say on the matter.

The forum featured presentations by Paudie O'Neill (chairman of the National Hurling Development Committee), Peter Twiss (secretary of the Kerry County Board), members of the Tipperary Competitions Control Committee and Paddy Stapleton (Borris-Ileigh) before Tipperary County Council CEO Joe MacGrath guided those in attendance through a workshop and chaired a discussion on the key issues.

The problem is that the structure of the new inter-county season means that there will not be enough dates to run the county senior hurling championship in its current format. Although the month of April has been ring-fenced for club activity it is not practical to pack that time of year with club fixtures.

The Tipperary hurlers' league campaign, for example, is scheduled to come to a conclusion on March 24th at the latest (NHL final) and the footballers' on April 1st (NFL division two final) at the latest. The footballers will then launch their Munster championship campaign on May 19th (versus Waterford) while the hurlers return to competitive action on May 20th (away to Limerick).

Although it is tempting to think that this window can be packed with rounds of the county senior hurling and football championship it is not realistic nor practical to do so. Indeed, it is understood that Liam Kearns (senior football manager) and Michael Ryan (senior hurling manager) have requested that only two rounds of the senior club hurling and football championship be played between the conclusion of the Allianz National Leagues and the launch of the inter-county provincial championships.

Are you prepared to ask the Tipperary inter-county players to play a series of league games and then a whole plethora of club games before then hoping that those players will be in the physical condition to compete meaningfully in an inter-county championship season which features a provincial round robin?

Perhaps the time has arrived for the stakeholders associated the club game in Tipperary to take an enlightened look at the bigger picture. The time may have come for clubs to put their players first. Ask yourself: are you listening to your club players?

At the 2013 County Board fixtures meeting, for instance, Catherine Gleeson made a telling comment when the Kiladangan delegate revealed that her club had canvassed the opinion of their players and based their support for the JK Bracken’s motion to re-structure the 2014 county senior hurling championship on that basis.

“Our players feel that this is the way forward and we will be supporting the motion on the basis of the players’ wishes,” Catherine Gleeson explained.

How many other clubs are actually thinking about how they can best work to provide their players with meaningful games and act in their interests as opposed to wanting to be seen as a senior club or otherwise?

It is incumbent now on every player, club member and officer to educate themselves on the situation faced by the County Board; to ascertain what the options are and to then consult with their individual clubs. You need to start asking your club officers what exactly your club is preparing to vote for and why.

For an explanation of the situation that the County Board now find themselves in and some potential solutions to the problem please click here.