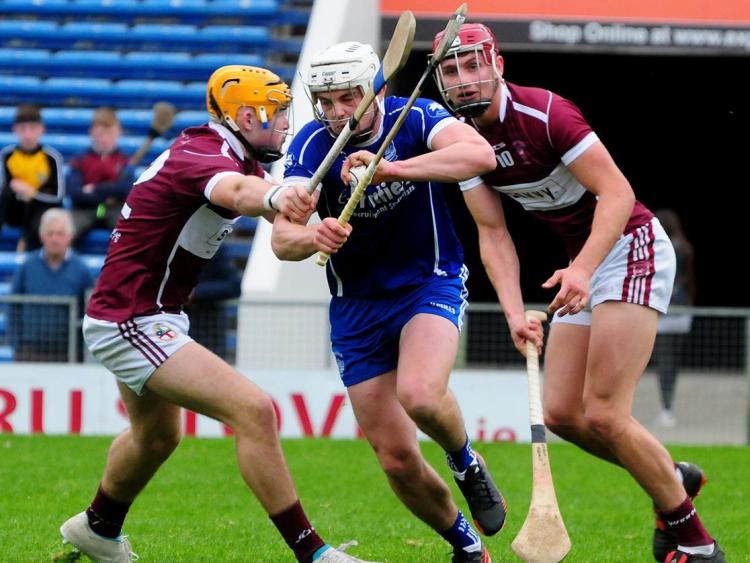 This week the results of a Club Players Association (CPA) survey sparked a huge response from the clubs of Tipperary. The CPA survey suggested a significant disconnect between how Tipperary club players and how club delegates and administrators want to see the domestic championships in the Premier County structured. In response, however, clubs like Holycross-Ballycahill, Borris-Ileigh, Kilruane MacDonagh's, Loughmore-Castleiney, Carrick Swans, Kiladangan, Carrick Davins, Silvermines and Ballinahinch have made it publicly known that their players - following consultation - wish to maintain the link between the divisional and county championships.

It is also understood that a large number of other clubs are also engaged in the process of accurately assessing how their players feel about the potential re-structure of the club championship in Tipperary.

“I personally do not agree with breaking the link and many club players all over Tipperary do not wish to see the link broken,” Jonathan Cullen (Loughmore-Castleiney), a candidate to replace Joe Kennedy as the chairman of the Mid Tipperary division, explained to the Tipperary Star.

“My own club (Loughmore-Castleiney), who are the club that are most impacted by playing a large number of games over a short period, absolutely want to keep the link in both hurling and football and I am sure will be arguing strongly for that at the November meeting,” Jonathan Cullen explained.

“As the person who will be chairman of the Mid (Tipperary) division for the next three years I feel that it is my duty to defend the divisions and the link between them and the county championships. It is also important to point out that should the link be broken in both hurling and football it will have grave implications for the finances of the divisional board which will inevitably have a huge impact on the finances of each and every club in the division. So, there is much more to it than may meet the eye and if a decision was to be taken to cut the link in both hurling and football, not only will it threaten the existence of the divisional structure, but it may also threaten the existence of the very thing we should be fighting to protect our clubs,” Mr Cullen added.

It is, however, interesting to note that the Kiladangan GAA club revealed on their Twitter account that “85% of our players are in favour of retaining the link between (the) divisional and county championship provided the county championship is ran on a group basis with two teams qualifying from each group”.

This is the nub of the issue. The problem is that the structure of the new inter-county season means that there will not be enough dates to run the county senior hurling and football championship in its current format alongside the divisional championships.

Although the month of April has been ring-fenced for club activity it is not practical to pack that time of year with club fixtures.

The Tipperary hurlers' league campaign, for example, is scheduled to come to a conclusion on March 24th at the latest (NHL final) and the footballers' on April 1st (NFL division two final) at the latest. The footballers will then launch their Munster championship campaign on May 19th (versus Waterford) while the hurlers return to competitive action on May 20th (away to Limerick).

Although it is tempting to think that this window can be packed with rounds of the county and divisional hurling and football championships it is not realistic nor practical to do so.

Are you prepared to ask the Tipperary inter-county players to play a series of league games and then a whole plethora of club games before then hoping that those players will be in the physical condition to compete meaningfully in an inter-county championship season which features a provincial round robin?

This week the CPA, led by Tipperary coordinator William Coleman (Gortnahoe-Glengoole), carried out a survey specifically aimed at the 1,800 members of the association in the Premier County. The survey canvassed the Tipperary members of the CPA for their opinion on whether the players would be in favour of a proposal which would see the club championships run on a county-wide basis with a minimum of four games for every club, but without maintaining a link to the respective divisional championships.

Over 500 players participated in the survey while a further 192 made detailed remarks on the issue. In all 319 of the individual players surveyed (63.55%) voted in favour of breaking the link between the county and the divisional championship - 145 players (28.88%) voted to maintain the link with the divisional championship while 38 players (7.57%) revealed that they were “not sure”.

The CPA survey echoed a number of findings revealed by the County Board development committee earlier this year.

As part of the County Board's intention to piece together a new strategic plan (2017-2020) the county development committee, as chaired by PJ Maher, sought out the opinions of players, officers and the general public via an online survey earlier this year. The results of that survey were presented to the April meeting of the County Board.

In an interview with the Tipperary Star this week William Coleman also made specific reference to a potential re-structure of the county senior hurling and football championships which is likely to be proposed by the County Competitions Control Committee (CCCC) - that proposal seeks to break the link between the county and the divisional championships.

“On viewing the results of the survey it's clear that there is a huge disconnect between these delegates and their players. With 64% in favour of the CCCC proposal how can these delegates claim to be reflective of the players' views,” the Gortnahoe-Glengoole club secretary asked.

Indeed, William Coleman then proceeded to argue that the “re-structuring of the championships as proposed by the CCCC can only strengthen the hurling and football standards in Tipp”.

In October the County Board hosted a ‘Club Forum’ in the Anner Hotel, Thurles - the event represented an opportunity for players and club officers to have their say on the matter.

It is incumbent now on every player, club member and officer to educate themselves on the situation faced by the County Board; to ascertain what the options are and to then consult with their individual clubs. You need to start asking your club officers what exactly your club is preparing to vote for and why.