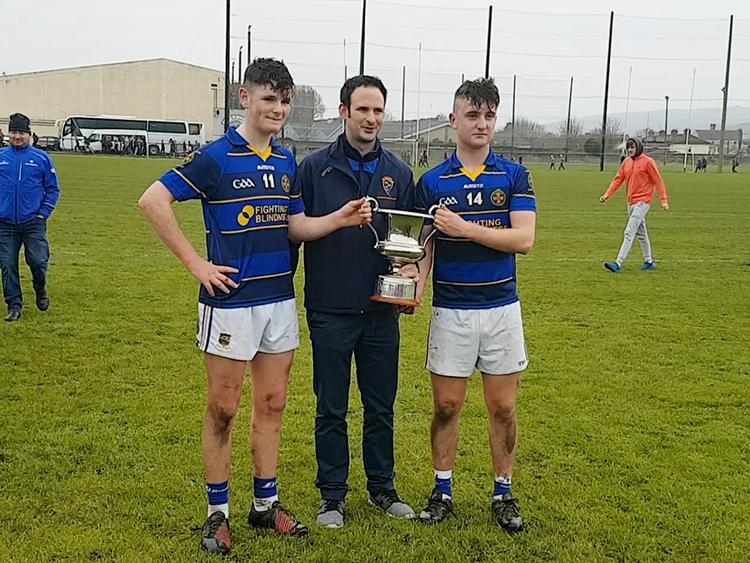 On Saturday, December 2nd Thurles CBS will face St Kieran's in the final of the Masita GAA All-Ireland Post Primary Schools Junior A Hurling Championship (under-16.5A) - the famed hurling nurseries will compete for the Niall McInerney Cup at The Ragg (throw-in 2pm).

To reach this stage of the competition St Kieran's College, Kilkenny won the Leinster provincial championship before beating Gort in the semi-finals on November 18th - Thurles CBS, who won the Dean Ryan Cup (Munster under-16.5A hurling colleges championship) on November 8th received a bye in the last four.

In an extraordinary display of raw grit CBS Thurles stormed back from seven points down to beat Midleton CBS in the Dean Ryan Cup final (3-15 to 2-15).

Entering the final quarter of this thrilling decider Thurles CBS found themselves in a very deep hole. Although Thurles CBS trailed by two points at the break they fought back to take the lead (1-8 to 0-10), but then shipped 2-3 in eight minutes. Indeed, by the 45th minute a highly-talented Midleton CBS team had streaked into a seven-point lead (2-13 to 1-9). And, to complicate matters Thurles CBS had also been reduced to fourteen men as early as the 42nd minute.

The Tipperary lads, however, made little of the circumstances that they found themselves in and managed to out-score their Cork counter-parts 2-6 to 0-2 during an extraordinary conclusion to this contest. Indeed, this victory, the school’s 13th Dean Ryan Cup title in all, may go down as one of the sweetest won in the storied history of Thurles CBS.