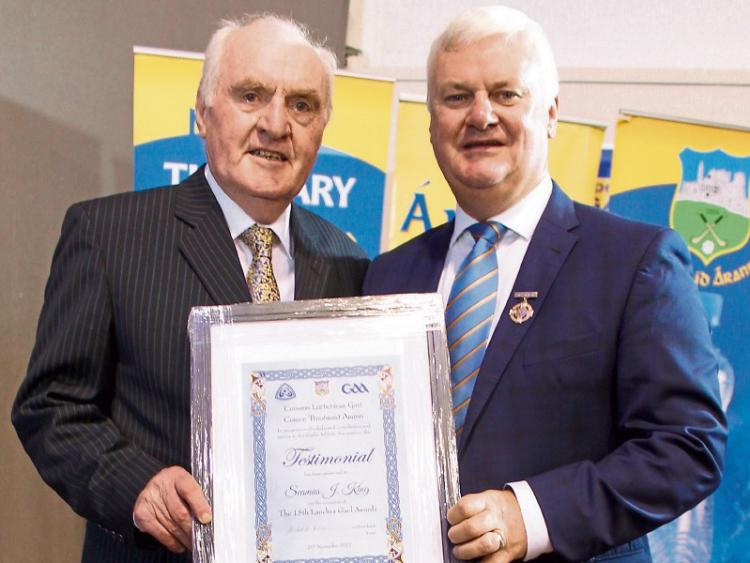 Seamus J King was surprised by his fellow colleagues on the Sean Gael Awards committee last Sunday at the annual presentation of awards when GAA President Aogán Ó Fearghaíl presented him with a Sean Gael Award of his own.

Seamus, a native of Ballymacegan in Lorrha, completed his secondary school education at St Flannan's in Co Clare and then studied in UCC and UCD before travelling to England, Germany and USA for four years before taking up a permanent position at Rockwell College, Cashel in 1965.

Seamus was elected President of the Club in 1999. Seamus is involved in numerous committees he has produced an impressive volume of work and his contribution to the GAA was acknowledged when he received the McNamee Communications Award in 1993.

He has organised reunions for County Final anniversary teams, involved in Year Book Committees, West Board

Seamus is a founder and current President of Lar na Pairce. Seamus was celebrated in Thurles for his knowledge, experience, willingness to work,his enquiring mind and an authority on GAA history.