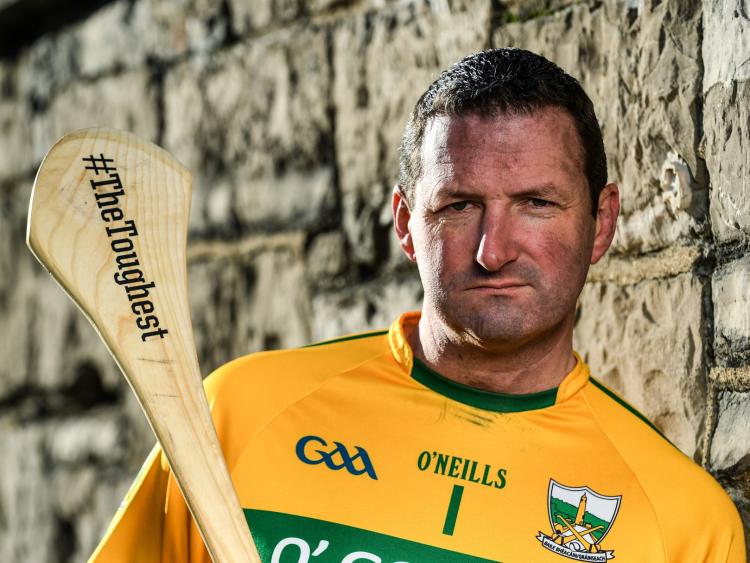 This week former Tipperary goalkeeper Brendan Cummins finds himself preparing for a Munster junior hurling final in the colours of Ballybacon-Grange. And, the decorated custodian is looking forward to the challenge while he also revealed to Shane Stapleton his thoughts of Michael Ryan's Tipperary hurlers.

For a man whose inter-county career stretched from 1995 to 2013, it’s only now on Brendan Cummins’ club odyssey with Ballybacon-Grange that the pressure truly comes on.

The iconic goalkeeper scored three frees en route to a first ever adult title in Tipperary, edging out Toomevara in the county Junior A hurling final.

Since then, the voyage has continued as Ballybacon beat St Catherine’s of Cork to set up a mouthwatering AIB Munster junior hurling championship final against Ardmore of Waterford.

Cummins won five Munster titles with the Premier County, and he’ll come up against old foes who have won seven between them: Seamus and Declan Prendergast.

A buzz is building around the south Tipp club, as the 42-year-old net-minder explains: “We had never won an adult senior county title in the club in 90 years, so beating Toomevara, and the finish to that game, relief was the only word you could use.

“There was no one jumping around the place hugging each other or anything afterwards, everybody was just drained and relieved that we had gotten across the line.

“So since then we’ve obviously beaten St Catherine’s, which were surprised that we were able to do that, and now we find ourselves in a Munster final and the build-up is great around the parish.
“Kids are wearing jerseys, selling the bobble hats and stuff like that, it’s mad stuff for Ballybacon, just crazy.

“No, it’s the same pressure involved, let’s be honest about it,” he says of comparisons with Tipp's big finals.

“There’s maybe even more pressure because you have to go to mass with these people on a Sunday! With Tipperary sometimes when things go wrong, you could go back to your own and they’ll always tell you, ‘look it wasn’t your fault, it was you man from Borris-Ileigh getting in the way, that’s what shagged it up’, or whatever the case may be.

“But when it’s your own then, I wouldn’t say it means more but it is more intense, I suppose.

“I’m trying to call on my experience in the days leading up to the match to make sure we don’t get too carried away, but also then you have a responsibility to the younger lads around the panel, because obviously, it’s their first time ever being in this, they’ve only gone to matches like this.
“So there’s all that to deal with, but I think we’re dealing with it quite well. It’s exciting, and everyone is looking forward to it.”

Once a player hits 30, questions of retirement are never far away but at 42 the veteran has no immediate plans to hang up his boots.

The days of strict diets and Dexa scans may be gone, not to mention crowds of 82,000, and he has had to become more patient with his teammates who operate at a lower level than he was used to.

“When I came back to the club I was all intense, like ‘lads we should be on the field at 7.15pm’, but in reality the coach is only putting out the cones at 7.25pm, and you’re starting at 7.30-7.45pm.
“That was the big thing I saw when I came back, and I was trying to pull back the throttle a small bit on that, but you also have to respect that every guy in the club is making sacrifices to be at training, so you have to respect that and not go mental and nurse them along. That’s what I see my role as now.”

He’s happy to get involved coaching the under-nines and tens in the club, and watch the county game from afar.

The curtain was brought down on a great career when Kilkenny beat Tipp in a 2013 qualifier at Nowlan Park, meaning he couldn’t add to All-Ireland senior hurling medals won in 2001 and 2010.

Those who remained on the scene for the fantastic 2016 triumph couldn’t quite back it up last season, as Galway nudged the Premier out in the semi-final before overcoming Waterford.

Cummins feels that manager Mick Ryan needs to bring through some fresh talent, but of course recognises that the team that won an All-Ireland just 14 months ago is still intact.

“Well what I saw this year and it wasn’t any fault of the management, it was just the pressure on you when you are a Tipperary hurler, or anyone I suppose but I can only speak about Tipp; it kind of sucked the enjoyment out of it.

“The flair that we had and the whole playing with abandon that was there from the year before was gone. It became very ‘I’m playing for Tipp, this is what I should be doing,’ rather than going out with a freedom.

“Looking at the players, especially the seasoned guys – it looked like they were going to work. That’s not any fault of Mick Ryan, that’s just external pressure pushing down and when you lose a match in Tipp it’s like the end of the world: ‘This is it, we’re all failures and that’s the end of it.’

“That external pressure just seeped in a bit and I think the players, by their natural goals, set higher expectations than anybody else would of them. If you were a player you’d be saying ‘I should be way better,’ even though the supporters might say you are going well.

“As a player you are saying ‘I need to be better than this,’ and I think that just all came down on top of it. After all that being said, we were only a point away from the All-Ireland champions.

“But Galway are worthy champions and they move on and we’ll see how they deal with the pressure of it next year. But Tipp need a few more players and I’m sure Mick will find them, they are there.”