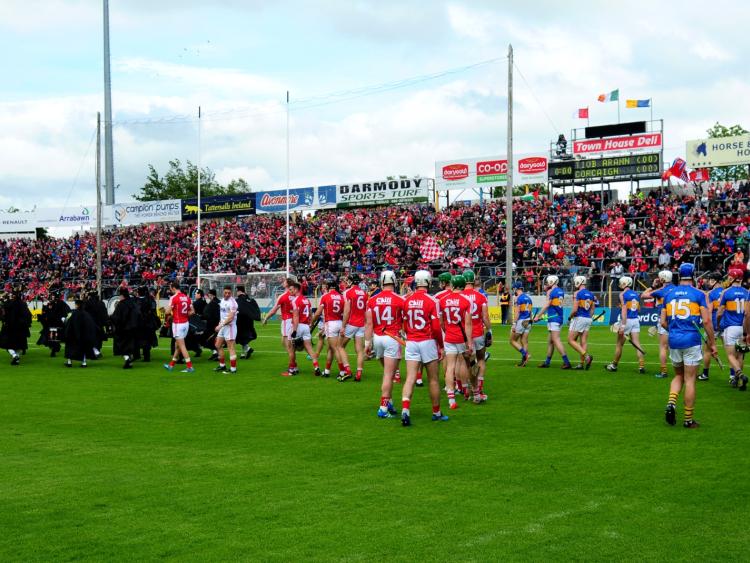 Guess who's back: the Tipperary hurlers return to the field of play on Saturday, December 9th when the Premier County host Laois for a challenge match at Puckane. Photo: Eamon McGee

Tipperary will take on Laois in a senior hurling challenge on Saturday, December 9th at the Kiladangan GAA Grounds in Puckane at 2pm (€10 per adult with all proceeds going toward the Kiladangan NS defibrillator fund and Living Links Ireland).

The Premier County hurlers will not participate in the up-coming Munster Hurling League while the footballers will not compete in the McGrath Cup. Liam Kearns’ men launch their Allianz National Football League division two campaign away to Cork on January 27th while the hurlers launch their league programme away to Clare on January 28th. So, Saturday's game represents a neat opportunity to see how Michael Ryan's hurlers are shaping up ahead of the 2018 campaign.

Following last week's County Board meeting the structure of the 2018 season is now known on both the inter-county and domestic club scene - please see pages 80-81 of this week's Tipperary Star for a series of reports written by Noel Dundon on the structure of the club championship in the Premier County.

The final of the Tipperary Water County Under-21A Hurling Championship is sure to attract the attention of hurling supporters as Holycross-Ballycahill and Kiladangan prepare to clash in a tantalising decider on Sunday, December 10th in Templederry (throw-in 1.30pm).

The semi-finals took place last weekend with Kiladangan accounting for Clonoulty-Rossmore (1-18 to 1-7) and Holycross-Ballycahill seeing off the challenge of Carrick Swans (1-25 to 1-8).

The respective sides feature some cracking hurlers which should make for a fitting conclusion to the action on the club scene. Watch out for Dara Woods, Conor Ryan, Bryan O’Mara, Matty Stakelum and Jack Skehan to make a big impression for Holycross-Ballycahill while Kiladangan will hope that Ciarán Kelly, James Quigley, Decky McGrath, Willie Connors and Billy Seymour can inspire their side to a famous victory.